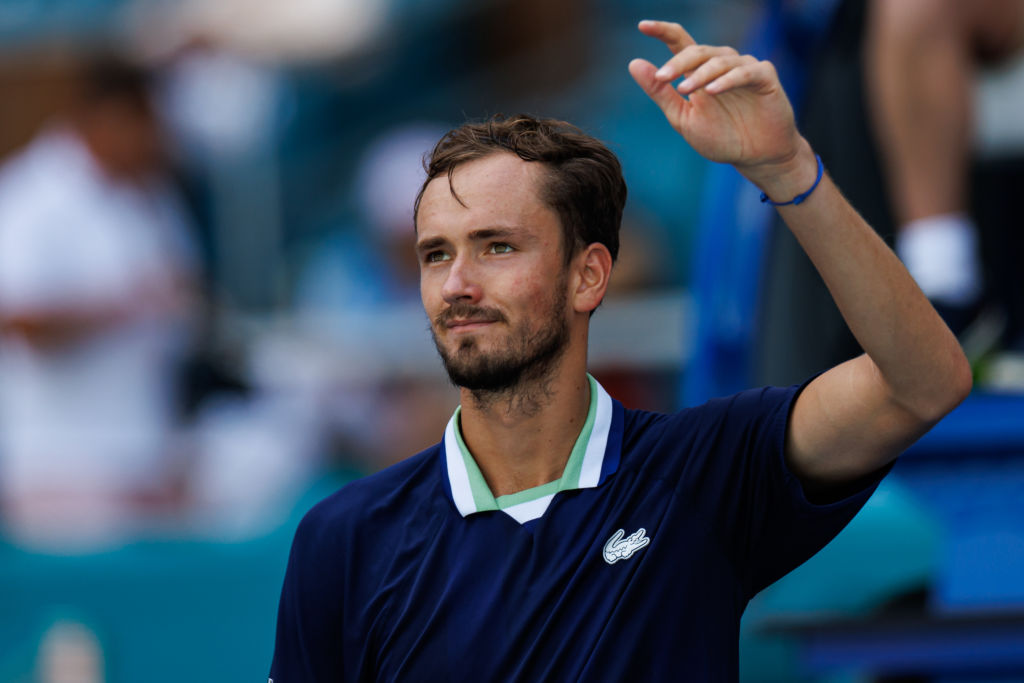 Russian and Belarusian players will not be allowed to compete at this year’s Wimbledon.

Tournament organisers are set to impose the ban due to the invasion of Ukraine. Players from the two countries have so far been permitted to continue taking part on the tennis tour but under a neutral flag and with no anthem played.

Men’s world No.2 Daniil Medvedev of Russia and women’s world No.4 Aryna Sabalenka of Belarus will be among those affected by the decision.

Wimbledon is scheduled to run from Monday, June 27 to Sunday, July 10 and the All England Club will confirm the ban later on Wednesday.

Wimbledon officials have been in ongoing talks with the UK Government regarding the situation, in addition to a number of other bodies, including the Lawn Tennis Association.

UK sports minister Nigel Huddleston previously called for all Russian and Belarusian athletes to prove they are ‘genuinely neutral’ and give assurances they do not support or receive money from Vladimir Putin or the Russian regime.

‘It cannot just be a sanction against 90% of the Russian people and 10% not,’ Savchuk told the New York Times.

‘It has to be even and I think it is collective guilt.’

Ukrainian former world No.13 Alexandr Dolgopolov, meanwhile. thanked Wimbledon for ‘stepping up and showing the world an example’.

‘I believe Russia should be isolated in all possible ways, and the people of Russia have to solve this problem,’ he told BBC Sport.

US Open champion Medvedev reached the fourth round of Wimbledon last year, while Sabalenka was a beaten semi-finalist.

Players from the two countries will still be permitted to enter the French Open, which begins next month.