Wimbledon will enjoy full capacity crowds on its two main show courts from the quarter-finals onwards. This year’s event has had a reduced capacity so far due to the coronavirus pandemic.

But the tournament has now been given permission to operate at full capacity following a successful first week as part of a trial event to see how large scale events can operate in a post-pandemic world.

Wimbledon have been forced to operate at a reduced capacity for the first week although crowds on Centre and No 1 Court did not have to be socially distant or wear masks.

The event was originally given permission to stage both the men’s and women’s finals at full capacity but that has now been expanded to the quarter-finals and semi-finals.

The decision is a boost to the tournament which is seen as one of the highlights of the British sporting summer.

The tournament said in a statement: “Following the successful staging of the first week of The Championships, as agreed with the Government’s Events Research Programme and in consultation with our Local Authority in Merton, the AELTC is pleased to confirm that Centre and No 1 Court will feature 100 per cent capacity crowds for the Quarter-Finals, with Centre Court also at 100% for the Semi-Finals and Finals.

JUST IN: Wimbledon prize money 2021: How much are tennis players netting per round? 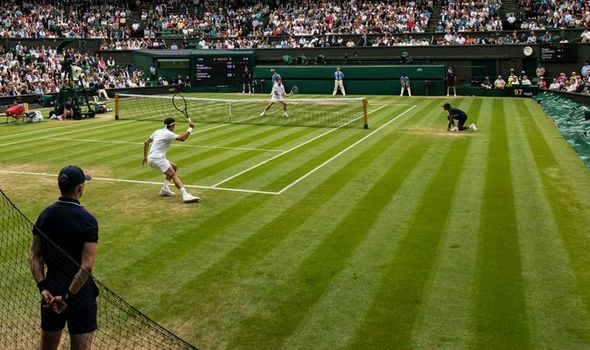 “This marks the first full outdoor stadiums at a sporting event in the UK since the pandemic began.

“Capacity across the rest of the Grounds will be reduced according to the number of courts in play.

“Ticket-holders will continue to be required to show proof of their COVID-status on arrival, and are asked to observe the guidance around wearing face coverings on the move and supporting any additional mitigation measures in place.” 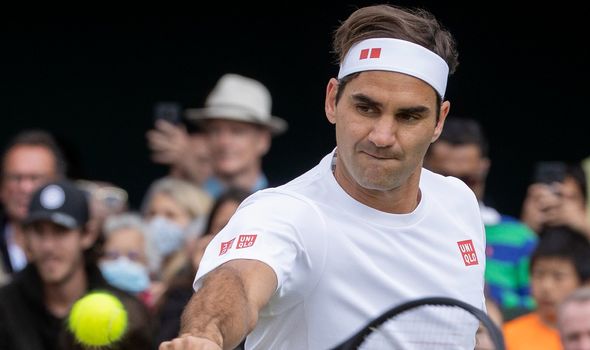 The quarter-finals begin on Tuesday in the women’s draw whilst the men’s begin on Wednesday.

The semi-finals are played on Friday with the women’s and men’s finals played on Saturday and Sunday.

Wimbledon was cancelled in 2020 because of the coronavirus pandemic.

The tournament has returned this year but with restrictions in place.