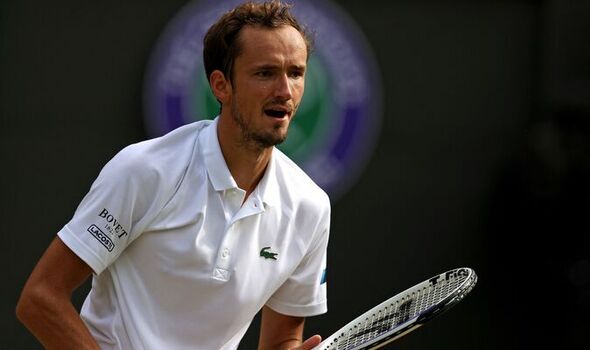 The All England Lawn Tennis Club has explained their decision to ban all Russian and Belarusian players from Wimbledon this summer. In their annual spring press conference, Chairman Ian Hewitt and Chief Executive Sally Bolton explained two “firm conclusions” they came to that informed the decision based on “directive guidance” from the UK government.

Wimbledon announced last week that all Russian and Belarusian players would be banned from The Championships this year in response to the war in Ukraine. The Chairman and Chief Executive all the AELTC have now explained that this was the only “viable option” in light of UK government guidance for sporting bodies and events with the “specific aim of limiting Russian influence”.

Ian Hewitt explained that the guidance did not allow for direct entry into The Championships based on rankings alone, and gave them “in effect” two options – “declining entries or allowing entries but with only specific written declarations from individual players.”

The AELTC Chairman confirmed that this allowed them to draw two firm conclusions after “lengthy and careful consideration” which informed their final decision to issue a blanket ban over all players from the two nations. He explained: “Even if we were to accept entries with a declaration,” it would “risk their success or participation being used to benefit the propaganda machine of Russian regime.”

He also said there was a “duty to ensure that no actions they take should put the safety of players or families at risk.” As a result, the AELTC officials believed they “made the most responsible decision possible in circumstances” with “no viable alternatuve in a truly exceptional and tragic situation.”

In their official statement announcing the ban last week, Wimbledon wrote: “Given the profile of The Championships in the United Kingdom and around the world, it is our responsibility to play our part in the widespread efforts of Government, industry, sporting and creative institutions to limit Russia’s global influence through the strongest means possible.”

Sally Bolton confirmed that Wimbledon had “direct conversations with some of the impacted players” before making the decision, when choosing between opting for a blanket ban or allowing those who signed declarations.

“When the government issued the guidance, we did consult broadly with the tours and the players about their reflection about what the guidance might be,” she explained. Hewitt also said that, while the AELTC did not speak with the Prime Minister, they “had deep conversation with the Secretary of Sport and others in the Department for Culture, Media and Sport.”