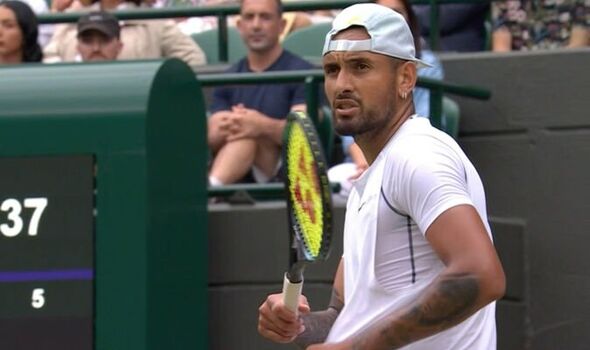 The Court 1 crowd could be heard shushing as Nick Kyrgios went to complain to the umpire midway through the third set of his Wimbledon quarter-final. Some fans appeared to be telling the Aussie to be quiet while others sounded like they were joining him in telling rowdy members of the crowd to be quiet. Kyrgios leads Cristian Garin by two-sets-to-love.

Kyrgios has looked convincing in his second Wimbledon quarter-final, taking a two-set lead over Garin. There have been few moments of controversy for the 27-year-old on Court 1, in start contrast to his last outing on the court for his third-round match against Stefanos Tsitsipas.

But the world No 40 did get the spectators shushing after he went to complain to the umpire about something but didn’t appear to continue his complaint. While serving at 2-3 in the third set – when he was forced to save break points – the Aussie started walking towards the umpire’s chair and sounded as though he was moaning about noise from the crowd before the fans collectively started sushing.

Some were thought to be telling Kyrgios to be quiet and stop complaining, while others seemed to be joining in with the 27-year-old and asking the louder fans in the stands to stop calling out.

JUST IN: Nadal injury ‘very difficult to handle’ as Fritz struggles in tie 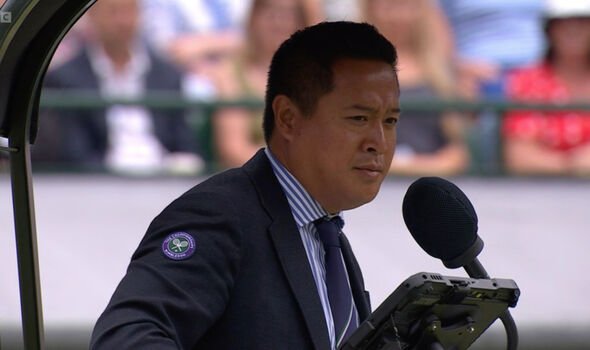 The former world No 13 has been relatively tame in his tie against Garin, as he bids for a maiden Grand Slam semi-final. He also remained composed in his fourth-round win over Brandon Nakashima on Monday, battling through for a five-set comeback victory on Centre Court.

After the match, he admitted he thought he had grown and matured as he said: “Well, I just feel like I’ve been through so much. I feel like I’m able to stay more composed. Today I was almost just smiling and laughing to myself on the far side, just knowing I was locked in an absolute battle. Where in the past I wasn’t able to kind of enjoy that.

“Like I kind of was enjoying the fact that I was, like, two sets to one, obviously before I lost the fourth. He was playing really well. I wasn’t playing that great. But I was almost enjoying the competitiveness.” 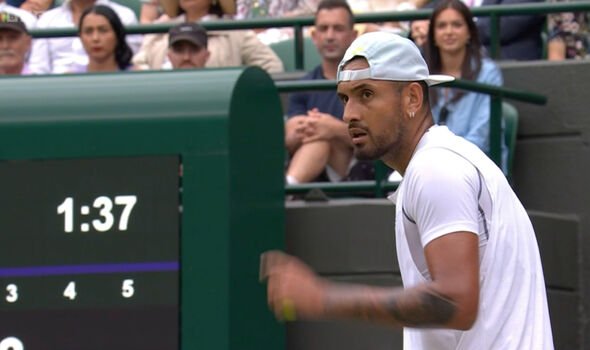