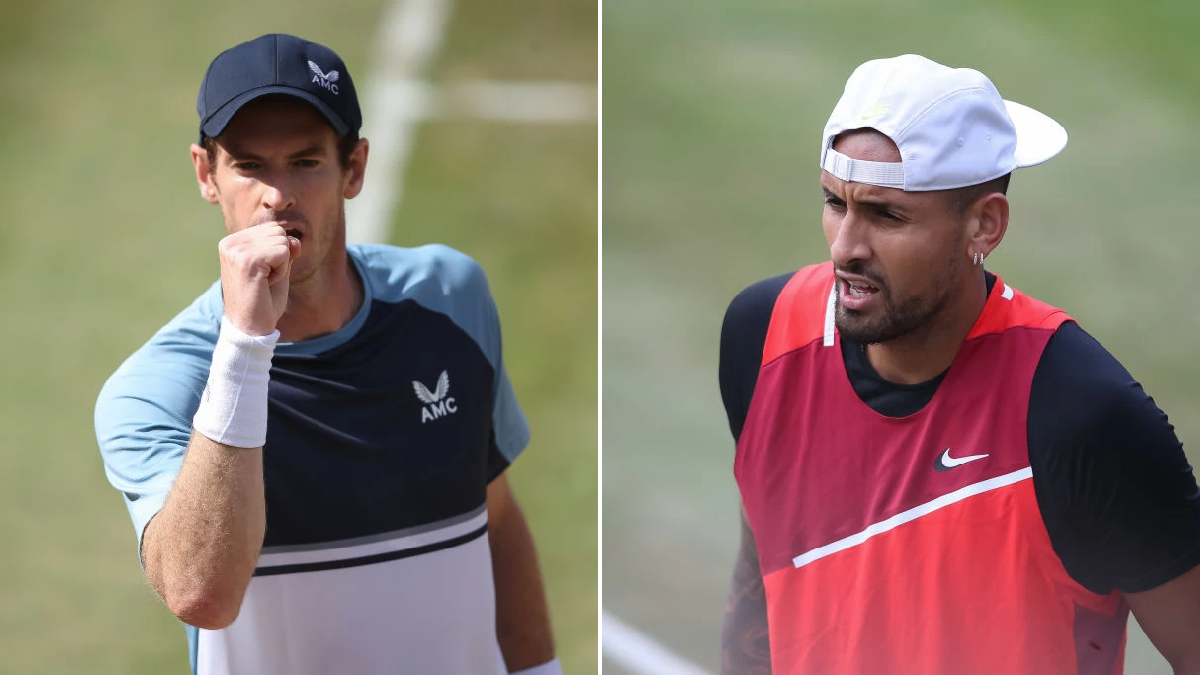 Tennis star Nick Kyrgios says he was the victim of racist abuse during his straight-sets defeat to Andy Murray in Stuttgart.

The Australian looked increasingly frustrated during his 6-7 2-6 defeat to the Brit in Saturday’s semi-final in Germany.

Kyrgios was penalised at the start of the second set after losing his temper and smashing his racquet.

Explaining his outburst after the match, Kyrgios wrote on Instagram: ‘When is this going to stop? Dealing with racial slurs from the crowd?

‘I understand that my behaviour isn’t the best all the time – but “you little black sheep”, “shut up and play” – little comments like this are not acceptable.

‘When I retaliate to the crowd, I get penalised. This is messed up.’

‘I’m sure we will both focus on having good runs in the singles, but yeah – I’d love to do that.’

Raducanu, who shot to fame after winning the US Open last year, is also open to teaming up with Murray.

She said last week: ‘We haven’t actually spoken about it but it’s something we feel we both want to do. I’m not sure if this is going to be the year but hopefully it will happen.’