Home » Tennis » Tennis ranking permutations with Nadal, Alcaraz or Ruud in No 1 battle 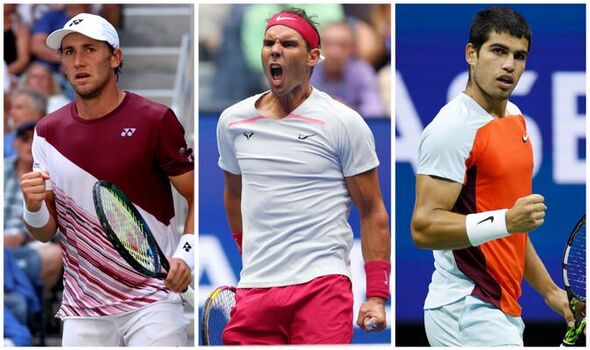 Daniil Medvedev knew that losing to Nick Kyrgios came with a double blow of crashing out of the US Open and also losing his grip on his status as world No 1 status. And with the Russian set to relinquish his title, Rafael Nadal, Carlos Alcaraz and Casper Ruud are primed to pounce to be crowned the best of men’s tennis.

The trio are in the hunt to replace Medvedev at the pinnacle of the ATP Rankings following Medvedev’s fourth-round exit at Flushing Meadows.

And with Alexander Zverev still out injured, it gave No 3 ranked Nadal, along with Spanish prodigy Alcaraz and the highly-rated Ruud the chance to make the position their own.

But what does each player need to rise to the top of the rankings? Express Sport has run the numbers and permutations for each player, so you don’t have to. 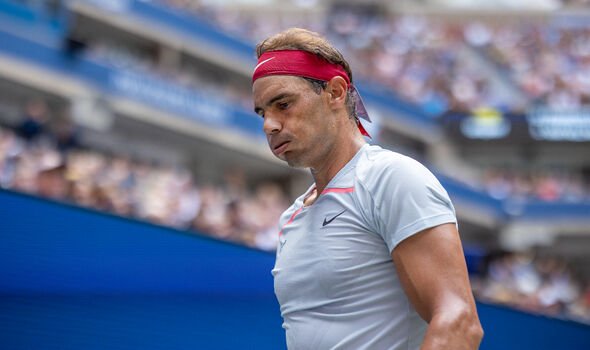 Nadal can still return to the world No 1 ranking and extend his run which currently stands at 209 cumulative weeks, but the veteran will be uneasy knowing that his fate is no longer in his hands.

The 36-year-old was knocked out by Frances Tiafoe from the US Open at the last-16 stage meaning he will not be able to add to his 22 Grand Slams until the Australian Open in January. In doing so, it also prevented him from guaranteeing his return to the No 1 rank.

But the Mallorcan could still be the man to replace Medvedev at the peak of men’s tennis depending on how Alcaraz and Ruud progress for the rest of the tournament. Both men are through to the quarter-finals and Nadal will become world No 1 if neither makes it past the semi-finals. 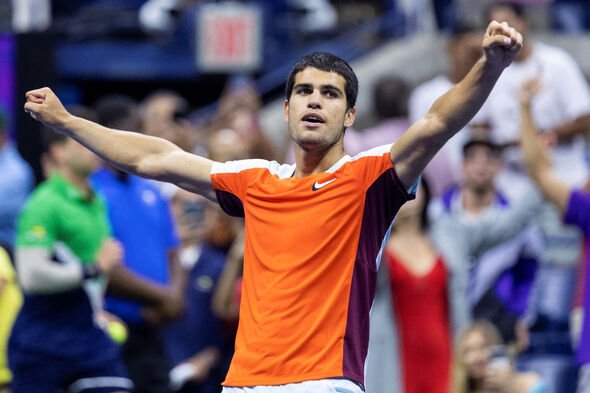 In the event that Nadal had beaten Tiafoe in the round of 16, Alcaraz knew that he would have had to win the US Open to become the youngest number one in the history of the ATP Rankings. But after his shock exit at the hands of the American, Alcaraz is a step closer to making history.

At the age of 19 years and 128 days, Alcaraz would smash the record set by Lleyton Hewitt back in 2001, when the Australian was 20 years and 263 days old. And the reality of achieving the extraordinary feat has edged somewhat closer after Nadal’s defeat

It means Alcaraz — who was on the same side of the draw as his hero — would no longer have to beat Nadal to climb to the summit. Now, the teenager has the clear objective of reaching the final and if Ruud does not meet him there on Sunday, he will follow in Nadal’s footsteps by ascending to world No 1.

However, if Ruud does reach the final, it would mean the players would battle it out for their maiden Major title and also the right to call themselves the world No 1. 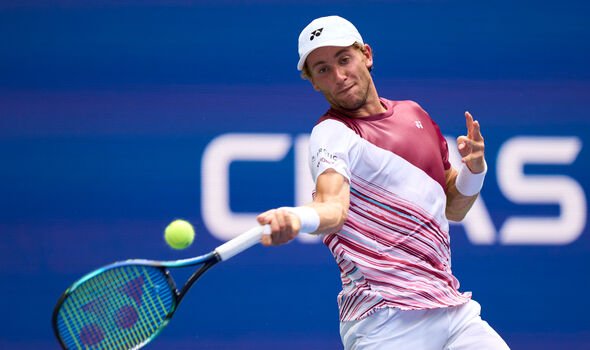 The entire nation of Norway will be cheering on Ruud for the rest of the tournament now that becoming world No 1 is effectively in his hands. If he wins the tournament, he will not only become the first Norwegian to win a Slam but also their first No 1.

Much like Alcaraz, he had to wait and see if Nadal would progress to the last eight before his defeat to Frances Tiafoe. Now that the Spaniard is out, it will be between himself and Alcaraz should both men reach the final.

It is worth pointing out that out of the two, only Rudd has played in a Grand Slam final before — losing to Nadal at the French Open this year. And that could give him a slight advantage if he faces off against Alcaraz in the final.

However, if he reaches the final and Alcaraz fails to get past the semi-finals, he will be No 1 even if he loses.