Taylor Fritz has spoken out after Wimbledon quarter-final victor Rafael Nadal withdrew from the tournament. Fritz lost out to an injury-hampered Nadal in a thrilling five-set clash on Wednesday and the Spaniard had been due to face Nick Kyrgios in the semis, but has now pulled out. That’s because of an abdominal muscle tear that is said to be 7mm.

The 22-time Grand Slam winner says the issue is too bad for him to play through the pain even though he finished his match against Fritz, winning a fifth-set tiebreak to progress to the last four. His withdrawal means Kyrgios will be given a bye into his maiden Major final.

The Australian is the first player in the Open Era to receive a walkover into a Wimbledon final. Fritz, though, is not bitter about the fact he would’ve been playing Kyrgios on Friday had Nadal retired mid-match rather than afterwards.

World No 14 Fritz wrote in a reply on Instagram: “Nah not looking for handouts, if I couldn’t beat him then I don’t deserve to be in semi. Simple as that.” Fritz’s reaction comes after Nadal called a press conference a little after 7pm UK time at the All England Club. 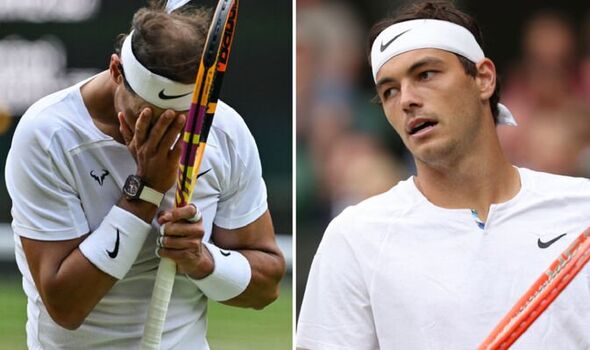 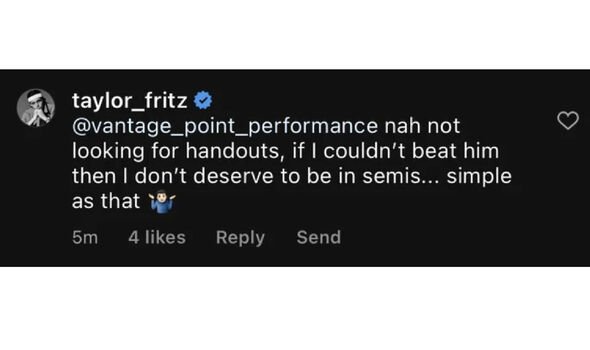 The two-time Wimbledon champion addressed the media and admitted he was “very sad” to have to pull out of his semi-final. But he added: “For me the most important thing is happiness more than any title, even if everybody knows how much effort I put to be here.

“But I can’t risk that match and stay two, three months outside of the competition because that would be a tough thing for me. If that happens, it happens. But not because I was not doing things the proper way. That’s my decision and I have to live with that. I can’t say another thing. I am very sad and it has been a very tough one.”

Speaking after his loss, 24-year-old Fritz admitted it was the toughest to take of his career with his run to the quarter-finals the greatest he has managed at a Grand Slam. The American said: “It was a tough match. I think I did some things well and some things not as good. In the end he was just really, really, really good. Certain parts of the match I felt like maybe I kind of just needed to come up with more, do more. 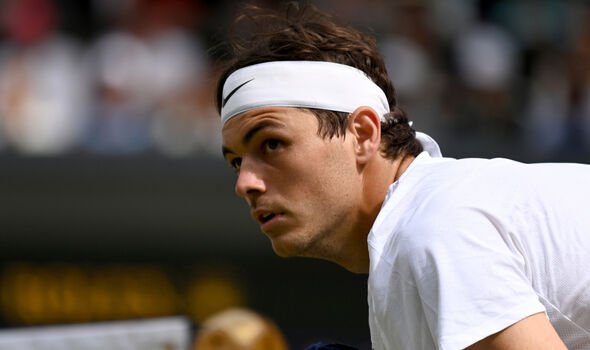 “I left a lot up to him, and he delivered. It was a great match. Honestly, probably hurts more than any loss I’ve ever had. After the match was over, I was sitting there and I felt like crying, like I wanted to cry

“I made my first quarter-final. I’m moving in the right direction. I don’t know. I would look at my form and how I feel like I’ve been playing and my draw, and I would expect myself to make the quarter-finals. It’s a great achievement, I’m really happy. I really, really wanted this match. So it’s tough right now I guess to look at the bright side of things because I really, really wanted this one.”