Home » Tennis » Sue Barker sent message by Roger Federer after retiring from BBC – ‘You made me cry!’

Roger Federer paid an emotional tribute to Sue Barker as the BBC broadcaster departed the Wimbledon Championships on Sunday. Barker, 66, joined the BBC’s Wimbledon coverage in 1993 and called time on a SW19 career spanning almost 30 years on Sunday.

The presenter was shown a tribute video following Novak Djokovic’s victory over Nick Kyrgios in the men’s final. Rafael Nadal, Chris Evert, Martina Navritilova and Andy Murray were among those who appeared on screen honouring the television veteran.

And eight-time Wimbledon-winner Federer grabbed attention with one of the most heartfelt honours. The Swiss star even went so far as to say Barker ‘made him cry’ as he thanked the BBC mainstay for her years of service. 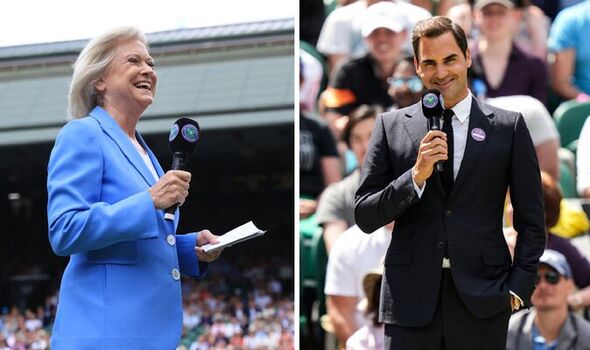 Barker was reduced to tears after watching the montage, leaning into Tim Henman as the former British No.1 comforted his colleague. Billie Jean King also appeared on the broadcast and referred to Barker as “the GOAT [greatest of all time].”

Federer, 40, has won a record eight singles’ titles at Wimbledon, and Barker was often among the first on Centre Court to congratulate him on those triumphs. Over the years, she also presented the BBC’s coverage of the Australian Open, French Open and Davis Cup. 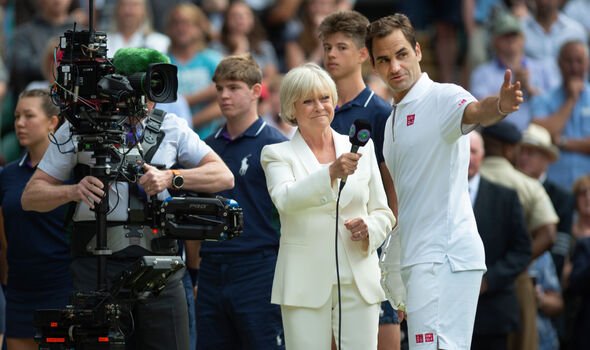 Struggling with injuries and having failed to appear at a major since Wimbledon 2021, there are suspicions Federer could be heading for retirement. More than four years have passed since the Swiss last lifted a Grand Slam title.

Federer has hinted at a return to fitness this autumn and could make a comeback at the Laver Cup in September. At the recent centenary celebration of Centre Court on Middle Sunday, he said he hoped to play at Wimbledon “one more time” before he hangs up his racquet.