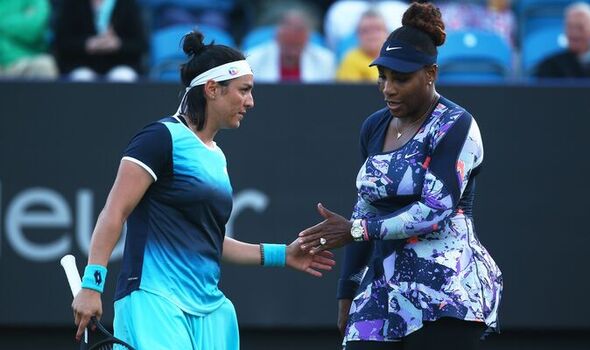 Serena Williams’ comeback doubles partner has given some insight on the 23-time Grand Slam’s expectations at Wimbledon in her return from a year on the sidelines. Ons Jabeur partnered the American in her first tournament back at the Eastbourne International last week, and Williams will now make her singles comeback at SW19 a year after retiring injured when she slipped in her first round match.

Williams is back at Wimbledon a year after she was forced to retire just six games into her first match after slipping on the Centre Court grass and getting injured. The 40-year-old did not play for a year after the incident, returning last week in Eastbourne for doubles only before making her singles comeback at the All England Club.

The seven-time champion at SW19 will now return last on Centre Court on Tuesday, playing her first singles match in 12 months against Harmony Tan. And ahead of her Wimbledon campaign, the American’s doubles partner has admitted that Williams “believes” she can win the tournament.

“I think if she’s here, then she believes she can be, I mean, that she can win this tournament as well,” Jabeur said after winning her own opening match 6-1 6-3 over Mirjam Bjorklund. “I believe that she can. She’s a G.O.A.T., she’s a legend, and she can do whatever she wants.”

JUST IN: Murray warned of ‘only question mark’ ahead of Wimbledon first round 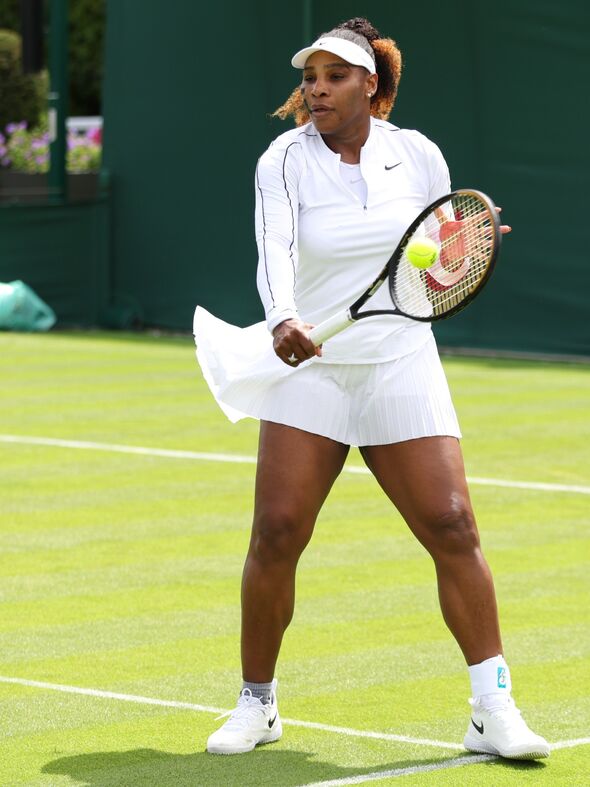 The world No 2 also thought that anyone – including Williams – could do whatever they put their mind to as she backed the 40-year-old to win a 24th Major title. She continued: “In general I believe if you put something in your mind, you can achieve it no matter what people is talking about you. If you’re mentally strong, you can do anything.”

And the Tunisian also shared the “honour” she felt in being selected as Williams’ doubles partner for her comeback in Eastbourne last week. The pair reached the semi-final before pulling out, citing a knee injury for Jabeur, but enjoyed a successful partnership in their two victories together. 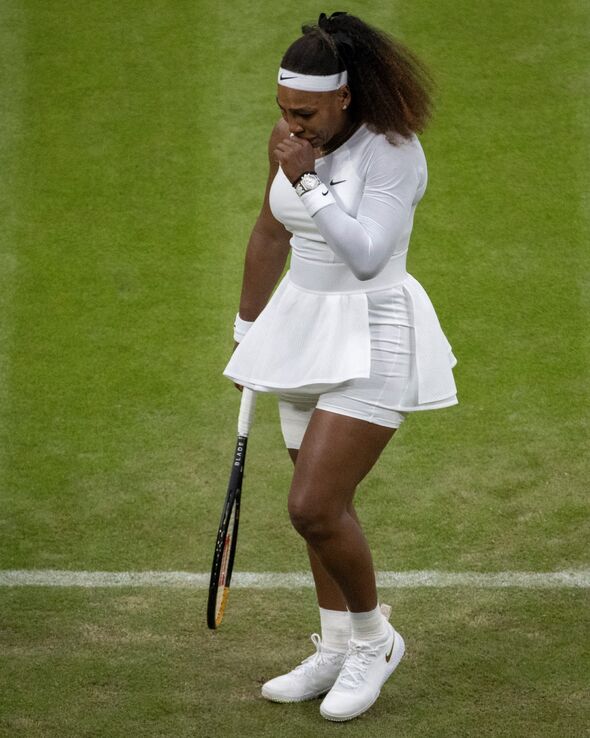 Asked how much confidence she took from the partnership, Jabeur said: “I think there is a lot of things. Like she picked me, I mean, that’s a huge honour, great pressure for me to feel it. I feel like maybe two or three years ago, if she did the same thing, I would have played horribly and not able to handle that kind of pressure. But now I feel like it was the right time that I play with someone like Serena.”

And Williams herself has admitted she has high expectations of herself despite a year out of the game. Asked what she was hoping to achieve this fortnight, she said: “You guys know the answer to that, so. I don’t know. I have high goals, but also — I don’t know. We’ll see. I’m not going to answer that.”