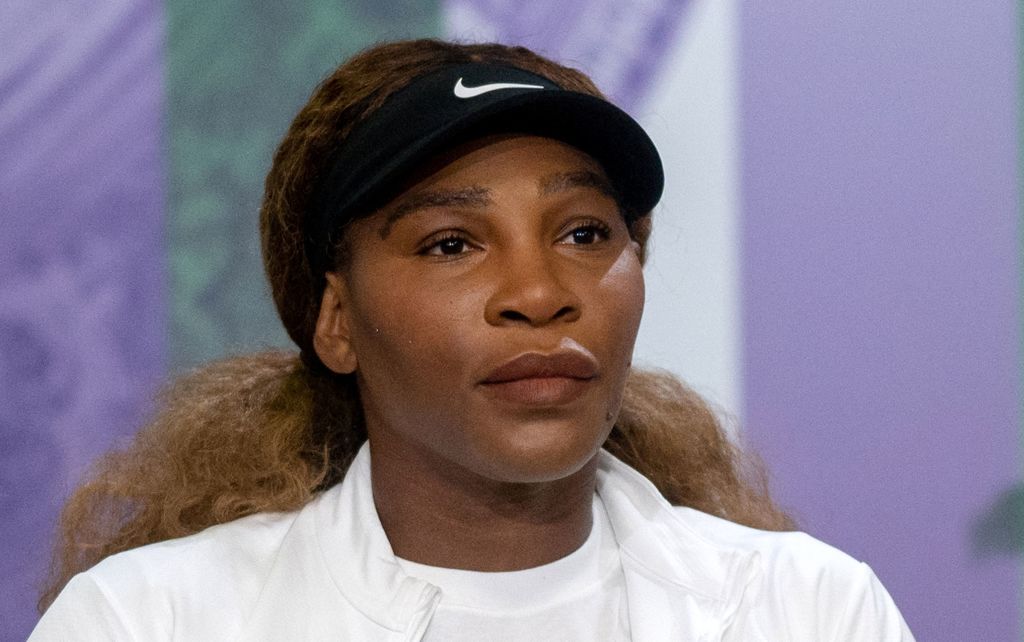 Serena Williams has implied she will play at this summer’s Wimbledon, a year after her last professional match.

The 23-time Grand Slam singles champion last stepped onto the tennis court at the 2021 tournament, but severely injured her leg in the opening round against Aliaksandra Sasnovich.

Neither Serena Williams, or her sister Venus, were included on the Wimbledon entry list when it was released last week, but on Tuesday she posted a picture on Instagram of her trainers on grass, with the caption: ‘SW and SW19. It’s a date. ‘2022 See you there. Let’s Go.’

With SW19 being the iconic postcode of the Wimbledon area, it appears that Williams, who has won seven singles titles at the Championships, is looking to make a triumphant return when the tournament begins on June 27.

It is not clear as of yet whether she will be competing in the singles or the doubles competitions.

The Williams sisters have won six doubles titles at Wimbledon, and Serena even partnered British great Andy Murray in the mixed event in 2019, although he is a doubt for this year’s tournament after pulling out of Queen’s with an ab injury.

Her participation this year is far from guaranteed however, as the 40-year-old did not take up the option to enter Wimbledon using a protected ranking reserved for players who have been side-lined through a long-term injury.

As a result, Williams, who is currently ranked 1,208 in the world, would need a wildcard to play, the initial batch of which are set to be announced very soon.

Despite the bad injury, Williams’ return was always inevitable as the American is just one Grand Slam title away from equalling Margaret Court’s record of 24.