Serena Williams may be in her 40th year but she is looking to Tom Brady for inspiration as she prepares for her tilt at this month’s Australian Open.

Brady is 43 and will play in his 10th Super Bowl on Sunday, as quarterback for the Tampa Bay Buccaneers.

After making a successful start to her preparatory tournament in Melbourne with a 6-1, 6-4 win over Australia’s Daria Gavrilova, the 39-year-old cited the career of the American football superstar. 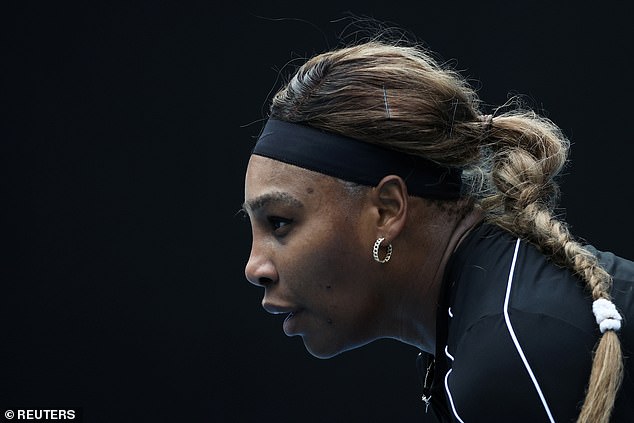 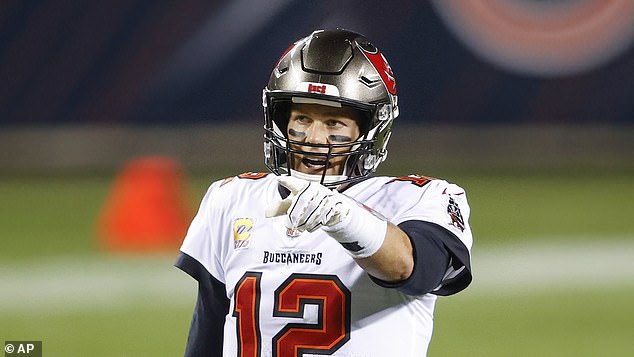 ‘The guy is a champion,’ said Williams. ‘It must be so inspiring to be a wide receiver or a lineman for him, because this guy has won so many (Super Bowl) rings.’

There has been a reminder of Serena’s age in recent struggles with an achilles injury, and had the Australian Open not been delayed by three weeks, she might have struggled to make it.

‘I definitely took that time to recover and to just do the best that I can,’ she said. ‘So now it’s a lot better. Achilles are like the worst thing, honestly. So I definitely was pushing the limits, but I’m here.’

The American’s level of performance and movement suggested she was in decent shape to try to take a 24th Grand Slam title, having won her 23rd in Melbourne four years ago. She is seeking to equal the tally of Australia’s Margaret Court.

A frantic week of six events is under way, with crowds in Melbourne staying away despite a reduction in ticket prices.

The temporary tournament dates mean that the peak summer holidays in Australia are over, many are back at work or school, and there appears to be plenty of caution over the Covid situation. 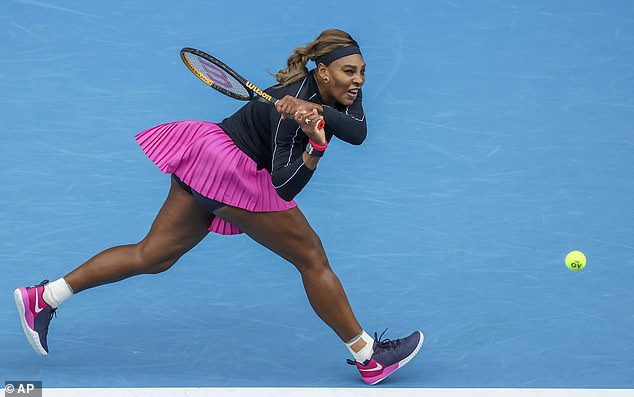 Britain’s Katie Boulter made an impressive return to WTA Tour action with a 6-1, 6-3 win over Russia’s Anna Kalinskaya to set up a match against 16-year-old American Coco Gauff that was being played overnight.

Boulter, 24, is using an injury ranking exemption to play and this is her first main circuit event since the March lockdown.

Yorkshire’s Francesca Jones, who made the trip after qualifying for the Open in Dubai, was given an early lesson in the standards required at what is still a rarefied level for her. The 20-year-old was beaten 6-1, 6-3 by Argentina’s Nadia Podoroska, last year’s French Open semi-finalist.

British No 1s Jo Konta and Dan Evans are also in action this week.