Serena Williams: 'Felt good' to be back on court

Serena Williams and Ons Jabeur continued their dream partnership with a 6-2 6-4 win over former champions Shuko Aoyama and Hao-Ching Chan at the Eastbourne International. It was the American’s second match in almost a year as she and the world No 3 dropped just six games en route to the semi-final.

Williams and Jabeur had a tougher test in their second round match, facing two time former champion Chan and last year’s winner Aoyama. But the duo had clearly already improved on their start from their first match, as they raced to a 5-1 lead with the double break.

With the world No 3 serving, the duo closed out the set 6-2 in 25 minutes, failing to face a single break point and winning 87 per cent of their first serves. The 40-year-old looked her old self on serve, firing a couple of aces down the court in the set and starting to look as though she was never away for a year.

But the former champions stepped up and managed to create their first break point chance in the second game of the second set, quickly saved by the Tunisian and American duo as they reeled off two points in a row to level at 1-1 in set two. 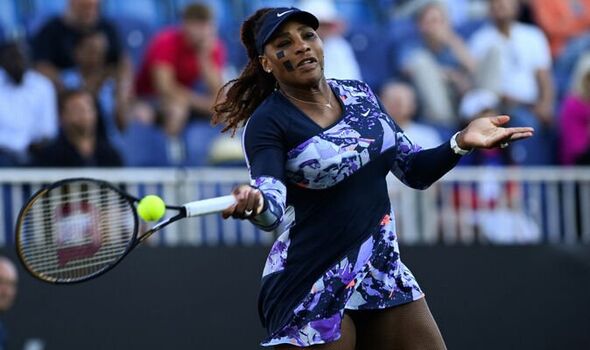 It was Jabeur and Williams’ turn to set up a break point on a deciding deuce but the pair from Japan and Chinese Tapei held as they had clearly raised their level in the second set, creating more break point chances in the wildcards’ next service game.

The rollercoaster continued with more deuce games as neither team could get over the line and break in the first half of the set, with things all square at 4-4. Williams and Jabeur finally clinched the first break of the second set at a crucial moment to go 5-4 up and serve for the match. 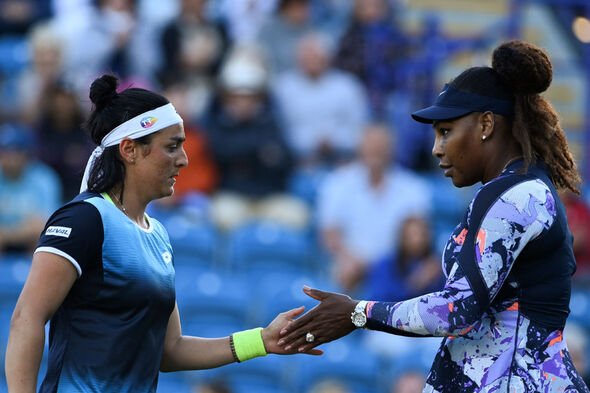 With the 23-time Major champion serving, Jabeur and Williams closed out a 6-2 6-4 win to love in just 65 minutes to advance to the last-eight and remain undefeated after two matches.

The hottest doubles team in Eastbourne will next face either Aleksandra Krunic and Magda Linette or Gabriela Dabrowski and Guiliana Olmos.