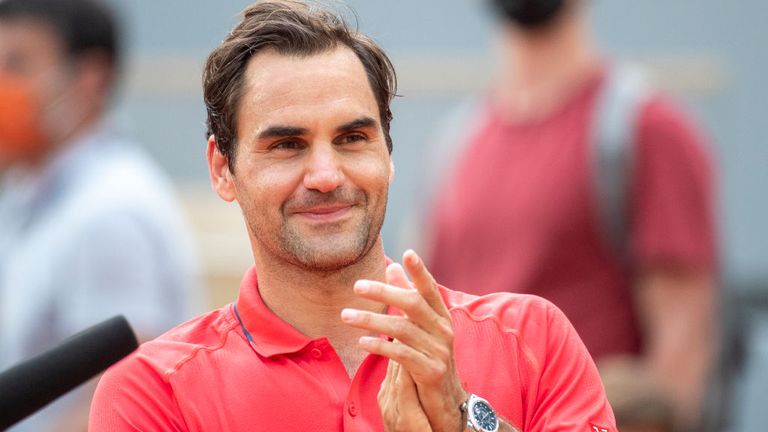 Roger Federer has opened up about how the demands of the tour can affect players’ mental health following Naomi Osaka’s withdrawal from the French Open.

The 20-time Grand Slam champion, who has been absent for most of the last year because of knee problems, is back at Roland Garros for the first time since his semi-final run in 2019.

Federer has been spending time at home with his family whilst recuperating, but the Swiss maestro is back on the court and tuning up for a potential quarter-final date with world No 1 Novak Djokovic after dispatching Marin Cilic in the second round on Thursday.

Jumping into the new week🤩🐰🪄 pic.twitter.com/1zgWHTRbI3

Osaka opened up on the long bouts of depression she has suffered since being thrust into the global spotlight by winning her first major title at the US Open in 2018 and the anxieties she experiences around talking to the media.

Federer says he understands the gruelling nature of the circuit having started travelling on tour in the late 1990s, so when asked what advice he would give younger players who are struggling with their mental health, the 39-year-old said: “I mean, how do you stay happy on the road? Because you’re waiting a lot. What else is going on? You lose some, and then you train. You lose again, you train again. You’re supposed to be happy, upbeat and living the dream, which it is, but losing ain’t fun.

“You’ve got to find your way how to actually still take joy out of practice or just staying home for a while. I think it’s okay.

“The only problem is when everybody else is playing and you’re sitting out and you’re practicing, you feel like you’re missing out. That fear of missing out can drive you on. And this is where I’m thankful I didn’t chase, I didn’t just go and play all the time.” Federer said he would always look at the bigger picture and advise the younger generation not to get lured in by what’s going on and what people are saying.

He has also called on the ATP to set up an official role for former top players to help those who are struggling with their mental health due to the relentless nature of the tour.

“I think it’s helpful when you have mentors,” he said. “And the older generation like us, welcoming you and making you feel like you can find your groove quickly because you don’t want to feel like the outsider for too long. You want to feel welcomed.

“The tour can obviously help with legends in some ways. I don’t think we have an official role for former top guys, which I think is a bit unfortunate because I think a lot of them would be willing to help.”