Roger Federer thanks frontline worker for efforts in pandemic

Roger Federer has been offered the chance to be Belinda Bencic’s mixed doubles partner at this summer’s Olympic games in Tokyo. Bencic has made it clear she would love to partner Federer at the tournament in Japan.

Federer has maintained that winning a gold medal is a big aspiration of his before he retires.

The Swiss legend reached the final of the singles tournament at London 2012 but was beaten by home favourite Andy Murray.

Federer and fellow Swiss Bencic have teamed up before at the Hopman Cup between 2017 and 2019.

And speaking this week, the women’s world No 12 Bencic is keen to do so again this summer. 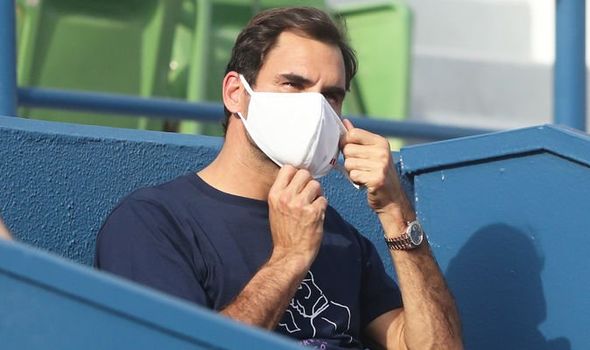 “I would like to play mixed with him in Tokyo,” Bencic said.

Speaking towards the end of 2020, Federer outlined how important winning a gold medal is to him.

“Big plan is to be there [in Japan] for the Olympics,” Federer said.

“You know, this is for me the big one.

“Maybe selfishly for me it has not been a bad thing that it was actually moved a little, you know because of the problems I had last year. 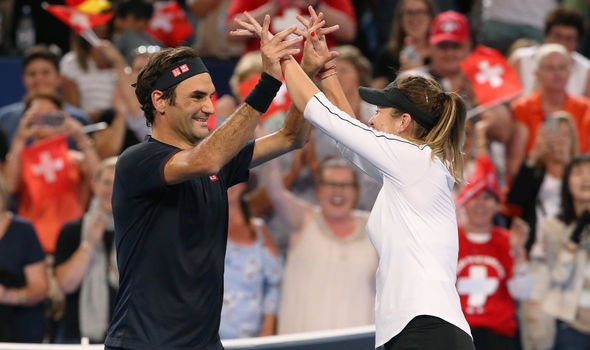 “It was a big shock for all of us when Wimbledon pulled out because of the pandemic and then the Tokyo Olympics shortly after that was moved.

“Let’s hope for the best for the Olympic Games coming to Tokyo next year, this is also one of my big goals. I really hope I can come back to Tokyo for that.”

Federer will return to competitive action on Wednesday for the first time since the 2020 Australian Open.

The 39-year-old will take on Britain’s Dan Evans at the Qatar Open.

And Bencic is excited to see her compatriot back on the court.

“When I see the wall of champions, it’s great moments. Especially when I see that Roger won that year as well,” Bencic said.

“I mean it’s exciting for everyone.

“We were all counting the days (to his return). I thought he was playing today and then I was like, ‘Oh no!’ One more day we have to wait.

“He is coming back on my birthday (Wednesday).

“I wish him the best of luck. We are in contact sometimes and he is helping me a lot with some tips, things I need, and wishing me luck. I do the same.”