Novak Djokovic’s coach Goran Ivanisevic is backing his man and Rafael Nadal to surpass Roger Federer in the Grand Slam race following the Serbian’s Australian Open triumph but reckons Nadal could even amass 22 majors. It was Djokovic’s ninth and third successive title Down Under, taking his overall major tally to 18, two behind his arch-rivals.

The world No 1 did not have it easy along the way either, battling on through the pain barrier following an abdominal injury.

Djokovic picked up the problem in his third-round victory over Taylor Fitz but soldiered on in Melbourne despite fears he could withdraw.

He then battled his way past Milos Raonic, Alexander Zverev, Aslan Karatsev and Daniil Medvedev on his way to glory and now Ivanisevic is expecting more Grand Slams to follow in the race to hunt down Federer and Nadal.

“Now the chase is beginning,” Ivanisevic said. “The chase is there and it’s great. [Novak has] a lot of confidence.” 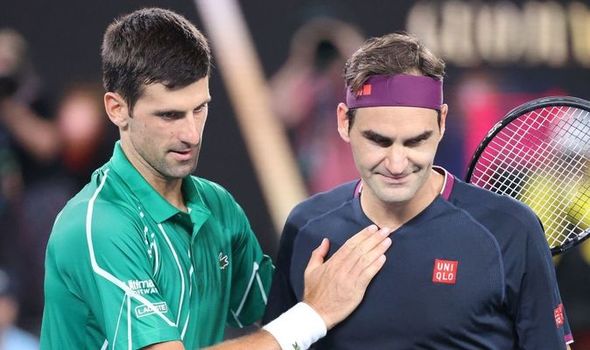 The only Wimbledon wildcard champion in tennis history is hopeful Nadal’s success will dry up, while Federer faces a huge challenge to win another major.

“Rafa, for sure, is going to win one [more Grand Slam], I hope not two, but I give him one,” Ivanisevic added.

“Who knows? They’re unbelievable. They [are] producing better and better tennis every time when you think they [are] gone.

“The young guns are coming, they are here but these guys are better, one step better in the finals. I don’t know where is the end…

“It’s amazing what they are doing on the court. It’s amazing how they perform in the big matches.

“I’m waiting for Roger to come back. It’s going to be more interesting to see what is going to happen at Roland Garros and Wimbledon.

“[It] is just great. The race is there. I said a couple [of] years ago [that] Rafa and Novak [are both] going to overtake Roger. I still believe that. I still think so.”

Federer was forced to miss the Australian Open with injury but is expected to return to the ATP Tour in Doha.

The Swiss veteran is now managing his fitness by missing selected tournaments to prioritise recovery. 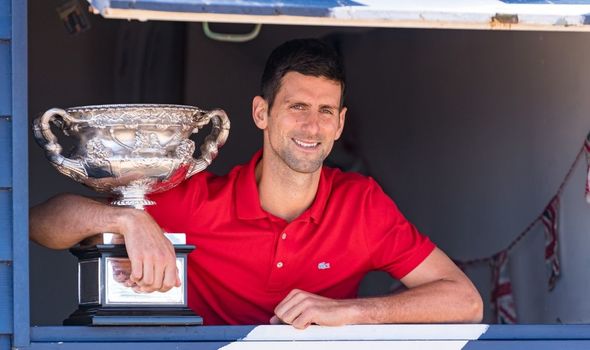 Now Djokovic is considering a similar approach as longevity may hold the key to the Grand Slam record.

“I don’t feel like I’m old or tired or anything like that. But I know that, you know, biologically and realistically things are different than they were 10 years ago for me,” he said.

“I have to be smarter with my schedule and peak at the right time.

“So the slams are the tournaments where I want to be able to perform my best.

“Now, after achieving the historic No 1 for the longest weeks at No 1, it’s going to be a relief for me because I’m going to focus all my attention on slams mostly.

“My goals will adapt and will shift a little bit, which means that I will have to adjust also my calendar – not have to, but I will have an opportunity to do that which, as a father and a husband, I’m really looking forward to that.

“Judging by what we’re seeing around the world, having family on the road with me will be a very difficult task, because if I’m going to travel around, I have to take my coaches and everything, and we have rules in place that don’t allow really more people than I think two people on the tournaments to travel with you, other than slams.

“So, yeah, I’ll have to wait and see how my schedule is going to look like. I haven’t made any commitment actually after Australia. I’m just trying to marvel in this success and enjoy it as much as I can.”