Dominic Thiem’s former coach has ruled Roger Federer out of making any serious challenge at the French Open later this month. The 20-time Grand Slam champion made his long-awaited comeback from a 13-month injury lay-off in March at the Qatar Open. Federer did admit after his victory over Dan Evans though that he still felt some pain and would exit the tournament in the following round to Nikoloz Basilashvili.

Federer was originally scheduled to compete the following week at the Dubai Tennis Championships, but later announced that he withdrew to focus more on training and getting back to full fitness.

Little was known about when Federer would return but he made it clear that being fit for the Grand Slam events was his main goal.

With the French Open starting at the end of this month, Federer has now pencilled in the Geneva Open to help his preparations.

The Swiss tournament usually takes place the week before Roland Garros, but the postponement of the French Open this year means there is now a one-week gap between the two events.

JUST IN: Roger Federer warned by Boris Becker ahead of Wimbledon bid 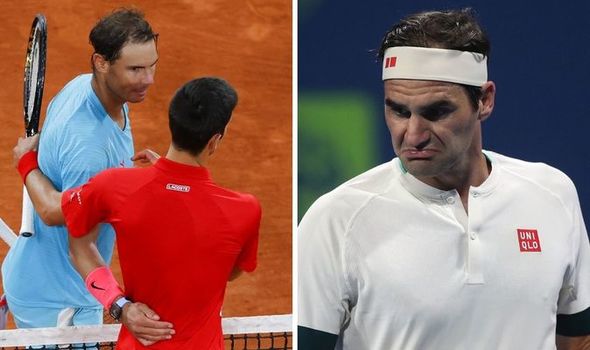 That gives Federer enough time to rest before the claycourt Grand Slam, which he has only won once in his career.

In recent years, the 39-year-old has opted to skip the Paris slam in favour of resting his body for the grasscourt season.

This year’s appearance at Roland Garros will only be Federer’s second since 2015 when he lost in the quarter-finals to compatriot Stan Wawrinka.

Rafael Nadal will once again be the strong favourite to win the French Open while Novak Djokovic and Thiem are also expected to be strong contenders.

Little is known about Federer’s condition and where he is in a competitive standpoint.

But Thiem’s former coach, Gunter Bresnik doesn’t think Federer will have what it takes to make a run for the title in Paris this year.

“You must never write off Federer,” Bresnik told Heute.

“Everywhere he makes an appearance on a tennis court, he is dangerous. 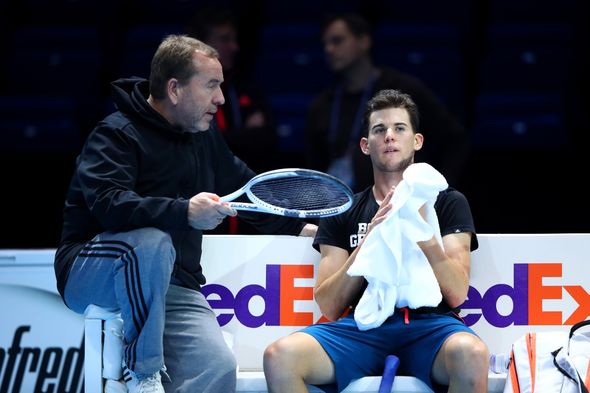 “But in Paris, I don’t trust him to win anything. He just lacks match toughness.”

Federer’s absence from a number of events this year have already seen him drop down to No 8 in the world rankings.

Nadal meanwhile moved back up to second in the ATP rankings after his win at the Barcelona Open, replacing Daniil Medvedev.

Both players are in action this week though at the Masters 1000 Madrid Open with Nadal having won the event five times previously.