Roger Federer fans have been left feeling emotional after the organisers of the Laver Cup shared a photo of the legendary Swiss player arriving in London for his final tournament. The 20-time Grand Slam champion announced last week that the event in the English capital would be his last, bringing down the curtain on a 24-year-long career.

Federer is one of the most loved players in tennis history with many considering him the best to ever pick up a racket. He won his first major title at Wimbledon in 2003 and maintained his quality at the top of the sport until claiming his final Grand Slam in the Australian Open in 2018.

However, the Laver Cup in London will be the final competitive tournament of his career, where he will represent Team Europe alongside great rivals Novak Djokovic, Rafael Nadal and Andy Murray. The legends will also be joined by Stefanos Tsitsipas and Casper Ruud as the Europeans look to defend the trophy they won in 2021 from Team World.

Now, the first pictures of Federer on UK soil have emerged, prompting an emotional response from the 41-year-old’s loyal fans. One Twitter user, @sunil_hebbar, described it as a ‘The Last Dance’ writing: “It’s going to be an honour seeing you for The Last Dance next weekend. Thank you.”

JUST IN: Dan Evans shares what ‘king-like’ Federer is like behind the scenes 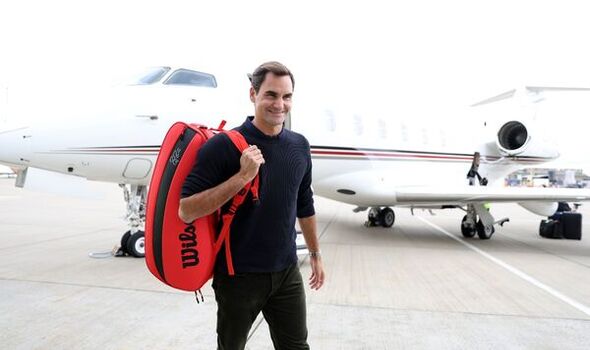 Others described the Swiss star as royality with @VocalistLavanya writing: “The One True King has arrived in #London” while @FedGirlForever responded: “Babe is here. Cherish every single moment King.”

Fellow supporters were just keen to tweet their gratitude for all the things Federer had achieved in his career and took the time to wish him well ahead of the tournament.

@Rosellabird01 wrote: “I’m looking forward to watching the Cup this year more than ever because you’re there Roger! I wish you all the best for the tournament and beyond! God bless you Roger!!”

While most fans have been left disappointed by the player’s decision to leave the sport, his fitness coach of 22 years Pierre Paganini believes it is the right choice. 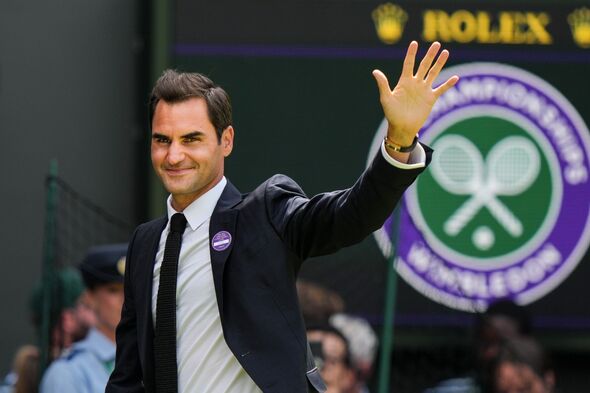 “I think it’s a smart decision,” he told Blick. “It’s not just about the knee. Roger has played a lot of matches in his career and put his body under extreme strain. He’s had to put in an incredible amount of effort in recent years to compete at a world-class level. Imagine how many training sessions a top athlete has done up to the age of 41! It’s a miracle to me how he’s done for the past five years.

“That’s why I think this decision is so wise. You can retire from the ATP Tour, but maybe you still want to live out your passion for tennis.”

Tickets for the event have been selling for hugely inflated prices with fans desperate to have one more chance to see the icon in action, with the reaction to the Laver Cup’s post highlighting the love people have for him.