Roger Federer has been confirmed to play at the Swiss Indoors Basel in October. The 38-year-old, who grew up nearby, won a record-extending 10th title in 2019 when he beat Alex de Minaur.

This year’s event is the 50th anniversary of the tournament and is scheduled to be played from October 24th to November 1st.

But that is far from certain as tennis officials assess their options amid the global coronavirus pandemic.

The tennis season is currently suspended until June as a result of the outbreak and it looks set to be extended into the summer.

On Wednesday, Wimbledon is set to announce the Grand Slam has been cancelled meaning the grass-court season won’t take place. 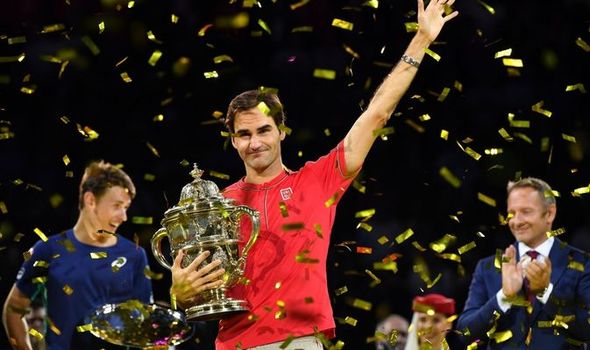 It means the next target for resuming play will be the summer hard court season in North America but that could also be in doubt with the rising number of positive cases of the virus.

Nevertheless, Federer and his compatriot Stan Wawrinka are the first names to be announced as featuring in Basel.

A short statement read: “If everything goes according to plan, however, the 50th-anniversary ceremony will take place as part of Super Monday on 26 October 2020.

“Ten-time Swiss Indoors champion Roger Federer will play his opening match on Tuesday, 27 October 2020. “And he’s not the only homegrown talent taking part: three-time Grand Slam champion Stan Wawrinka will also be competing at St. Jakobshalle in Basel. His starting game, as well as all further program sequences, will be announced at a later date.” 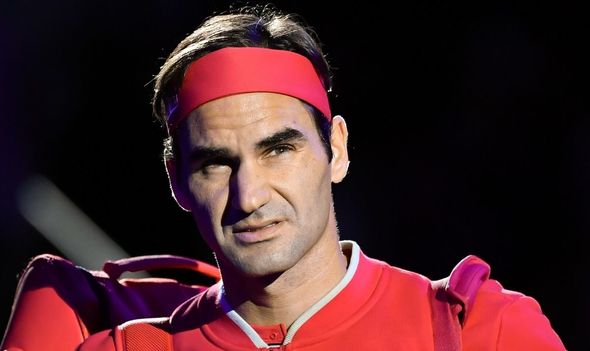 Meanwhile, John Millman, who Federer beat in five sets at the Australian Open in January, raised the prospect of no more tennis taking place this year.

“We’re going to have to be pretty unified in terms of our recovery process before the tour can resume,” Millman told AAP.

“Maybe the tournament location has got the COVID-19 situation under wraps and then manage to contain it, but if someone’s flying in from South America, say, and their country hasn’t got a hold of it, then the tournament can’t (go ahead).

“You can’t have the tournament going when only certain players can get there. I think that’s where the problems lie.

“It’s almost like we have to have a vaccine or the virus has to run its course before there’ll be any let-up there.

“But I just can’t see us playing tennis for a long time and now it’s a matter of trying to stay (the) fight, trying to scrape by a little bit while not much is coming in.

“You’re used to a bit of money coming in and obviously that’s not the case anymore. Yeah, it’s tough. It’s just not easy. You try and make do.

“But I don’t want to be a sob story, that’s for sure, because I know Australians are doing it a lot tougher than me. When we’re talking about someone’s health as well, it’s pretty serious, and that’s when it puts it into perspective.”