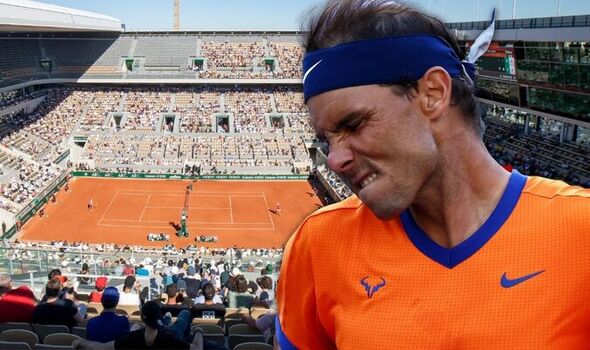 Rafael Nadal’s preparations for his favourite tournament have been thrown into turmoil by his latest injury concern. The Spaniard played through the pain of an undiagnosed stress fracture on his rib and, although the problem has now been identified, is set to miss several weeks of action.

Nadal’s impressive 20-match winning streak came to an abrupt end in the Indian Wells Masters final on Sunday. He had overcome his breathing difficulties and chest pain to beat Carlos Alcaraz in his semi-final, but fell to American home favourite Taylor Fritz in the trophy-decider.

On Tuesday, he announced on social media that the problem had been found and that he was set for some more time on the sidelines. I wanted to announce that I have returned to Spain and I immediately went to visit my medical team to do the tests after the Indian Wells final that I played with discomfort,” he wrote.

“As it turns out, I have a stress crack in one of my ribs and will be out for 4-6 weeks. This is not good news and I did not expect this. I am hollow and sad because after the start of the season I have had such a good time.”

The injury has forced the Spaniard to make some late changes to his schedule ahead of the French Open. His next outing was due to be at the Monte Carlo Masters to kick off his clay court season campaign, but by his own admission that is now impossible with the start of the competition less than three weeks away.

Nadal is also set to miss the Barcelona Open a week later, meaning two important clay court tournaments will be missed. That will no doubt affect his preparations as he bids to win the Roland Garros title for an incredible 14th time.

On the plus side, he might still be able to get in a decent amount of practice before the first serve is struck in Paris. Depending on how well his recovery goes, there is a chance the 21-time Grand Slam champion might be able to play in two tournaments prior to the French Open.

The Madrid Open and Rome Masters might still be possible for Nadal, as the final two warm-up events before Roland Garros. Because they are so close to the second major of the year, the field at both those events is likely to be very strong so he will be able to get some good practice in against tough opponents.

With exactly two months between the announcement of his injury layoff and the start of the French Open, there is little concern that the Spaniard might be forced to miss the Grand Slam at which he has enjoyed so much success. However, a lengthy layoff in the build-up is far from ideal preparation.

That said, Nadal has already proven this year that he is more than capable of being competitive after time away from the court. He missed several months of action at the end of 2021, but came back at the start of this year to win the Australian Open and go on that 20-match winning streak.

It is impossible to say for sure, but that run might even still be going as a record of 21-0 had Nadal not suffered the injury which hampered his efforts to beat Fritz in that Indian Wells final. In any case, the 35-year-old will be more than capable of winning the French Open if fit enough to compete.

The main stumbling block in his bid for more success in Paris might end up being Novak Djokovic. The Serbian shocked Nadal in the 2021 semi-final, and looks set to be able to play after France relaxed its vaccination policy for people entering the country.