Highlights from day 10 at Wimbledon

BBC pundit Tracy Austin has claimed that Rafael Nadal is prioritising the US Open later this year as the Spaniard has pulled out of Wimbledon due to an abdominal injury he picked up during his quarter-final victory over American Taylor Fritz. Nadal called a press conference on Thursday to announce his retirement from the tournament, after reports claimed he suffered a 7mm tear to his abdomen ahead of his semi-final with Nick Kyrgios.

“I think if he thought he had a chance of playing tomorrow, then he wouldn’t have tried the serve today because you want to rest it,” Austin told the BBC. “But I think he wanted to make the effort to see how badly it hurt.

“He had a scan, will get advice from doctors, I am thinking long-term even to tomorrow first of all if he can’t serve well, he was serving in the 90s, not serving at 100mph, he is going to get his serve broken? It’s so difficult for everybody to break Nick Kyrgios on grass now.

“So he is probably thinking ‘I can’t win that match and even if I did, I have to play another match in the finals, what can I possibly do? How much could I tear that stomach muscle’. Instead maybe he should pull back and heal, try to win the US Open and try to get Major number 23.”

JUST IN: Wimbledon stars forced to play braless as rule comes under scrutiny 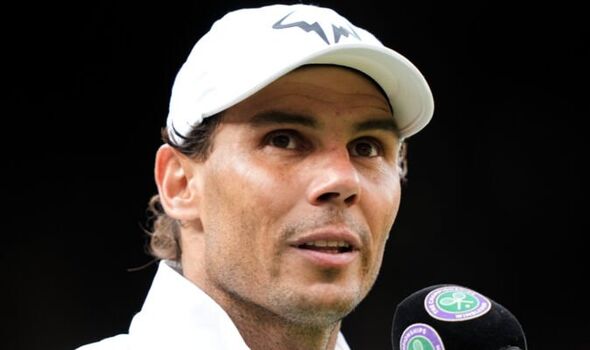 During his press conference, Nadal confirmed the news that his hopes of claiming the first Calendar Slam since Rod Laver in 1969. “Unfortunately I am here because I have to pull out from the tournament, no?” The Spaniard told reporters. The 22-time Grand Slam winner, whose efforts to make it 23 Majors will have to wait until the US Open, added: “I was thinking the whole day about the decision to make but I think it doesn’t make sense to go [on court].

“Even if I tried a lot in my career to keep going in very tough circumstances. I think it’s obvious if I keep going the injury is gonna get worse and worse and that’s the thing that I can say now.” 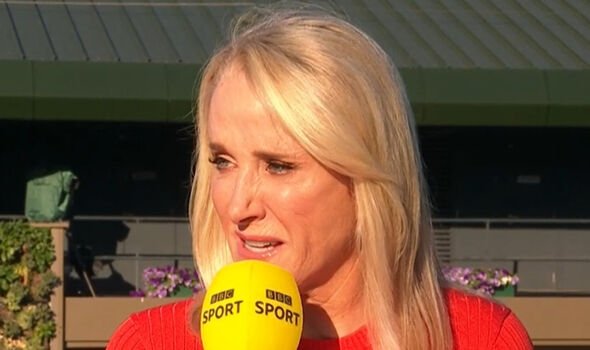 “It’s not only that I can’t serve at the right speed it’s that I can’t do the normal moment to serve. To imagine myself winning two matches… and for respect to myself in some way, I don’t want to go out there and not be competitive enough.

“I can’t risk that much and stay two, three months outside of the competition because that’s going to be a tough thing for me. If that happens, it happens, but not because I was not doing things the proper way.”

Nadal’s withdrawal means Kyrgios is through to his first-ever Grand Slam final on Sunday, where he will face the winner of Novak Djokovic and Cameron Norrie.