Home » Tennis » Rafael Nadal blasts himself as ‘terrible’ at US Open

Rafael Nadal has crucified the start he made against Fabio Fognini in their US Open second-round clash on Thursday night. The 36-year-old fought back to win from a set down in successive matches to progress at Flushing Meadows, bizarrely injuring himself in the process.

Nadal was comfortably beaten in the first set and fell 4-2 behind in the second before launching a momentous comeback at the Arthur Ashe Stadium. He defeated Fognini 2-6 6-4 6-2 6-1, but despite his relatively comfortable triumph, in the end, he slammed his slow start in the aftermath.

He told reporters: “[I’m in a] little bit of pain, honestly, but good. Happy after a terrible start. I don’t understand yet how I started that bad because the feeling before the match was good. These kinds of things sometimes happen, so I need to accept it and keep going. That’s what I did. Lucky that Fabio made some mistakes, and I was able to start putting some balls in and finish the match playing obviously better, much better.”

Nadal uncharacteristically made 27 unforced errors in the opening two sets, dropping his serve five times, including four consecutive service games. The 22-time Grand Slam champion’s precariousness wasn’t helped by accidentally hitting himself in the face with his own racquet, but he recovered and saved two break points before closing out the match.

JUST IN: Rafael Nadal makes honest admission in quest for US Open glory 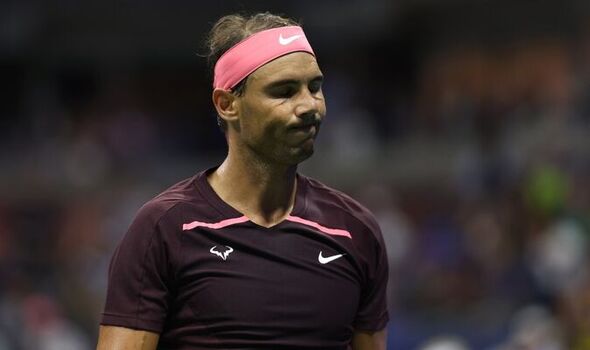 “I was not able to be very focused when I come back from that,” Nadal added. “I was a little bit in shock. I knew that when I came back on court, I was going to be in trouble for a while, but I needed to save that serve. I was lucky it was 15-40. But I had a couple of good serves and a good passing shot with the backhand. I won the game.

“Tennis is a lot about moments. The most important thing in this game is when you are playing bad or when the opponent is playing too good, don’t be too far on the score. When you are playing very well, create an advantage, no? It’s about making things happen in the right moments. Today, I was not doing that for a while. Then I think I started to compete.” 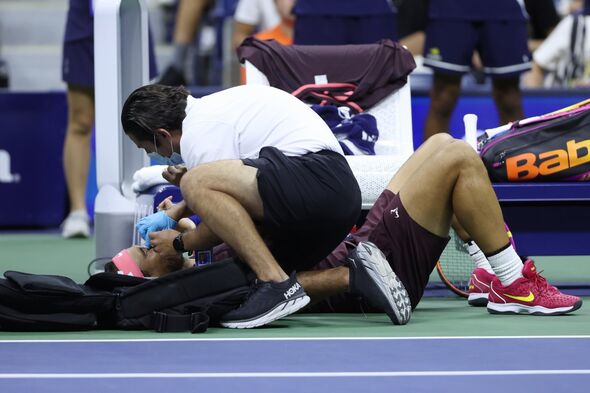 “That’s what I was looking for for a set and a half – to start to compete. I was not competing, no? Something unusual of me. But the positive thing is I stayed there. I was positive. Even if the disaster was huge, I was not too frustrated. Just accepting the situation, staying humble enough that I don’t consider myself too good to not accept a lot of mistakes.”

Nadal will face Frenchman Richard Gasquet in the third round after he navigated past Serbian 32nd seed Miomir Kecmanovic in his second-round encounter – winning 6-2 6-4 4-6 6-4.