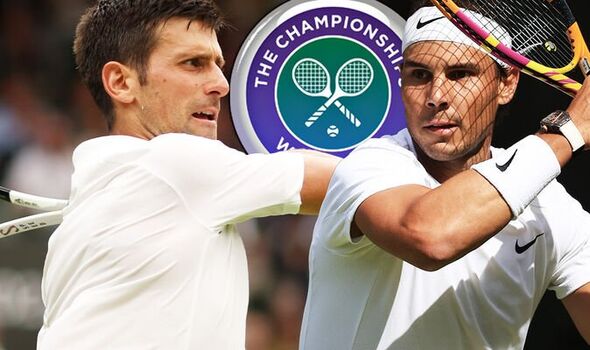 Carlos Alcaraz has been backed to become the next big thing in men’s tennis after the Spaniard was told he “has it” to make it to the top. Alcaraz, still only 19, has progressed through to the third round at Wimbledon, and will face German Oscar Otte on Friday for a place in the last-16.

The fifth seed came through a five-set marathon with German player Jan-Lennard Struff in the first-round, before a far more routine win in straight sets over Tallon Griekspoor. The Spaniard is considered a contender at SW19, having reached the quarter-final of the French Open before losing to Alexander Zverev.

But it his compatriot Rafael Nadal, and Novak Djokovic, who are expected to battle it out in the men’s final on July 10. Nadal’s win at Roland Garros, which came off the back of him also taking the Australian Open, have left him on 22 Grand Slam titles.

That’s two more than his Serbian rival, who seems set to miss the US Open later this year over his ongoing refusal to be vaccinated against Covid. But with the two icons 36 [Nadal] and 35 respectively, BBC commentator Andrew Castle has tipped Alcaraz as the men to rise when their era of dominance finally ends. 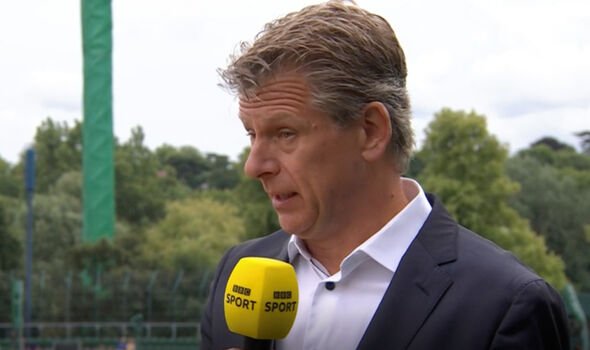 “We’ve had generation after generation trying to get that achievement level of Federer, Nadal, Djokovic, also Del Porto and Wawrinka,” said Castle. “And particularly Andy Murray who has been in 11 Grand Slam finals, twice an Olympic gold medallist.”

And Castle, 58, hinted the teenager could learn from Murray’s dedication: “They don’t have it, they haven’t had,” he continued. “This kid Alcaraz probably has it. But that commitment to a 24-hour goal, the whole time… He’s [Murray’s] been an example for everybody.”

DON’T MISS:
Brit Liam Broady in ANOTHER Wimbledon upset – and may play Katie Boulter’s boyfriend next
Andy Murray fired retirement warning after Brit casts doubt on returning to Wimbledon
Katie Boulter in tears with Wimbledon win 2 days after grandmother dies ‘dedicate to her’ 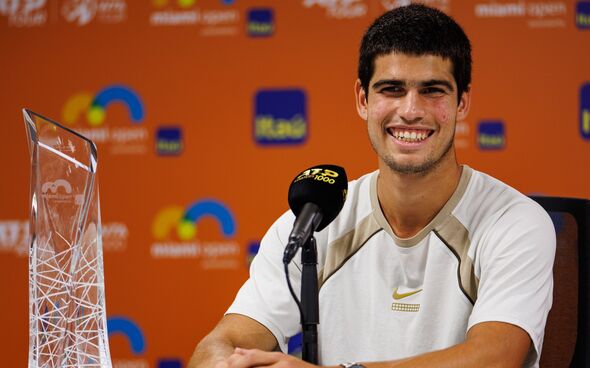 Alcaraz has of course, will need to enjoy a stellar career to even get close to Nadal’s current total of 22 Grand Slam titles, or even Djokovic’s 20. The Serbian remains level with Roger Federer, who is missing Wimbledon has he continues his rehabilitation from knee surgery.

Behind the trio is Pete Sampras, who won 14 major titles. But whilst Alcaraz still seeks his maiden Slam, he does have five career tournament wins to his name, most recently the Miami Open.