Highlights from day 10 at Wimbledon

Rafael Nadal has been given injury advice by Mats Wilander as the pundit explained the ways his abdominal injury could affect the Spaniard in his Wimbledon semi-final with Nick Kyrgios. Nadal reportedly suffered an abdomen tear during his quarter-final win over Taylor Fritz on Wednesday, but is set to play through the pain on Friday as he bids to reach the SW19 final.

Reports from Spain claim that Nadal has suffered a seven-millimetre tear in his abdomen, but the 22-time Grand Slam champion did practice on Thursday as he prepares to compete in his eighth Wimbledon semi-final. Pundit Wilander highlighted one positive for Nadal as the Spanish star battled the pain to defeat American Fritz.

“The most important part is that it didn’t affect his running,” Wilander told Eurosport. “That’s the biggest difference when you’re injured: if you can’t run, it’s difficult to finish the match. But you can’t just serve, hit a two-handed backhand or a top-spin forehand. Should he have been good enough to win it? No, I don’t think so. Taylor Fritz, I’m not sure how he feels today.

“You can get used to playing with pain and not being 100 per cent. That, I think we can all get used to. The difference is believing whether you still have a chance of winning. It’s very easy to find an excuse.

JUST IN: Djokovic actions explained as star inhales from bottle at Wimbledon 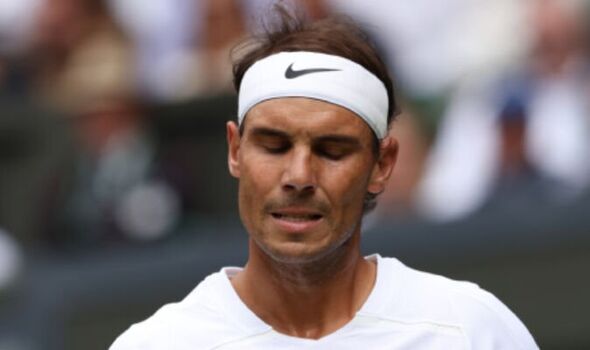 Even Nadal’s father urged him to retire during his quarter-final after the Spaniard received medical attention but battled injury and came back to defeat Fritz 3-6 7-5 3-6 7-5 7-6 and set up a tie with Kyrgios. “Nadal is very talented tactically. I think he knew that he could still beat Taylor Fritz despite the injury, even if he’s not 100 per cent physically,” Wilander added. 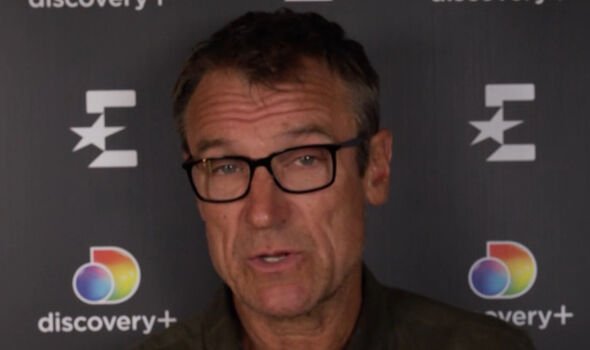 “But at the same time, not being 100 per cent physically means you can hit the ball better because you are more relaxed and it’s clearer to you about how you need to play: you can’t hit hard first serves, so have to put it in play, and then work the point from there.

“I’m completely amazed because I thought he was going to retire towards the end of the first set. He somehow won the second, and then it seemed like he was getting better.”

Not everyone was convinced of the severity of Nadal’s injury however, as former world No 9 Fabio Fognini accused Nadal of faking his pain. Replying to a news headline on Instagram stating Nadal came back from injury to win, Fognini wrote: “For sure. Guys stop believe in what you read PLEASE!!!”