British talents Andy Murray and Emma Raducanu will both be in the mix to contest this year’s Citi Open in Washington D.C., which gets underway on July 30. Wimbledon runner-up Nick Kyrgios has also been announced on the player list, but only one of the world’s top 10 men’s players will compete.

No. 8 Andrey Rublev and No. 11 Hubert Hurkacz will each have high hopes of triumphing in the absence of certain elite stars. But while some are absent due to injury or other playing commitments, others won’t be in Washington for much more unique reasons.

The same abdominal strain that forced Rafael Nadal to withdraw from his Wimbledon semi-final against Kyrgios is presumably what’s kept him from from returning to Washington. The 22-time Grand Slam winner is thought to be prioritising the U.S. Open as he seeks to restore a two-title buffer over major nemesis Novak Djokovic.

Speaking of the recently recrowned Wimbledon champ, Djokovic will not appear in D.C. this week as his unvaccinated status once again becomes the talk of tennis. Those who have not been jabbed are currently still banned from entering the United States, leading John McEnroe to apply pressure in the hopes ‘Nole’ can contest the U.S. Open in August. 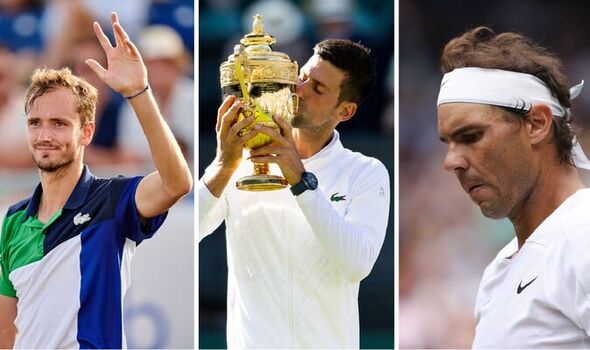 Still struggling to play after a series of knee surgeries in recent years, Roger Federer’s plan is still to return in time for the 2022 Laver Cup towards the end of September. The Swiss legend hasn’t played an ATP event since Wimbledon 2021 and remains out of commission despite the swell of support banking on his comeback.

There may be a heavy contingent of ATP talent in Washington this week, but world No. 1 Daniil Medvedev has taken his talents south of the border for the Los Cabos Open. The Mexican event takes place on the ATP 250 Tour and thus features a more modest prize fund, but that doesn’t appear to have affected Medvedev’s judgement.

British favourite Cameron Norrie won the tournament last year and is back in the draw to defend his title. World No. 9 Felix Auger-Aliassime and Argentina’s Diego Schwartzmann will also be competing in Los Cabos as they look to upset Medvedev. 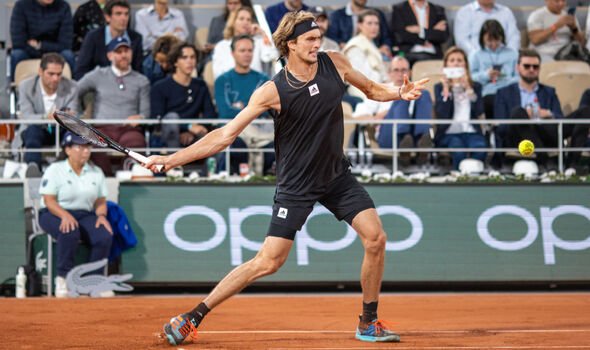 Still yet to recover from the horrific ankle injury he suffered at the French Open in early June, there’s no chance of Alexander Zverev competing in any event just yet. The German is still sporting an ankle brace and could be a doubt to feature at Flushing Meadows next month.

The defending champion at the Citi Open won’t defend his title in Washington after opting for the Croatia Open instead. Tenth-ranked Jannik Sinner will have his work cut out for him in Umag, however, with world No. 5 Carlos Alcaraz and Danish propect Holger Rune among his main competition.