Naomi Osaka pulls out of the Italian Open after failing to recover from the Achilles injury which cost her in last week’s Madrid defeat against Sara Sorribes Tormo, as she sets her sights on healing in time for Roland Garros

Naomi Osaka has withdrawn from this week’s Italian Open with an Achilles injury.

The four-time grand slam champion sustained the problem at the Madrid Open last week and struggled during a second-round loss to Sara Sorribes Tormo.

Osaka said in a statement: ‘Unfortunately I’m going to have to withdraw from Rome as the injury which I picked up last week in Madrid hasn’t healed yet. It’s an Achilles injury so I need to be careful, especially in advance of Roland Garros.’

During the Madrid Open defeat, Osaka enjoyed six aces but also had her serve broken five times by Tormo, which she later put down to pain in her left leg. 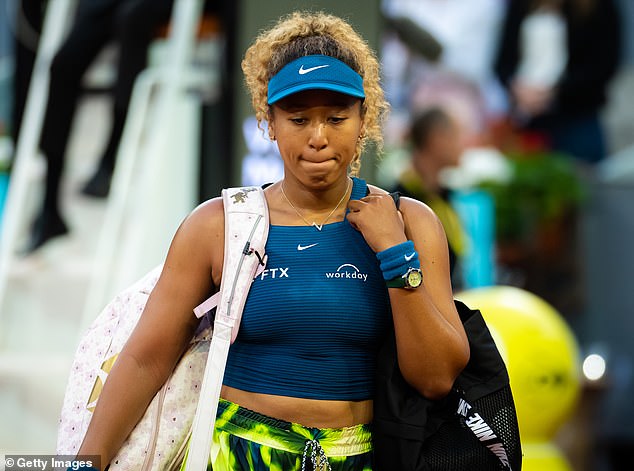 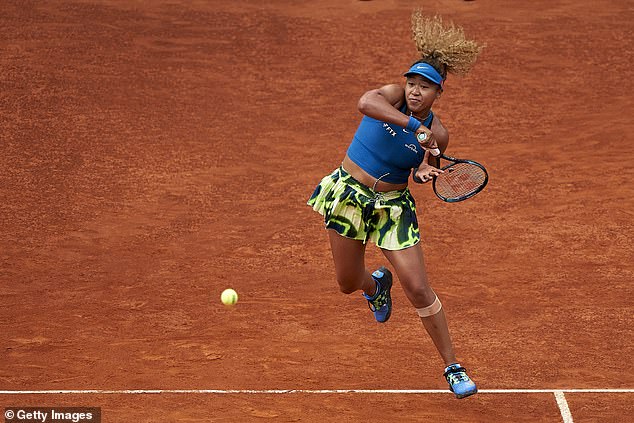 ‘I felt something in my Achilles after my last match, and like, I wasn’t really able to hit yesterday because I wanted it to go away,’ she said. ‘Honestly, I probably should have been a bit smarter about the whole way that I went through everything.

‘I feel like I couldn’t play the way that I wanted to play, like I was limited. … I don’t even really know what I did to my Achilles, so I’m probably going to get an ultrasound and see what happened, and then me and my team will kind of move forward from there.’

Wawrinka, 37, was off the tour for just over a year following surgery on his foot, making his comeback at the end of March.

Opelka, a semi-finalist in Rome last year, looked to be in control at a set and a break up but Wawrinka battled his way back into the match and turned things around impressively against the giant American to win 3-6 7-5 6-2. 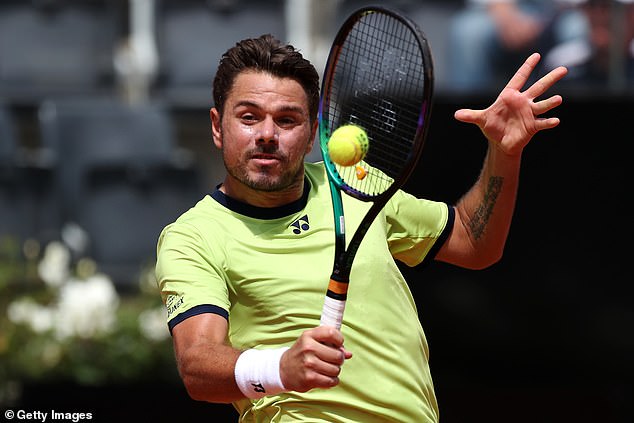