Wimbledon: Djokovic in seventh heaven after beating Kyrgios in final

Novak Djokovic has been warned about five players who could be a threat to his hopes of ending on more Grand Slams than Rafael Nadal. Djokovic could be barred from playing the next two Slams and Nadal knows by winning both he would open a three-major lead that may never be bridged.

Nadal is still 19-0 in Grand Slams in 2022 in a year where he has stretched his record of triumphs to an unparalleled 22. He had to pull out at Wimbledon before the semi-finals due to injury and so remains undefeated in majors on the court this year. In his absence Djokovic halved the Spaniard’s advantage with a four-set final defeat of Nick Kyrgios.

But Djokovic’s lack of Covid vaccination means he is currently unlikely to play the US Open while he is currently banned from Australia for three years after having his visa cancelled earlier this year, also chiefly because he is unvaccinated. That presents Nadal a chance to restore a two-Slam lead on the Serb or to even open up a three-Slam gap.

Djokovic would still fancy his chances of tying level with Nadal even if he improved to 24 Slams, with the world No 7 younger and less injury prone. But former British No 1 John Lloyd and 1987 Wimbledon winner Pat Cash think there are five blossoming players who could damage Djokovic’s chances of winning more Slams from the 2023 French Open onwards. 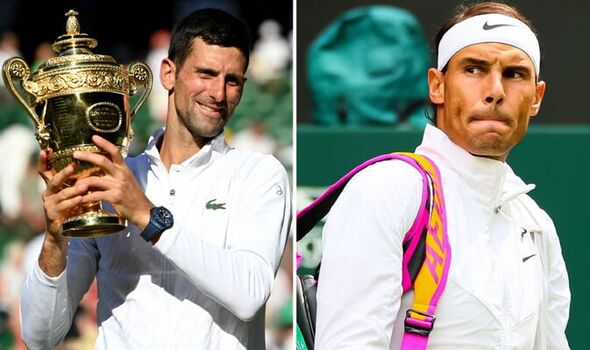 Lloyd told the BBC: “Definitely I would pick him [Jannik Sinner as one of the best of the next generation] but the one I love the most is [Carlos] Alcaraz. Even though he didn’t play as well perhaps against Sinner. But he’ll learn and I think he’ll win 10-plus Grand Slams. He’s that good.”

Alcaraz, 19, has won reached the quarter-finals of the last US Open and of this year’s French Open and has won Masters 1000 titles in Miami and Madrid in recent months. While Cash picked out Denmark’s Holger Rune and Norway’s Casper Ruud, currently ranked fifth in the world, as two of four players he’s keeping an eye on.

Cash added: “I think there’s a couple of Scandinavians, Ruud and Rune. They are also very good. Sinner of course is a great player. And Jack Draper, I think he’s going to do really well.” Briton Draper lost in the second round at Wimbledon but the 20-year-old has not long been on the ATP Tour and reached the semi-finals at Eastbourne before playing at SW19. 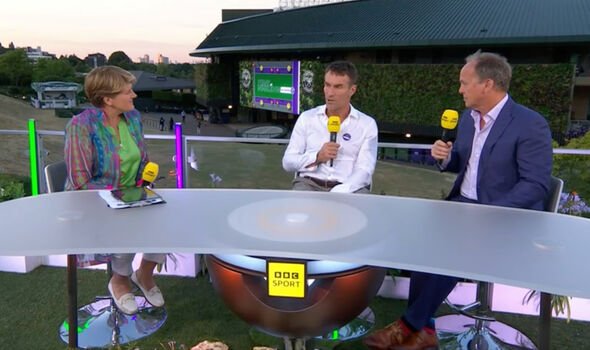 Rune, just 19, lost to Ruud in the French Open quarter-finals in June but has likewise shown great promise and won the Bavarian International and the Sanremo Challenger in 2022. While Sinner, the world No 10 who was beaten by Djokovic in the Wimbledon quarters, has not won any titles this year.

But the Italian, 20, has reached the quarter-finals of two Slams and is 31-10 for the year. Alcaraz is the most favoured of the lot with the world No 6, last year’s Next Gen ATP Finals champion, highly fancied to replace Nadal as the most dominant player on clay in the future. If he and Nadal can produce strong showings at the French Open in 2023, Djokovic may be forced to wait until Wimbledon next year to win another Slam.