Novak Djokovic has sent a heartfelt message to Serena Williams following her emotional press conference after the American tennis star lost to Naomi Osaka in the Australian Open semi-finals. Djokovic made light work of his semi-final clash with Aslan Karatsev, brining an end to the fairytale story for the qualifer.

For the Serbian, he’s now looking to win a ninth Australian Open title when he takes on either Daniil Medvedev or Stefanos Tsitsipas.

But Williams’ search for that elusive 24th singles Grand Slam title will have to wait a little while longer at least after she lost in straight sets to Osaka.

The No 10 seed had looked in excellent form throughout the tournament with many tipping her to go all the way.

However, Osaka proved too much in their semi-final clash and Williams was emotional in her post-match press conference when asked whether she was saying farewell as she left the Rod Laver Arena. 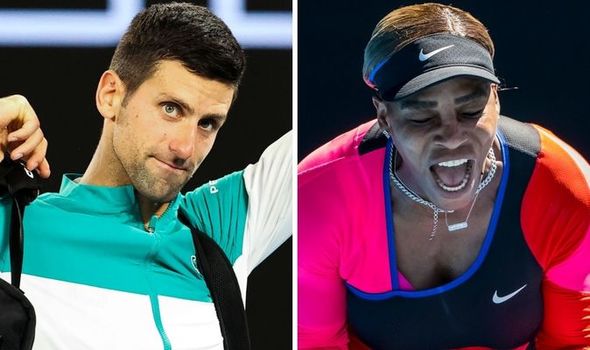 Djokovic was asked to give his reaction to Williams’ emotional press conference and whether chasing history and records gets harder the closer you get.

And the 33-year-old offered some kinds words to the iconic American tennis star, admitting he’s “proud and honoured” to be playing in the same era as her.

“Well, absolutely. I mean, when you’re chasing big things that are related to the history of the sport, obviously it has a lot of weight, a lot of pressure,” Djokovic said.

“And regardless of the amount of years that you have played on the tour and the experience that you have, you still feel it on your shoulders.

“I can empathise with Serena and what she’s going through. She’s such an amazing champion that inspires both male and female athletes around the world in what she has been doing, I mean, still is doing in her age, is extraordinary.

“I mean, you know, I’m sure she’s disappointed. I heard she was also emotional in the press conference.

“And, you know, regardless of all the success that she had, you know, I know that when you lose a big match you’re frustrated. 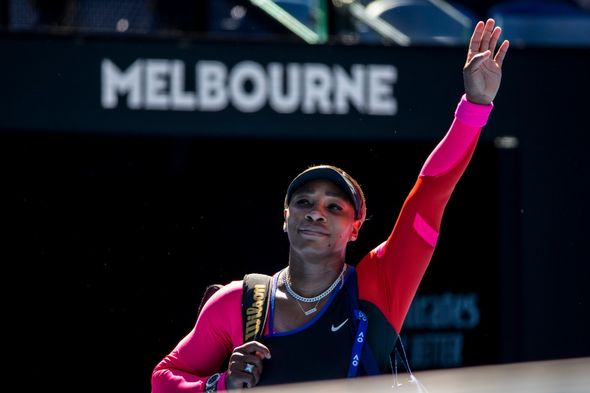 “But I think when you see a larger picture for her and everything that who she is, what she stands for on and off the court, it’s — I mean, she’s one of the greatest ever. I mean, there is no doubt, athletes, not just tennis player.

“I’m just — you know, I’m proud and honored to be playing at the same time she does and to see her greatness, experience her greatness is a thrill.”

Osaka will take on American Jennifer Brady in a bid to win her second Australian Open title on Saturday.

Djokovic meanwhile will have to wait until Friday to find out who he faces on Sunday with Medvedev and Tsitsipas set to face off an a fascinating semi-final.