Novak Djokovic may still be behind Rafael Nadal and Roger Federer in terms of Grand Slams won, but Jim Courier has tipped the world No 1 to turn things around with plenty of time on his side. Djokovic won his 18th Grand Slam at the 2021 Australian Open, defeating Daniil Medvedev in straight sets in the final.

Federer was not competing in the tournament as he continued to rehabilitate from his double knee surgery but Nadal looked in good stead to give Djokovic a run for his money.

But the Spaniard ultimately fell to Stefanos Tsitsipas with Djokovic going on to prove his status as the king of Melbourne Park.

The ‘Big Three’ have won an incredible 58 Grand Slam titles between them and it’s very unlikely to stop there with both Djokovic and Nadal still dominating on the ATP Tour.

Federer is just coming back to full fitness with anticipation on what he can achieve heading into this summer, when he will turn 40 years of age.

JUST IN: Federer to be given preferential treatment in bid for Wimbledon glory 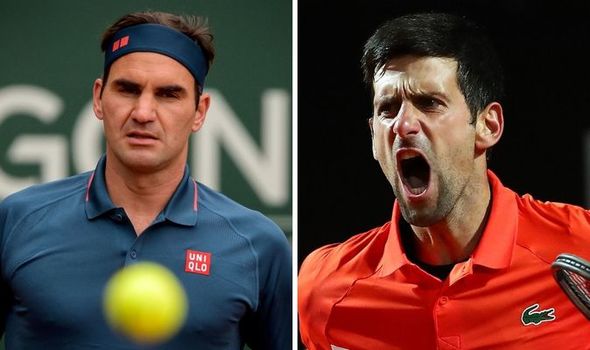 The Swiss tennis superstar appears to be approaching the end of his career with constant questions on when he plans to retire.

He’s given subtle hints recently that he has thought about retirement more over the past year and no matter what happens he will go down as one of the greatest players of all time.

Djokovic and Nadal though have plans to surpass Federer’s achievements with the latter having a strong chance to hold the all-time record for most Grand Slams on the ATP Tour at the French Open.

Nadal remains the favourite at Roland Garros and, while he turns 35 years of age next week, he will be expected to add at least one more Grand Slam.

Djokovic though still appears to be performing at the top of his game and has made no secret about his desire to hold all the records.

And Courier, who won four Grand Slams in his career, has tipped the Serbian to continue dominating in the men’s game for many more years to come.

“I definitely think Novak will have more bites at the apple, assuming that both [Nadal and Djokovic] stay healthy,” Courier told Forbes.

“I think he’s a little bit more viable across the other surfaces.

“If you look at the balance of [where] their majors have been won, I think that’s probably true given that three of the four are not on clay. 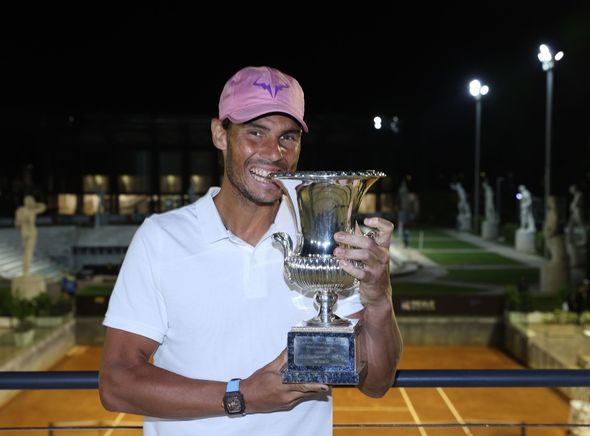 “It’s hard to see Rafa not winning at least 2-3 more based on how healthy he is right now and how much of a prohibitive favourite he is at Roland Garros so if he punches out to 22-23, Novak has a lot of ground to make up but he seems to be likely to have a longer career.

“He’s a year younger and he tends to be in pretty good health and as long as he can stay away from the operating table and stay focused, I think he can be viable until he’s 40 years old. “

And it’s clear that Djokovic shares the same view as he doesn’t believe the changing of the guard has happened just yet.

“Everyone talks about the new generation coming and taking over us, but realistically that isn’t happening still,” Djokovic said before the Australian Open final.

“We can talk about it all day but with all my respect to the other guys, they still have a lot of work to do.

“I’m not going to stand here and hand it over to them. I’m going to make them work their ass off for that.”