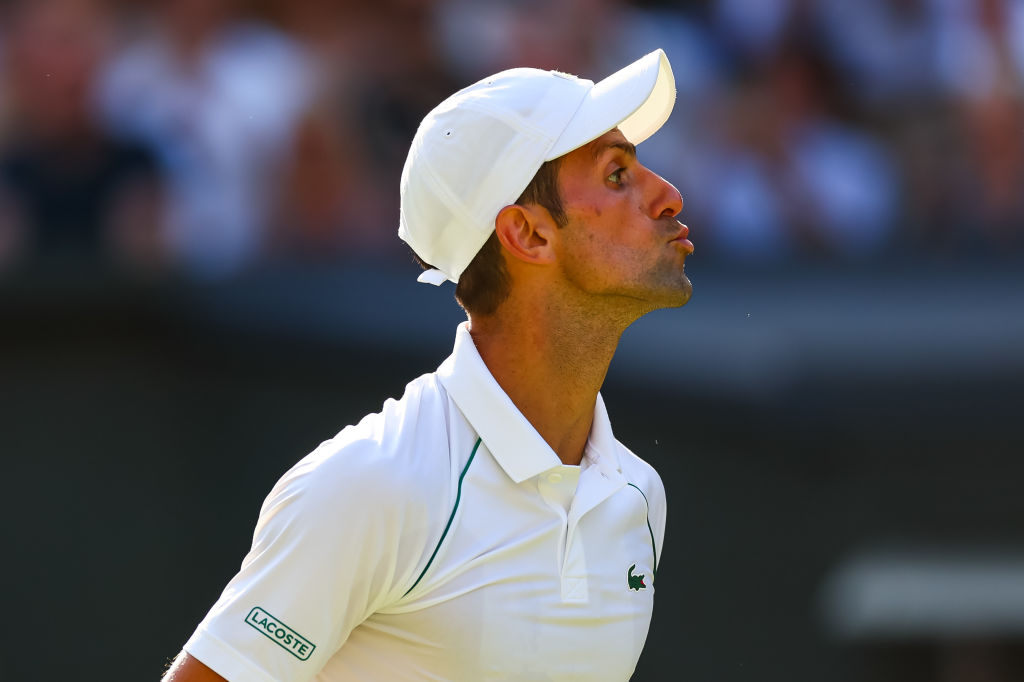 Novak Djokovic attempted to play down his controversial kiss aimed at Wimbledon’s centre court fans during his semi-final win over Cameron Norrie.

The world No.3 was involved in an unseemly spat with spectators who booed him during what was, ultimately, a relatively routine four-set victory over the home favourite.

After sealing his place in Sunday’s final against Nick Kyrgios, Djokovic faced the fans who had been trying to put him off while he was serving and aimed a kiss in their direction.

The gesture didn’t go down well with everyone with BBC commentator Andrew Castle noting ‘The crowd are not overly delighted with the reaction, but he won’t mind about that. The crowd not sure about this, an interesting reaction.’

Co-commentator John McEnroe added: ‘He didn’t need to do it, but don’t take away from what this man is doing.’

Djokovic, however, insisted the kiss was blown in the direction of a supporter who had been offering support, but conceded it was difficult to content with such a partisan crowd.

‘(The kiss was) to somebody that was cheering for me,’ he said afterwards.

‘Look, it’s never pleasant to have the whole stadium cheering for your opponent. Of course, it’s something that I expected coming into the match.

‘It was logical for that to happen because he’s hometown hero, they wanted him to win. I knew what kind of environment I’m going into.

‘But I felt like I was maintaining my focus pretty well considering. I sat down, wasn’t playing well, feeling well, but somehow I managed to turn the match around.

‘He was asking for the support of the crowd and he was getting it. It was not easy to close out the match for me… I felt a lot of pressure to serve it out.’