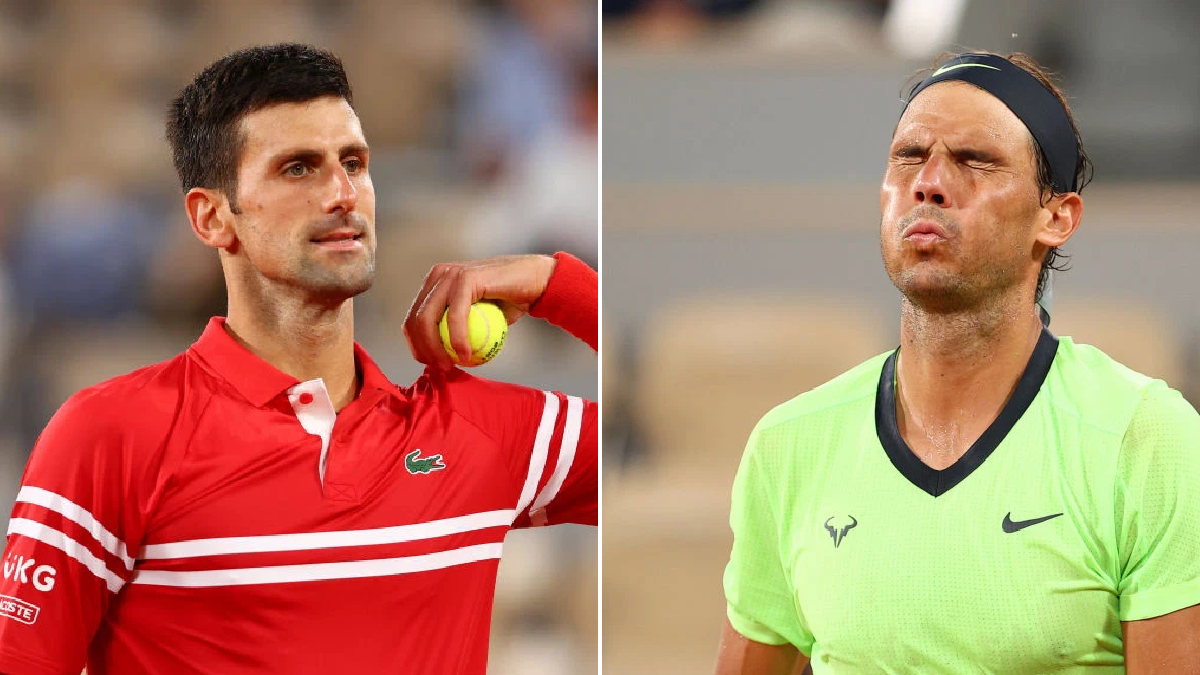 Novak Djokovic hailed Rafael Nadal’s ‘dominant’ French Open record after he upset the ‘King of Clay’ for a second time on his favourite court.

Djokovic, the world No. 1 from Serbia, became the first man to defeat Nadal twice at Roland Garros with Robin Soderling the only other player to have beaten the Spaniard on the clay courts of Paris.

The performance of both on Philippe Chatrier was of the highest calibre on Friday night, with Djokovic recovering from a set down to win 3-6 6-3 7-6 (7-4) 6-2 in more than four hours.

It was the first time that Nadal had lost a match beyond the quarter-finals of the French Open and Djokovic made sure to hail his ludicrous 105-3 win-loss record on the Parisian dirt.

‘It’s hard to find words bigger than all the superlatives you can think of for Rafa’s achievements in Roland Garros,’ said Djokovic.

‘I mean, he has been the most dominant player of the Roland Garros history. He lost two, now three times, in his entire career. He’s been playing here almost 20 years. That achievement speaks for itself.

‘The amount of wins that he has made on this court is incredible. Each time you step on the court with him, you know that you have to kind of climb Mt. Everest to win against this guy here.

‘I won only once in I think our eight matches that we ever played in Chatrier here in Roland Garros. I tried to take some positives and some cues from that match in 2015 that I won against him to implement tonight, which worked out very nicely.

‘But it’s just one of these matches that I really will remember for a very long time, not just because I won the match but because of the atmosphere and just the occasion was very special.’

Djokovic ranked this victory among the top-three in his career but he will have to keep himself grounded ahead of a testing final against in-form Greek fifth seed Stefanos Tsitsipas on Sunday.

‘It’s not the first time that I play an epic semi-final in a Grand Slam and then I have to come back in less than 48 hours and play finals,’ added Djokovic. ‘My recover abilities are pretty good, I must say, throughout my career.

‘Obviously my physiotherapist will try to do everything possible so I can be fresh. Because I played enough tennis, I don’t need to train too much. It’s really now just about taking things slowly until the day of the finals.

‘I know what I need to do. Obviously Tsitsipas, first time in the finals of a Grand Slam, if I’m not mistaken. For him it’s a great achievement, but I’m sure he doesn’t want to stop there.

‘He’s in great form. I think he leads rankings, race rankings, this year. He’s had his best results overall. I think he matured as a player a lot. Clay arguably his best surface.

‘We played an epic five-setter last year in the semis here. Yeah, I know it’s going to be another tough one. I’m hoping I can recharge my batteries as much as I can because I’m going to need some power and energy for that one.’