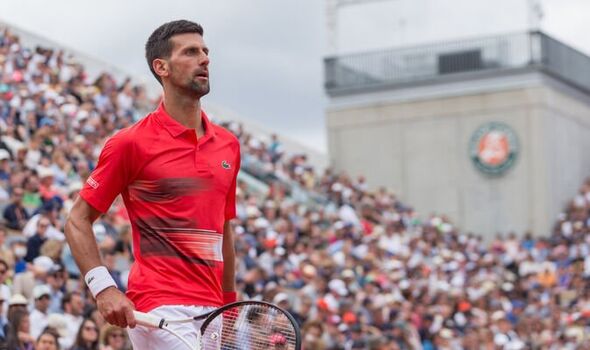 Novak Djokovic has revealed he has contacted one of Boris Becker’s sons to offer help since the German tennis legend was sent to prison for fraud.

The world No 1 was coached by Becker for three seasons from 2014-16 as the Serb won six Grand Slams – including his first French Open – and 14 Masters titles. The German, 54, was sentenced to two-and-a-half years in April but he has since been moved to Huntercombe prison in Oxfordshire which is used for foreigners who are about to be deported.

But speaking at the French Open, Djokovic said: “It breaks my heart to, you know, see him go through this. I don’t want to go into the process or what’s fair, what’s not, what was done.

“Just as someone that is considering Boris really as a friend and family member, really, he was always so nice to me and my family, and we had a great relationship throughout the years, particularly when we worked for three years and achieved great things in this sport.

“Even when we stopped working, our relationship kept going, in a right way. I have been in touch with one of his sons, Noah, and asking if there is something that I could do, help, you know, just being there for his family members, you know, because I can’t get to him.

“But it’s terrible. I don’t know what to say. I mean, I’m just very sad that someone I know so well, and of course someone that is a legend of our sport is going through what he’s going through. It’s been only less than a month. We know how long he has to be there. So I just hope that he will stay healthy and strong.”

“I didn’t really feel particularly emotional about it,” said the Scot. “He broke the law and if you do that, I don’t think you should get special treatment because of who you are or what you’ve achieved. Again, I feel sorry that he’s in that situation, but I also feel sorry for the people that he’s affected with his decisions as well and what’s happened to them. I hope he’s okay and that he learns from his mistakes. But I didn’t have a particular emotion about it.”