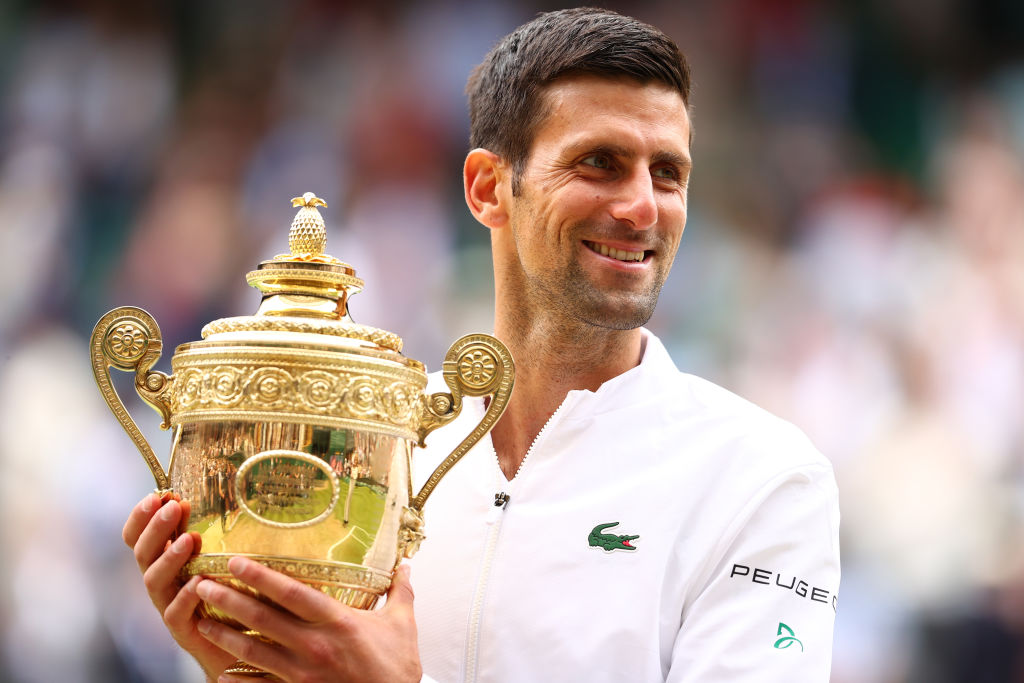 Novak Djokovic has confirmed he will take part in this summer’s Olympics despite previously admitting he was ‘divided’ over travelling to Tokyo following his victory at Wimbledon on Sunday.

The world number one is bidding to complete a calendar Grand Slam and Golden Slam by winning all four majors as well as the Olympics, having already won the Australian and French Opens in addition to Wimbledon.

Only Steffi Graf has previously achieved a Golden Slam, though Djokovic was giving serious consideration to spurning his shot at history due to the strict restrictions on athletes at the Games as well as the absence of fans.

But, after speaking to his team and taking several days to deliberate over his decision, Djokovic has elected to travel to Japan – and could even be Serbia’s flag-carrier at the opening ceremony.

The 34-year-old announced the news on social media with a cute video to six-year-old Koujirou Owaki on his birthday, with the Japanese youngster having gone viral for his tennis videos replicating idol Djokovic.

‘I’m following your tennis, your progress. All the best, I wish you luck and hopefully I can see you in Tokyo Olympic games!’