Novak Djokovic has been freed after the Australian government decided not to revoke his visa on Monday evening, while supporters of tennis’ world No.1 clashed with police in ugly scenes on the streets of Melbourne.

The 34-year-old, who is unvaccinated and claimed he was given a medical exemption which allows him to compete in the Australian Open this month, won his appeal as the federal court overturned the government’s decision to cancel his visa.

But Djokovic has been warned that Australia’s immigration minister, Alex Hawke, still has the ‘personal power’ to revoke the visa, even though he did not take that decision after the court’s ruling.

There is no time limit on Hawke’s power to cancel Djokovic’s visa, and the decision could be made on grounds of ‘public interest’ before the Australian Open begins on January 17.

A spokesperson for Hawke said on Monday evening: ‘Following today’s Federal Court determination on a procedural ground, it remains within Immigration Minister Hawke’s discretion to consider cancelling Mr Djokovic’s visa under his personal power of cancellation within section 133C(3) of the Migration Act.

‘The Minister is currently considering the matter and the process remains ongoing.’ 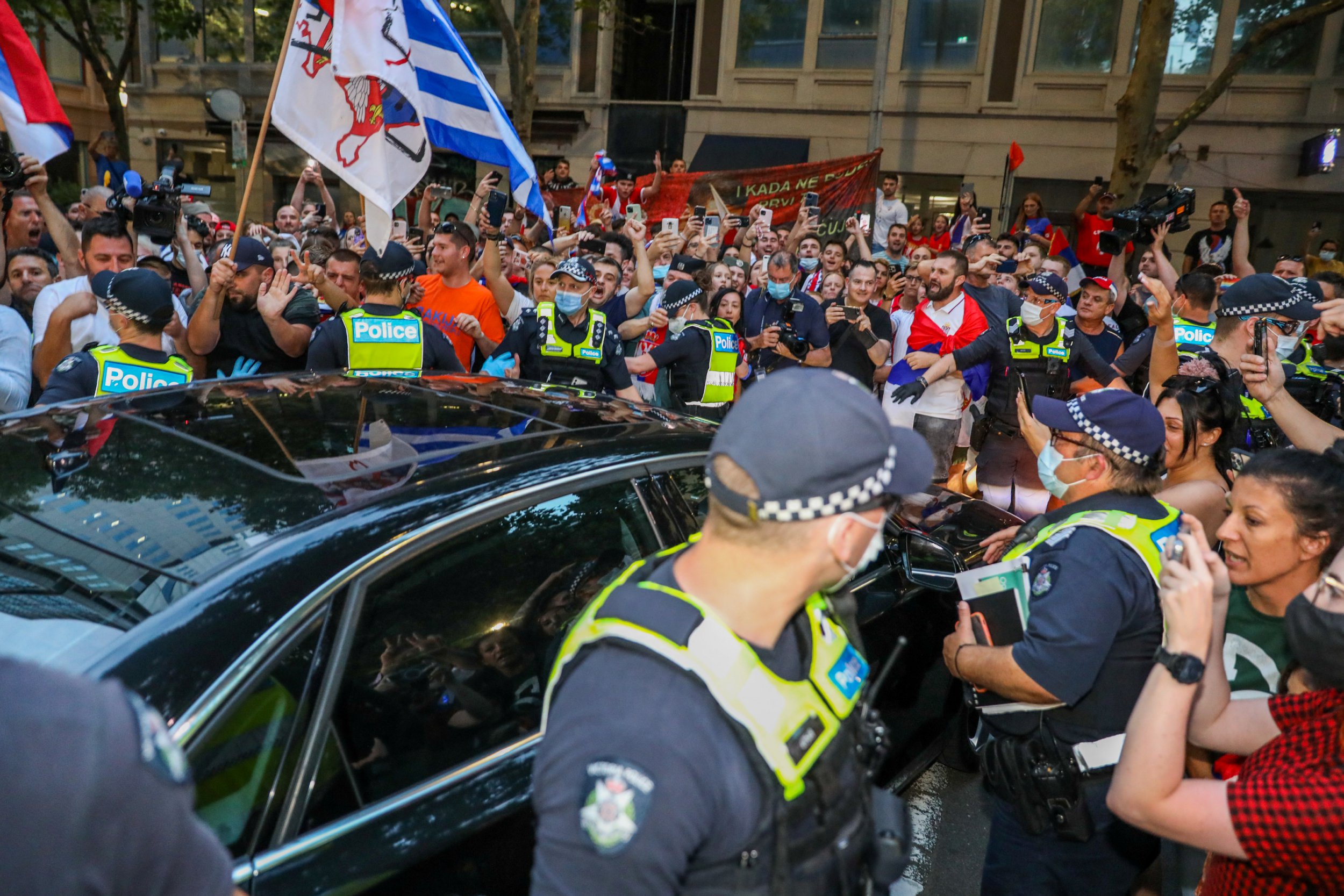 After being transported from the court to his lawyer’s office in Melbourne, Djokovic was then taken away to a private location.

However, some supporters became agitated with police, who used pepper spray to disperse the large crowds.

There was also confusion following the court ruling as Serbian media claimed that Djokovic’s father, Srdan, had said that his son had been re-arrested.

However, it’s understood that the police presence outside the office of Djokovic’s lawyers in Melbourne was there due to the amount of supporters on the streets.

‘We are currently consulting with lawyers on the next steps,’ Djordje Djokovic, Novak’s brother, told TV Prva on Monday.

‘Novak is now with his lawyers in the premises where they were during the court appointment, thinking about his options. I think this was a big defeat for the authorities, they lost, and they thought they could win against the whole system and Novak.

‘Novak has been through a whirlwind of emotions, he is in a good mood now, but he must be calm and smart.’

Djokovic, who is aiming to win the Australian Open for the 10th time in his career, had been detained in a detention hotel in Melbourne since last Wednesday.

The Serb’s mother, Dijana, described the conditions as ‘inhumane’ and claimed her son was not even receiving three meals a day.

‘They locked him up, they don’t even give him breakfast, he has lunch and dinner, there is nothing for breakfast,’ Dijana Djokovic said on Sunday evening.

‘I’m telling you what he told me. And in prison they have three meals a day and to go out.

‘There is no normal window to look at the park but a wall. These are not humane conditions.’