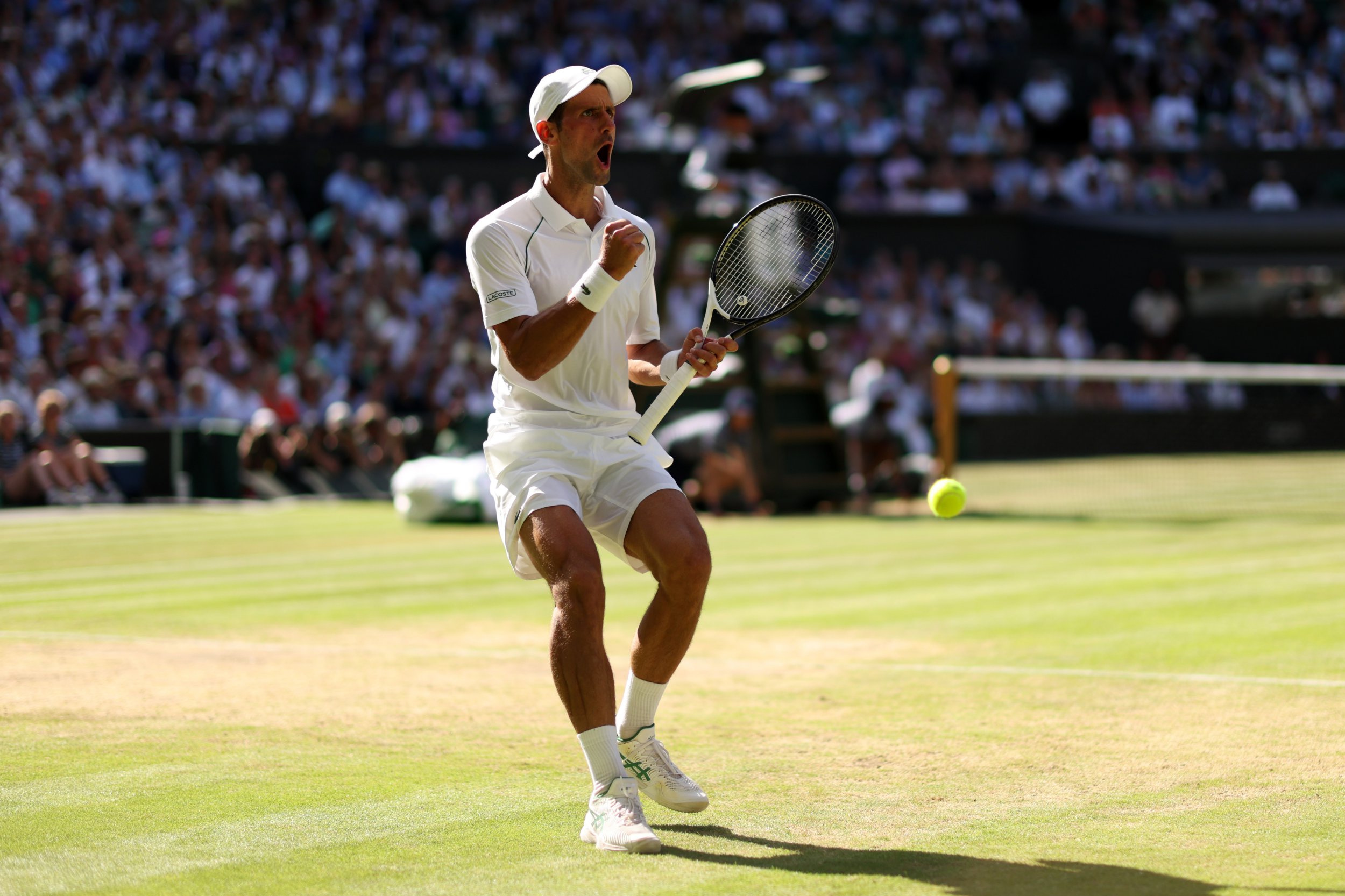 Novak Djokovic continued his quest for a fourth-straight Wimbledon title with a 2-6 6-3 6-2 6-4 semi-final victory over Great Britain’s No.1 Cameron Norrie.

It was a shaky start for the six-time Wimbledon champion on Centre Court, losing the first set in just 32 minutes before asserting his dominance to break British hearts and end Norrie’s dream of repeating Andy Murray’s 2013 and 2016 heroics.

With Rafael Nadal winning Roland Garros and the Australian Open, plus the upcoming US Open’s ban on unvaccinated players, Wimbledon is Djokovic’s only chance of winning a Grand Slam this year and adding to his 20 major titles.

The 35-year-old Serbian will face fiery Australian Nick Kyrgios in Sunday’s Championship match, who received a bye to the final on Thursday after Nadal pulled out of their scheduled semi-final meeting with an abdominal injury.

Djokovic sent a message to Kyrgios prior to his semi-final win over Norrie, saying: ‘Hopefully I’ll see you Sunday.’