Nick Kyrgios winning Wimbledon could have “been too much” for the Australian and defeat to Novak Djokovic could be “the best result”. That is the opinion of former seven-time Grand Slam singles champion Mats Wilander, who says Kyrgios will now be motivated to keep coming back in the hope of winning major tournaments.

Djokovic won Wimbledon for the fourth year in a row in a four-set victory on Centre Court. After losing the first set, he won the next three to win his 21st Grand Slam title.

Kyrgios was competing in his first major final at the age of 27. He hadn’t even reached a semi-final before this week and was handed a walkover in the last four after Rafael Nadal’s withdrawal due to injury.

Kyrgios has restricted his time on tour and missed the clay-court season to prepare for Wimbledon. Wilander is intrigued at how he will react to Sunday’s loss. 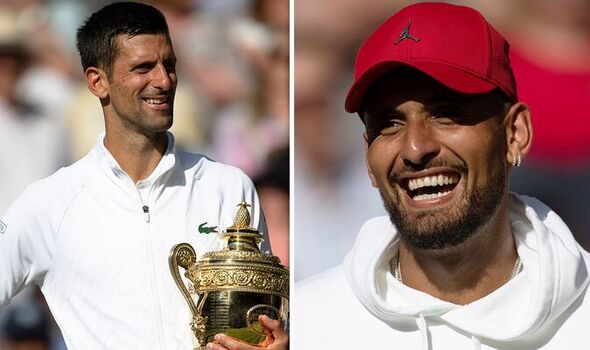 But the Swede reckons it will be a good thing to have suffered defeat, giving him the motivation to reach more finals in the future. Wilander told Eurosport: “It will be interesting to be a fly on the wall as Nick recovers.

“He won’t have regrets looking back at this final because it would have been great to win, but it could have been too much for the future of his career. It could be the best result because it will motivate him to keep coming back.

“He knows he can win a Grand Slam, he was so close. He is so fun and when he behaves like how he did today, it’s outside what we think is ‘normal’, but Nick, please stay healthy and keep it up.”

Speaking to the media after the loss, Kyrgios felt he was very much in the match, especially after winning the first set. He said: “Yeah, obviously very disappointed. 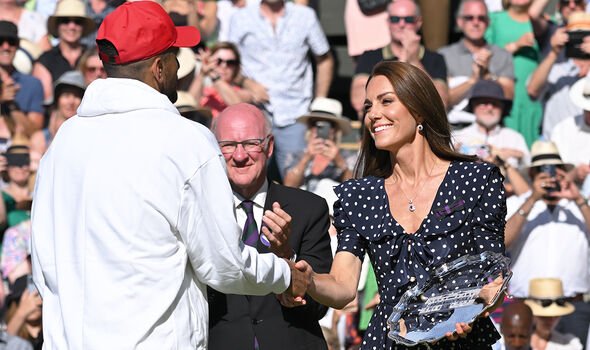 “I felt like, you know, to get to the final, there’s always a bit of anxiety of how it’s going to play out, if you kind of feel worthy to be there. I felt like the trophy was definitely attainable today.

“Played a hell of a first set and put myself in a position to, you know, obviously take a stranglehold of the match. He’s just really composed.

“It’s weird, I felt like he didn’t do anything amazing today. He returned obviously the way he returns. I feel like he’s just a great returner.

“But he was just so composed. That’s what I was just thinking to myself. In big moments, it just felt like he was never rattled.”