Not since he arrived at the Australian border has Novak Djokovic been caught quite so unprepared. Give him some leeway, the stranger at the gate this time came with a little less warning.

Had you heard of Kwon Soon-woo? Did you know he is the world No 81, without a win against a member of the top 10, and was better known at home in Korea for dressing as a car on Masked Singer?

Fine player, it transpires. He strips fuzz off balls with his forehand, he loves a drop shot, and he used both to take Djokovic into deeper water than ever appeared likely when the draw for the first round was circulated. It was a delightful brand of resistance. 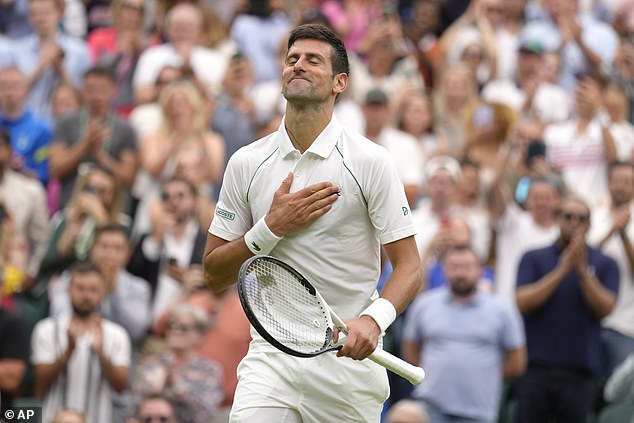 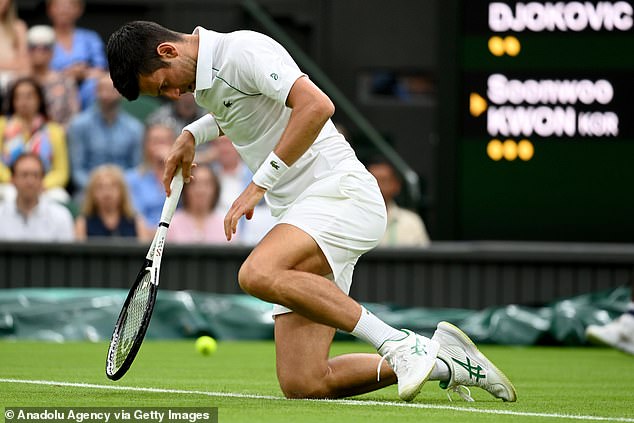 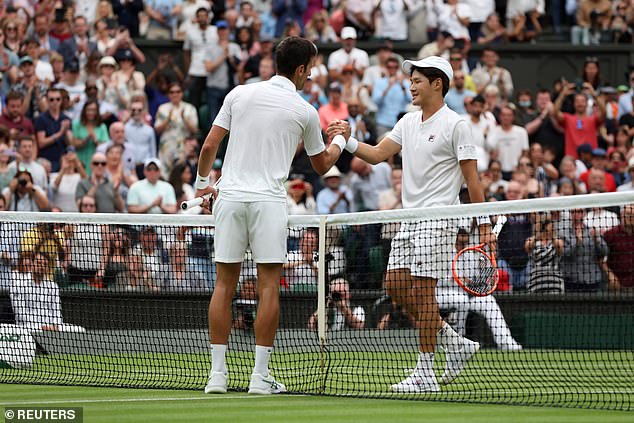 A four-setter meant the tussle concluded with no great drama, certainly when set against the types of bother that Djokovic has brought on himself this year. But it was a scrap. It was competitive. And for brief flickers, it had potential to be more, particularly when the 24-year-old held a break point at 2-2 in the third, before Djokovic got through 6-3, 3-6, 6-3, 6-4 in a dash under two and a half hours.

It remains to be seen where this latest stroll on the lawns takes him, if we are to avoid the obvious answers around a man unbeaten here since 2017. But a good deal of sludge has passed under the Serbian’s bridge since his third straight Wimbledon crown last year, and at the age of 35, with no real grasscourt preparation, we do have to wonder where he stands.

The first sightings here pointed to a poor serve that didn’t get going until the fourth set and a bafflingly high 29 unforced errors. Talking him down is usually an exercise in muddled thinking, but indisputably it was a slow start to his tournament.

‘Credit to Kwon for playing some really high-quality tennis,’ he said. And yes, quite.

‘When you are starting the tournament without preparation matches prior to Wimbledon, always you will feel less comfortable than you would like, especially against someone so talented. It was really difficult to go through him so I had to figure out a way tactically.

‘If he broke my serve in the third set this match could have gone a different way. I was glad I was on the winning side.’

Despite it all, which is to say a vaccination stance that has thrown up so much dust, Djokovic was roared on and off the court. More than usual, in fact. Given his popularity has rarely been in step with his successes, that was perhaps a little surprising. Or maybe not – this is Wimbledon, after all. 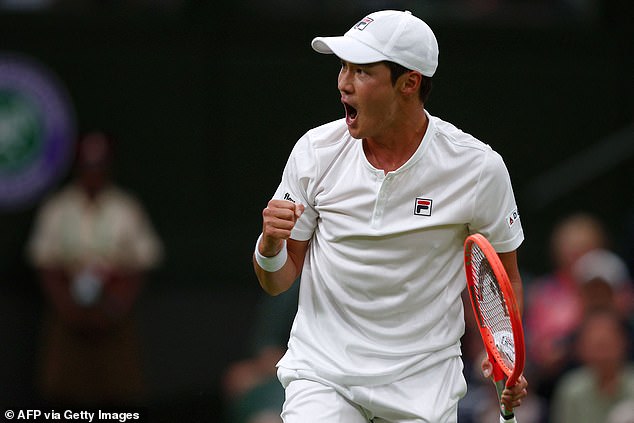 As for the tennis, it quickly became apparent that it would be no easy walk. Djokovic opened by dumping a routine backhand into the net on the first point, and while that service game was survived via deuce, he was broken in the next for 2-1, undone by a pair of thundering Kwon forehands.

That forehand was the Korean’s prime weapon – that and a pulse of big-occasion inspiration – but plainly it was aided by rust on the other side. Having never beaten a top-10 player, Kwon was rather enjoying the challenge.

The 24-year-old rode that wave until 3-2 but a backhand wide gave Djokovic the break, and then another into the net allowed the latter to move to 5-3. The journey from a minor drama to a 6-3 first set lasted all of 20 minutes. 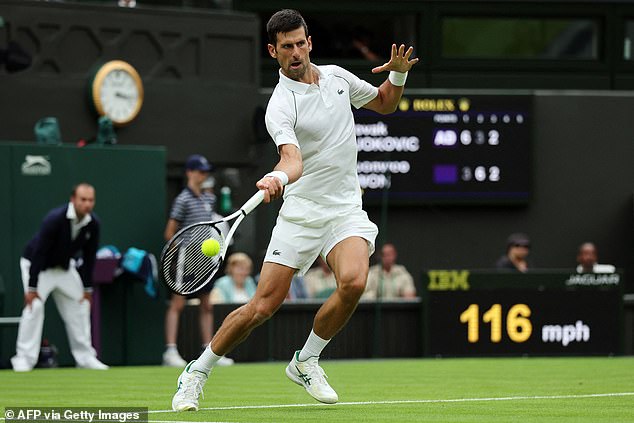 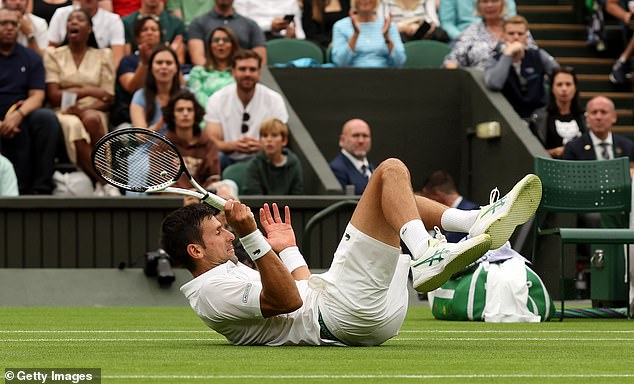 The second set was briefly halted by a medical situation in the crowd and upon its resumption Djokovic again made an awkward start. Serving at 2-1 down he put a mid-court forehand into the net to give up a break, and then failed to convert from 0-40 in the next game. This was unusual.

By 4-2 to Kwon, Djokovic was chuntering to himself between points. By 5-3, both men were staring at scenarios that would be considered wildly unusual. After a break so that a second member of the crowd could receive medical assistance, Kwon reached set-point with a delightful drop shot from the back of the court and closed when Djokovic ballooned a forehand long. This time the roar was for the underdog.

The numbers at this stage were alarming. While Kwon was having the match of his life, helped by 15 winners, so many of which came from those forehands and drops, Djokovic had coughed up 15 unforced errors – unfeasibly high for him – and was only getting half of his first serves in.

He survived another break point at 2-2 in the third and continued to exist in a state of discomfort until 4-3 up, when he had his own chance for the advantage. A netted backhand from Kwon permitted it and from there Djokovic served out.

The Korean was still firing winners at the start of the fourth – 27 across the first two hours, three more than the top seed – but ultimately his errors got the better of him. He slipped to 0-40 at 2-2 and put a forehand wide, giving Djokovic the break. It was only then we saw him in his stride. He closed with an ace and for the first time in a few hours could breathe a little easier. 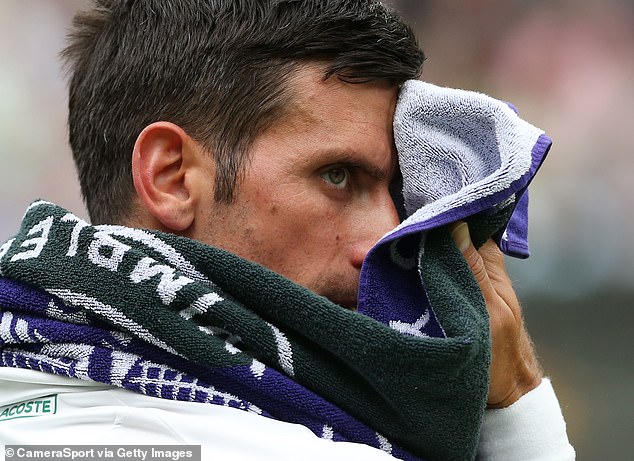