Cam Norrie stepped up to his role as the British No 1 on Wednesday night with a stirring rearguard action that kept his team’s Davis Cup hopes alive against the USA.

With Andy Murray left out of the singles, Norrie repaired the damage of an opening defeat for Dan Evans by overcoming his American counterpart Taylor Fritz 2-6, 7-6, 7-5.

That left Murray to partner world doubles No 1 Joe Salisbury in a late night decider against Rajeev Ram and Jack Sock that would decide this opening round robin match. 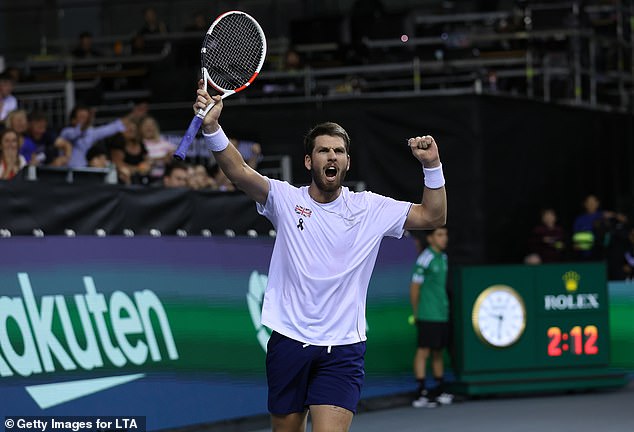 A team loss would be survivable with matches to come against Holland and Kazakhstan, but victory would put the host nation in charge as they try to reach November’s World Group finals.

At a career high ranking of eight, Norrie came perilously close to defeat in the second set before a passionate crowd that included his Glaswegian father David, who had flown all the way from New Zealand to watch.

He took the tie-break 7-2 but failed to serve out the match at the first time of asking at 5-4 in the decider. At 5-5 he broke to love with a series of rifled return winners and made no mistake second time round.

It has been four years since the British team last played at the Emirates Arena, a regular venue in their glory years around the middle of the previous decade. 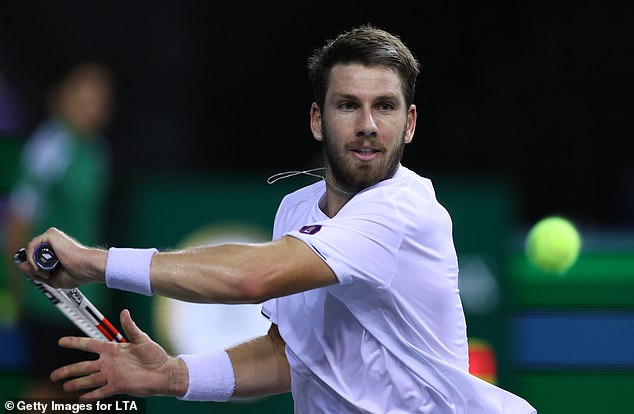 The attendance was nonetheless healthy for the 4pm start, with Murray getting the loudest cheer when the players came on and were introduced.

Murray was left out of the singles with the two selections going off the rankings and his late appearance on Wednesday night would test the loyalty of his home crowd. It was a significant call from Captain Leon Smith, because Evans’ record in the Davis Cup against top 60 players was two wins from eight matches, far inferior to his overall tally when flying solo.

By the end of the contest it was two victories from nine, with a 6-4, 4-6, 6-4 defeat seeing him unable to prise open the defences of world No 29 Paul.

‘I probably lost the match in the first set. It was a very slow court, it took a lot to get used to the balls. The balls were heavy, it was difficult,’ Evans said. ‘I had my chances but didn’t take them. All credit to Tommy. I thought he served well when I had them.’

In the more simple old format of home and away matches the host nation was allowed to pick the surface to suit its needs. 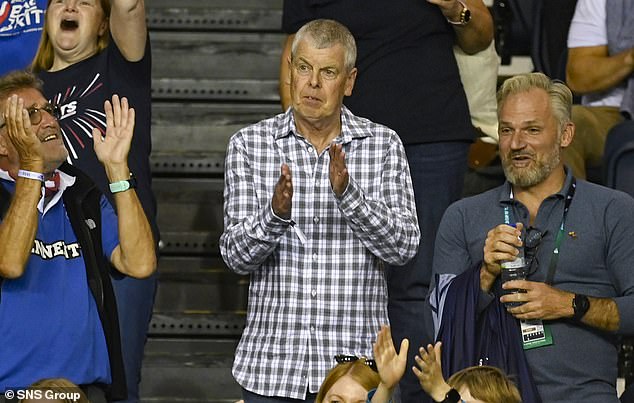 But with the introduction of four-team groups, the decision is with organisers Kosmos and the International Tennis Federation, with the same environment at the different group venues.

An indication of the court’s speed was the 13 break points that the pair each had, Paul taking five to Evans’ four.

There were long rallies galore, with the home player never quite managing to achieve his aim of rushing his baseline opponent sufficiently.

Evans, with a black ribbon on his shirt to mark the Queen’s passing, struck first early in the second set but was unable to consolidate it.

That proved a problem throughout the match, although it appeared he had the momentum when he took the second set. At 3-4 in the decider he was broken again, but stayed in the contest by breaking back immediately with a high lob that landed just in the corner.

Serving to stay in it, Evans was broken for a final time and the British team was behind. But Norrie fought superbly to level it.