Nick Kyrgios has been told of the possible edge he has over Rafael Nadal and Novak Djokovic at Wimbledon after the Aussie reached the quarter-finals with victory over Brandon Nakashima. The controversial 27-year-old has been fined twice during the SW19 tournament, but Lleyton Hewitt believes that he thrives in situations where there is a lot of atmosphere surrounding him.

“Nick can play with chaos going on,” Hewitt told Eurosport. “Not many people can, but he can. We’ve seen at the Australian Open in the doubles when it was a big scene like that, that is when he plays his best tennis. His opponents have to be prepared for that. They know at some stage in a lot of matches stuff like that is going to happen.

“You have to keep on going. Stefanos [Tsitsipas] played him only two weeks ago in Stuttgart so it’s nothing surprising for him there. Nick, the way he is serving, is going to be tough to beat for everyone.”

Kyrgios was told he “has to tone down” the antics during his third-round victory over Tsitsipas, after receiving a second fine of £3,300 for his conduct in addition to an £8,200 he was served for his opening match. 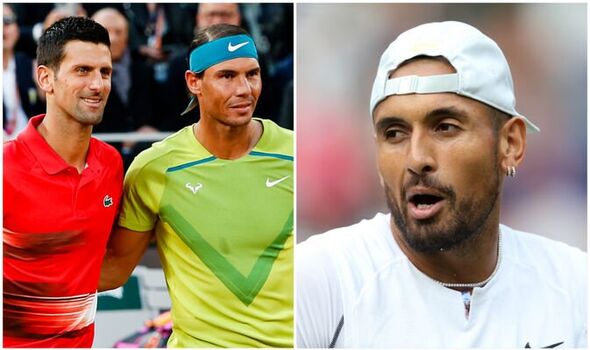 “For me today it’s a completely different scenario from the other match that was late in the day, a lot of energy,” Todd Woodbridge said. “For Nick he really has to tone it down, in front of the Royal Box – he probably has thought about that. He is also favoured to win and that changes his demeanour.”

Kyrgios was labelled a “bully” by Tsitsipas after their match, but Hewitt believes that the fiery type of contest would always favour the Australian. “It was an epic and it was always going to be between those two players,” he added. “But now the pressure swings and there will be a lot more pressure and expectation on Nick every time he goes out there now for the rest of the tournament. 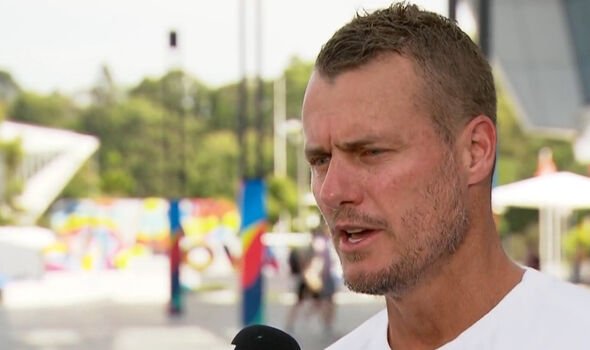 “It was probably over the top in the end because it became not a tennis match. There was everything going on and it wasn’t just the incredible skill of the two players out there on the court.

“It was strange. It played into Nick’s wheelhouse though. Everything turned and Tsitsipas lost his head and his emotions in the end and it cost him the match.”

Kyrgios suffered a shoulder injury during his fourth-round match with Nakashima and had to receive treatment and painkillers during breaks in the game. He told his team the pain was “not good” and insisted “I’m in a lot of pain right now.” before going on to defeat the American.