Nick Kyrgios declares himself the world’s best grass court player despite his No.76 ranking and the fact he has never won an ATP title on the surface

Despite being ranked just 76th in the world, controversial Aussie tennis player Nick Kyrgios still has the confidence to declare himself the best grass court player in the world.

Kyrgios has elected to miss the French Open and his now focused on Wimbledon in late June, where he hopes to relive some of his best early career successes, including making the tournament’s quarterfinal in 2014.

‘I mean, on the grass, I’d say me,’ Kyrgios told the Sydney Morning Herald during an NBA promotional event in Sydney, when asked who the world’s best grass court player is.

It is a bold call considering Kyrgios has six ATP titles, but has never claimed one on a grass court. However he has reached two semi-finals on grass and the Wimbledon quarterfinal. 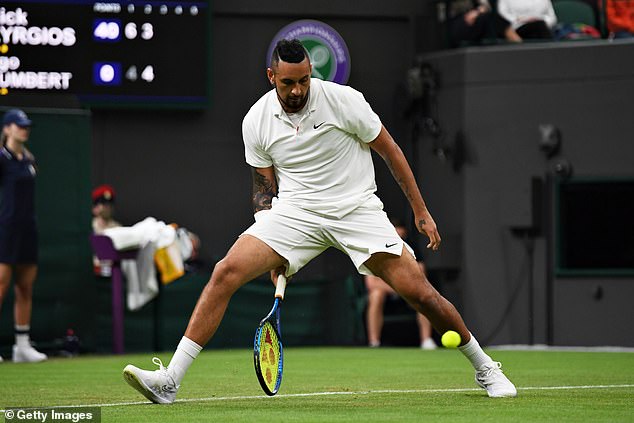 While the grass courts of Wimbledon might be the most traditional of tennis settings, Kyrgios is not afraid to play the game his way – including breaking out his trademark ‘tweener

The American hardcourt season has been a rollercoaster for Kyrgios, who enjoyed some amazing success with wins over world no. 7 Andrey Rublev, world No. 8 Casper Ruud and world No. 9 Fabio Fognini.

Along the way he has smashed rackets, nearly struck a ball boy, sledged fans, duelled with chair umpires and roped in Hollywood actor Ben Stiller who reckons there may be a place in one of his movies for the Aussie firebrand. 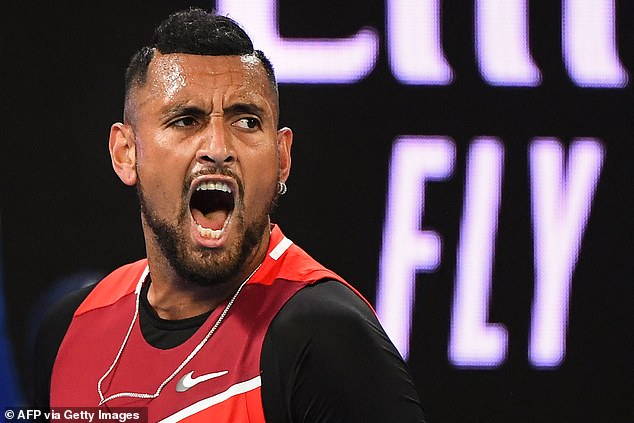 I am Kyrgios, here me roar. The Aussie tennis firebrand had a successful US hard court season but also courted controversy along the way for his running battles with fans, umpires, tennis rackets and even a bizarre interaction with Hollywood star Ben Stiller

While based on ranking Kyrgios’ grass court claims may seem over the top, if the big-hitting Aussie takes his current form onto the grass courts of Wimbledon he may be very hard to stop.

Last month, the 27-year-old told Nine presenter Karl Stefanovic that the remainder of 2022 would be ‘very important for my career’.

‘Something about this year has just been different,’ Kyrgios said.

‘I’ve played five or six events and I’ve gone pretty well in pretty much every one I’ve played and I’ve beaten a lot of the top players in the world this year.

‘I guess it’s more of a resurgence year, just going out there and showing people that I don’t have to go out there and play all the time, [that] I can still be at the top of the game. I’m just enjoying it and doing it my way.

‘I play for a lot of people. I feel like I’m very relatable. A lot of kids and people look up to me when I play. If someone like me can make it this far and achieve what I’ve achieved, I think it gives them a lot of hope.

‘Obviously, I’m 27 now, so I’ve got to provide a bit of money, but it’s just a lot of fun; the tennis tour, travelling around the world, it’s a pretty nice lifestyle. 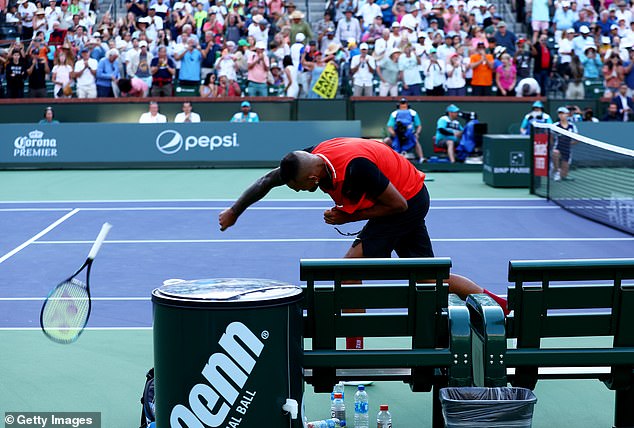 While Kyrgios is influencing young children, Swedish tennis great Mats Wilander recently slammed him for teaching them the wrong lessons.

He revealed that Aussie Davis Cup captain Lleyton Hewitt was worried about the influence that Kyrgios was having on the next generation.

‘I do know from Lleyton Hewitt telling me that every kid in Australia basically, is doing what Nick Kyrgios does,’ Wilander said.

‘I’m not saying they’re throwing rackets and whatever, but they hit the ball like Nick Kyrgios and that’s kind of bad enough in a way because Nick is so talented, but he doesn’t use his feet at all in any of his shots.

‘He just slaps it with his arm. And they look up to these guys. So I think it’s atrocious.’

Kyrgios also recently put up an appreciation post for his partner Costeen Hatzi after the couple recently purchased their first home together.

The Sunday Telegraph reported Kyrgios has ‘purchased a $1.6million penthouse in Sydney’s Kensington to be with girlfriend Costeen Hatzi’ when he’s not travelling the world for tournaments.

‘My beautiful Costeen, the most amazing person I’ve ever met. You’ve been the biggest blessing in my life and I’m so incredibly thankful that I get to call you my best friend,’ Kyrgios posted on Instagram.

‘No matter what we do, I always get excited because I know that we are going to make every little moment enjoyable.’