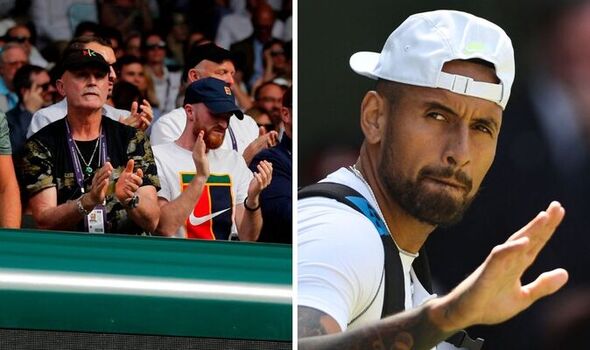 Nick Kyrgios’ corner will need to try and rile the Aussie up and get him to find his “nasty” side in order to beat Novak Djokovic in the Wimbledon final, according to former British No 1 John Lloyd. As soon as Kyrgios burst onto the scene at Wimbledon aged just 19 back in 2014, it was immediately clear that the Australian was different.

He was always outspoken on and off court, getting in trouble – but also his talent was in abundance. Kyrgios often overstepped the mark with his attacks on umpires and line judges with opponents also calling out his antics.

He’s had his own demons too which have threatened to end his tennis career early as, by his own admission, he fell out of love with the sport. But the 27-year-old has been back to his best on the very same stage he made his breakthrough eight years prior.

Now, competing in his first Grand Slam final, Kyrgios comes up against one of the greatest of all time in Djokovic. It’s set to be a blockbuster contest and Lloyd feels that Kyrgios needs to dig deep for his “nasty” side to knock Djokovic off his stride.

JUST IN: Djokovic ‘desperate’ to catch Nadal but at disadadvantage in GOAT race 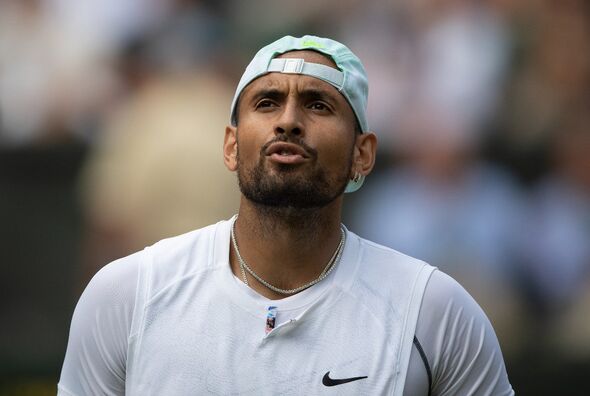 “If I was in Nick Kyrgios’ coaching corner on Sunday, I would tell him to do his thing,” he told the Mail on Sunday. “If there’s anyone who can knock Novak Djokovic out of his comfort zone, it is Kyrgios.

“Djokovic’s mental strength is just great, but when Kyrgios starts winding you up it can be unsettling. And Djokovic will know he’s never beaten Kyrgios — and Kyrgios will know that too.

“Kyrgios is different to anyone else in the way he plays, the way he does things. He’s got one of the greatest serves of all time. He’ll get in your face, he’ll react. He’ll hit some underarm serves out of the blue, serve and volley when you don’t expect it, hit drop-shots from nowhere.

“I’m not a fan of when Kyrgios goes too far, as he did against Stefanos Tsitsipas, but when he’s on his game he’s a genius. I have to say I never envisaged Kyrgios winning a Grand Slam. Not because of a lack of talent, there’s no doubt he has that, but I didn’t think he had the mindset to put it all together for a full tournament. Listening to him, I don’t think even he did.

“Now I just hope he doesn’t go into his shell because it’s the final. Go for it. Do your thing. I think he will. If the umpire lets him, he won’t be worried about etiquette. He’s trying to win a final and will do whatever it takes to do it.”