Wimbledon: Djokovic in seventh heaven after beating Kyrgios in final

Nick Kyrgios had a fiery exchange with a chair umpire in the locker room the day after his Wimbledon third round win over Stefanos Tsitsipas. That is according to Tsitsipas’ mentor Patrick Mouratoglou, who witnessed the incident the following morning.

Kyrgios beat his Greek opponent in a memorable clash on Court One. The Australian wanted Tsitsipas to be defaulted after smashing a ball into the crowd, narrowly missing a spectator.

Kyrgios’ antics got to Tsitsipas, who at times appeared to attempt to hit the ball at the 27-year-old. Kyrgios was in the ear of the umpire throughout the rest of the match before winning in four sets.

And Mouratoglou has revealed how it didn’t stop once the match was over. He said on his YouTube channel: “When he played against Stefanos and he thought that Stefanos should have been defaulted because he hit the ball into the crowd, he spoke about it almost the whole match, and he probably played the best he’s ever played. 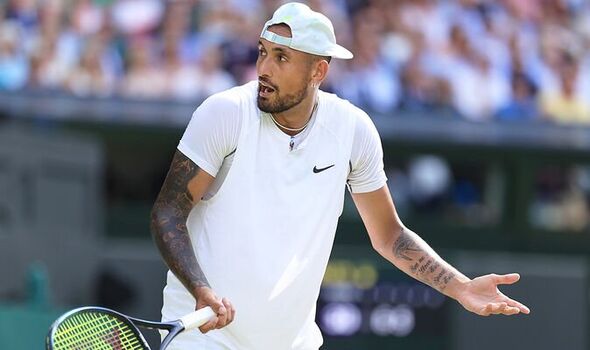 “The next morning I was in the locker room and Nick was still talking about it with another chair umpire or whatever shouting and still into it. He needs it. It brings the fire in himself that he needs to play his best.”

Kyrgios made it to his first-ever Grand Slam singles final but lost to Novak Djokovic. He was typically vocal during the final but Mouratoglou doesn’t think that affected his performance, instead claiming a lack of concentration was what cost him. 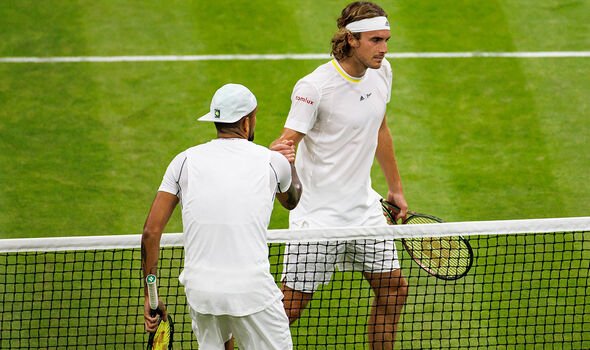 “He got broken two times at 40-15 and 40-0. Because he was leading in the game and serving great, he just lost focus. Then deuce and then again he was in danger.

“So it’s more this element, that he’s struggling to keep the focus every point that is a problem, than the fact he gets angry at people, which actually brings his focus back a lot. He has a lot in common with John McEnroe in this.

“When he’s 40-0 up there’s zero fire in him, he’s calm. That’s where he loses the points. When he gets broken, then he gets angry and then he’s playing good.”