A packed and raucous Rod Laver Arena roared Nick Kyrgios and Thanasi Kokkinakis into the men’s doubles final at the Australian Open.

What began last week as two mates having a good time could well end with a grand slam trophy on Saturday evening.

Rod Laver was as busy as it has been all fortnight, and there cannot have been a bigger cheer than that which greeted Kyrgios and Kokkinakis as they walked out to take on third seeds Marcel Granollers and Horacio Zeballos.

After clinching a 7-6 (4) 6-4 victory, Kyrgios said: “I’ve played a lot of singles matches around the world in amazing atmospheres but this week with Thanasi, nothing beats this, this is insane.”

In the final, they will face another Australian pair, Matt Ebden and Max Purcell, who defeated Britain’s Joe Salisbury and American Rajeev Ram 6-3 7-6 (9) in virtual silence over on Margaret Court Arena. 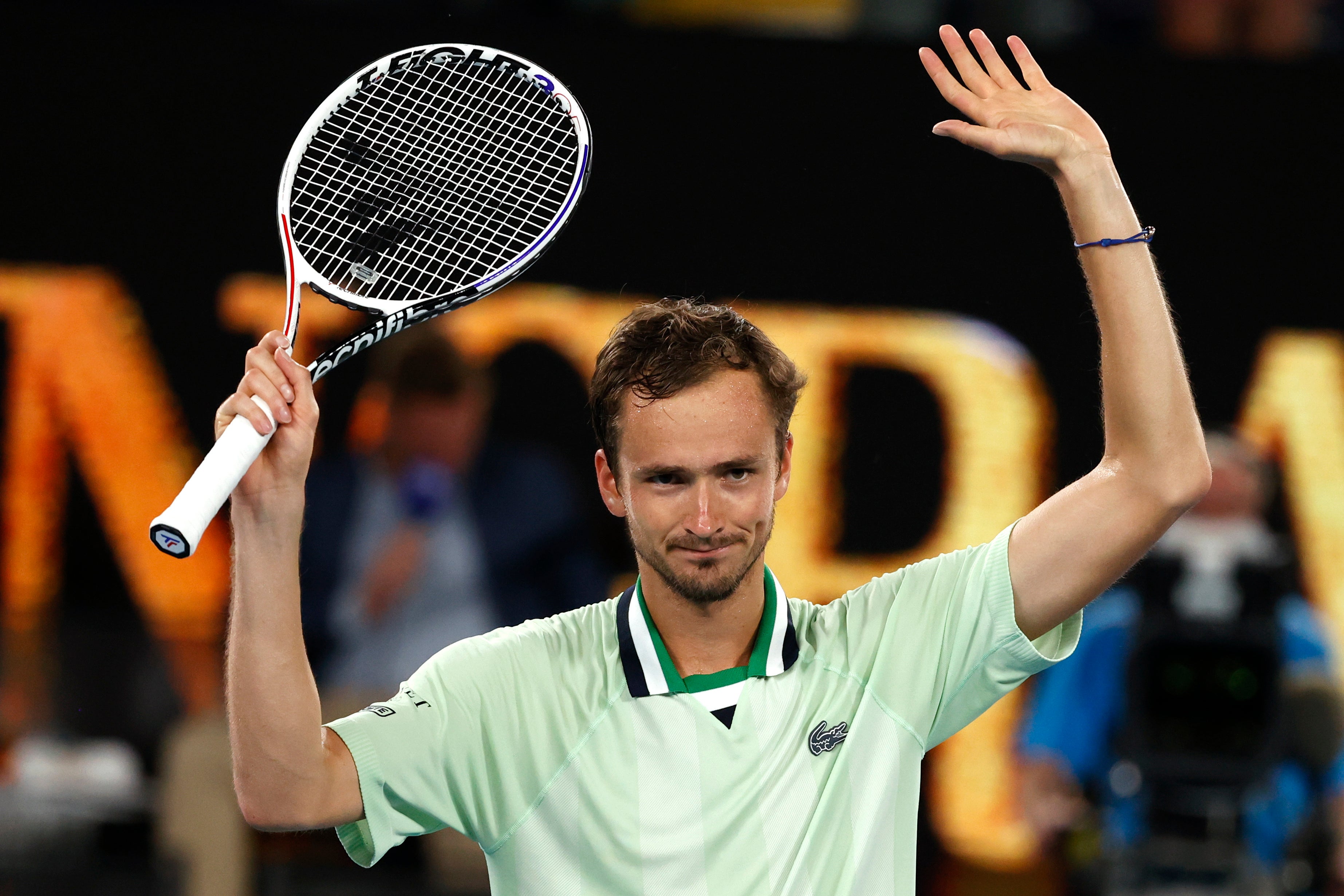 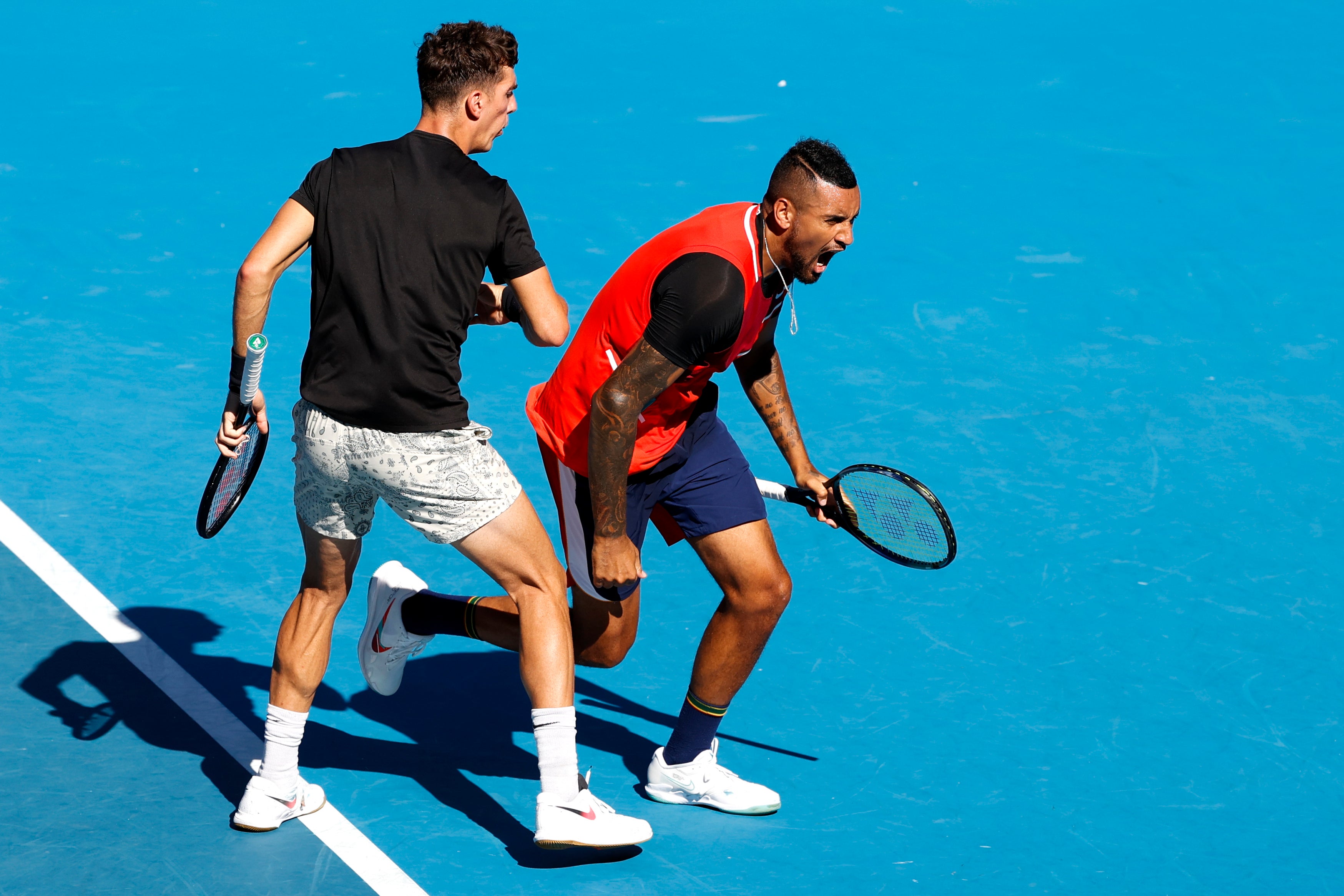 Kyrgios whipped up the crowd immediately, and the noise only grew when the home duo took the first-set tie-break. Kyrgios missed a set point when he tried a shot through the legs but two big returns from the 26-year-old ultimately proved the difference.

The wild cards looked on their way when they broke in the second game of the second set but Kyrgios lost his serve at 4-2, smashing his racket in anger and becoming frustrated with fans calling out before his serve.

It appeared the match might have turned but Kyrgios and Kokkinakis saved their best returning game for the right moment.

When a final lob from Kokkinakis dropped in, the duo threw their rackets high into the air before jumping into each other’s arms.

Unlike previous opponents, Granollers and Zeballos had no complaints about the crowd or the antics of Kyrgios, with the bigger environs of Rod Laver making it less of a bear pit.

Kyrgios was angrily confronted by the fitness trainer of Mate Pavic after their third-round victory over the top seeds, while New Zealander Michael Venus labelled Kyrgios “an absolute knob” following the quarter-final.

Zeballos took a selfie with us before we walked out. That’s how you embrace an atmosphere.

“I think tennis is a sport, as of now, that’s never been talked about as much,” said Kyrgios. “We need more attention, we need more viewers. My goal is to only bring new fans that may not be following tennis to watch tennis.

“If they flick on a match and they have Thanasi and I playing in an entertaining doubles match, they know nothing about tennis, if they watch that match just then, they probably would tune in next time. That’s what I’m about. That’s what I want to bring. I think that’s how the sport is going to survive.

“As to Michael Venus, I’m not going to destroy him in this media conference room right now. But Zeballos and Granollers are singles players. They’ve had great careers. I respect them a lot more than I respect Michael Venus.

“I think the balance was there today. The quality of tennis was amazing. I think the festival atmosphere was still there. I think they embraced it. They knew it was an incredible atmosphere. Zeballos took a selfie with us before we walked out. That’s how you embrace an atmosphere.

“You’re not losing a match and then getting salty about it afterwards. It’s ridiculous.

“It’s not like I’m going out there putting on a clown suit and creating a circus. I have also played, won titles, won big titles, I have played the traditional way. I think now I’m able to channel a different fan base.”

The contrast with the other semi-final, being played simultaneously, could not have been more stark, with fewer than 100 people watching Salisbury and Ram’s match.

The second seeds had expected more of an atmosphere and were hugely disappointed with their performance, especially after missing four set points in the second set.

They were bidding to play in the final for a third consecutive year, and the disappointment was compounded by missing out on being part of Saturday’s show. 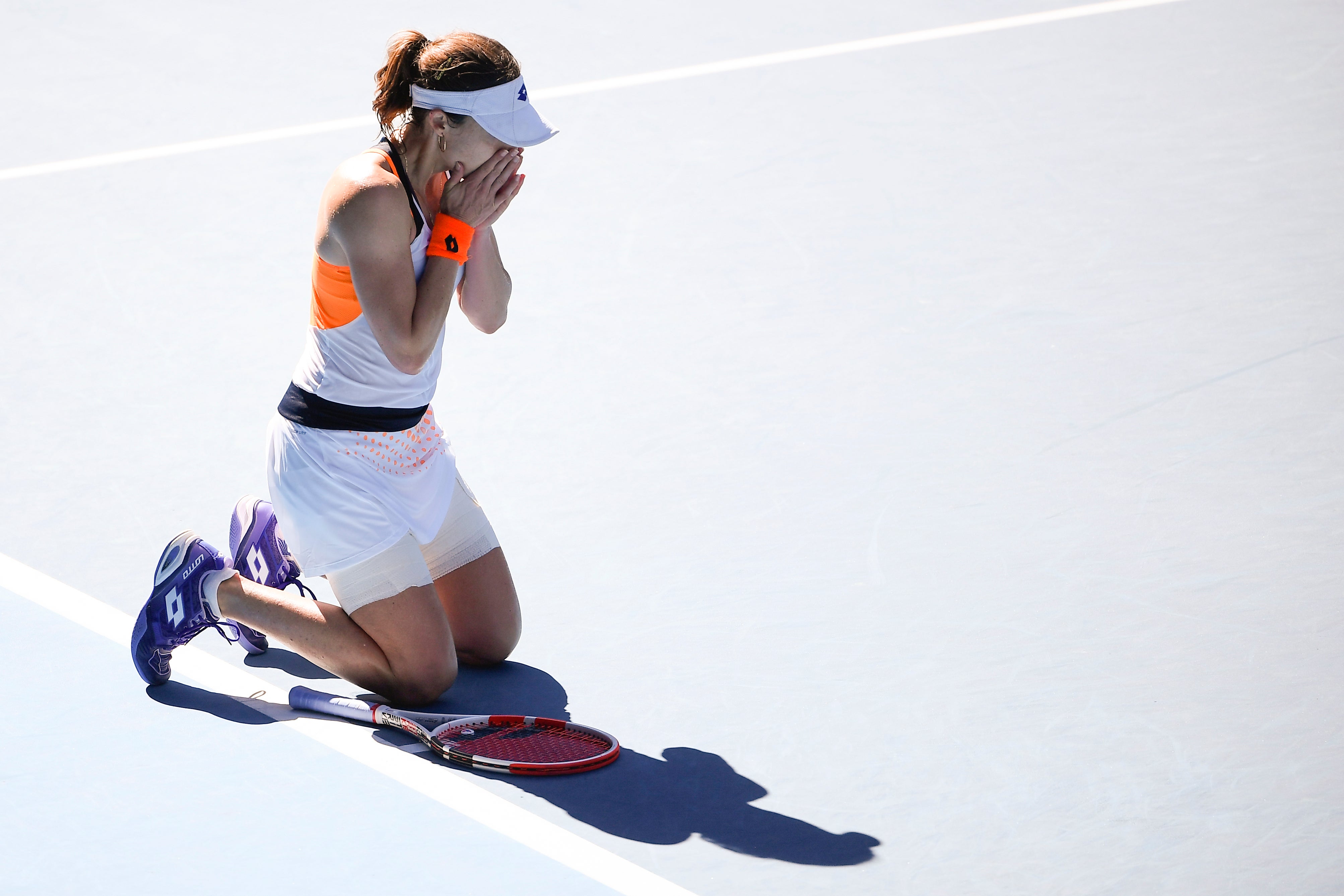 How the atmosphere is affected by having two Australian teams in the final remains to be seen, while it is also likely to be a different demographic to the largely young crowd who have followed the pair so far, but Kyrgios took exception to that line of questioning.

“We have four Aussies in the final,” said Kyrgios. “Can we stop dividing which crowd is going to go for who. It’s f***ing awesome.”