Nick Kyrgios and Andy Murray are in danger of missing out on the US Open after being handed tough draws for the ATP Montreal finals. The pair will both be well aware a strong showing at the hardcourt Grand Slam warm-up event will go a long way to helping secure qualification for Flushing Meadows next month, but tough tests lie in store.

Wimbledon runner-up Kyrgios has been drawn against Sebastian Baez in the first round and, should the 27-year-old overcome the Argentine, he faces the mouth-watering prospect of a showdown with world No 1 Daniil Medvedev in the second. While three-time Montreal winner Murray recently saw his hopes boosted after being handed a wildcard for the Canadian event, the pressure is on to perform.

The former British and world No 1 has been drawn against the tournament’s No 10 seed in upcoming American Taylor Fritz. Should the Scot emerge victorious from the first-round clash, tough challenges lie in wait, with fellow Brit Dan Evans, No 5 seed Andrey Rublev and second favourite Carlos Alcaraz all in his section of the draw.

Both Kyrgios and Murray know that if they are to secure a seeded spot for next month’s US Open, they will need to move into the world’s top 32. At present Kyrgios boasts a ranking of 63 while Murray has recently risen back inside the world’s top 50 after reaching the final of both the Sydney International and Stuttgart Open this year, following a tough spell.

JUST IN: Nick Kyrgios apologises to fan after reviving tradition at Citi Open 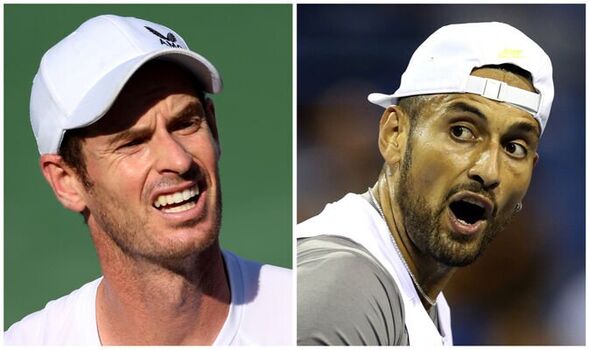 The 35-year-old will be aiming to bounce back to form after suffering a first-round exit in last week’s Citi Open. But despite a 6-7, 6-4, 1-6 defeat to Swede Mikael Ymer in Washington DC, Murray remained confident that he could still book a seeded spot for the fast-approaching US Gran Slam.

“It’s still possible,” Murray admitted. “I would just need to have a good run in Canada or Cincinnati really. 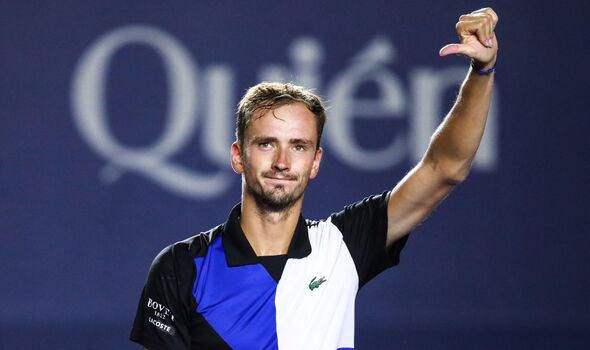 “It’s pretty straightforward if I was to make a quarter-final or a semi-final, which right now — after a loss like that — doesn’t seem realistic. I do feel like if I play very well that I could do that. But I’ll certainly need to play better than I did today.”

While Murray fell at the first hurdle of the Washington Open, Kyrgios has enjoyed greater success. The Aussie fought off five match points in an epic encounter with hometown favourite Frances Tiafoe in the early hours of Saturday to book his place in the semi-finals. Kyrgios prevailed 6-7, 7-6, 6-2 over the American to do his own US Open hopes no harm whatsoever.