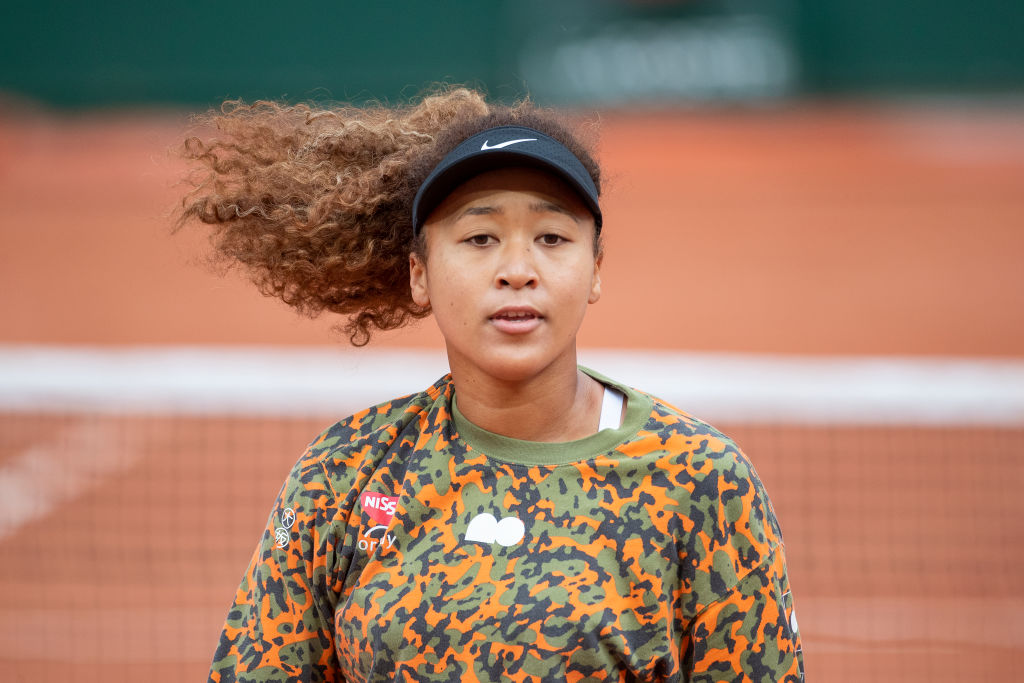 Naomi Osaka stunned the tennis world on the eve of the French Open by announcing she would not be fulfilling her mandatory media duties during the tournament.

Osaka, the four-time Grand Slam champion from Japan, is one of the most prominent athletes on the planet so it’s a big blow to tournament organisers ad the sport as a whole that she will merely play her matches at Roland Garros.

The reigning US and Australian Open champion – who could now receive fines of up to £14,000 per match she plays in Paris – cited the mental health of athletes as one of the key factors behind her decision.

‘I’m writing this to say I’m not going to do any press during Roland Garros,” Osaka tweeted on Wednesday. ‘I’ve often felt that people have no regard for athletes’ mental health and this rings true whenever I see a press conference or partake in one.

‘I’ve watched many clips of athletes breaking down after a loss in the press room… I believe that whole situation is kicking a person while they’re down and I don’t understand the reasoning behind it.’

Affording the repeated fines should be no issue for Osaka, who was revealed to have earned £39million in prize money and sponsorship over the past 12 months – a record for a female athlete.

The 23-year-old is yet to go beyond the third round of the French Open. The latest event begins on Sunday.