Naomi Osaka swept past Serena Williams to end the American’s bid of a record-equalling 24th Grand Slam title with a power hitting exhibition, easing to a 6-3 6-4 victory to clinch a place in her second Australian Open final.

The rematch to their notorious 2018 US Open decider, Osaka proved her status as the new queen of women’s tennis, revelling in the cheers from the Rod Laver Arena crowd as fans returned to the Grand Slam following a five-day lockdown.

And the three-time Grand Slam champion will take on Jennifer Brady, the No 22 seed, with the American edging out Karolina Muchova over three sets (4-6, 6-3, 6-4).

“I did a lot of unforced errors in the first few games. I was really nervous and scared in the beginning and then I sort of eased my way into it,” said the No 3 seed on court.

“It’s just always an honour to play her and I just didn’t want to go out really dud. I just wanted to try my best.” 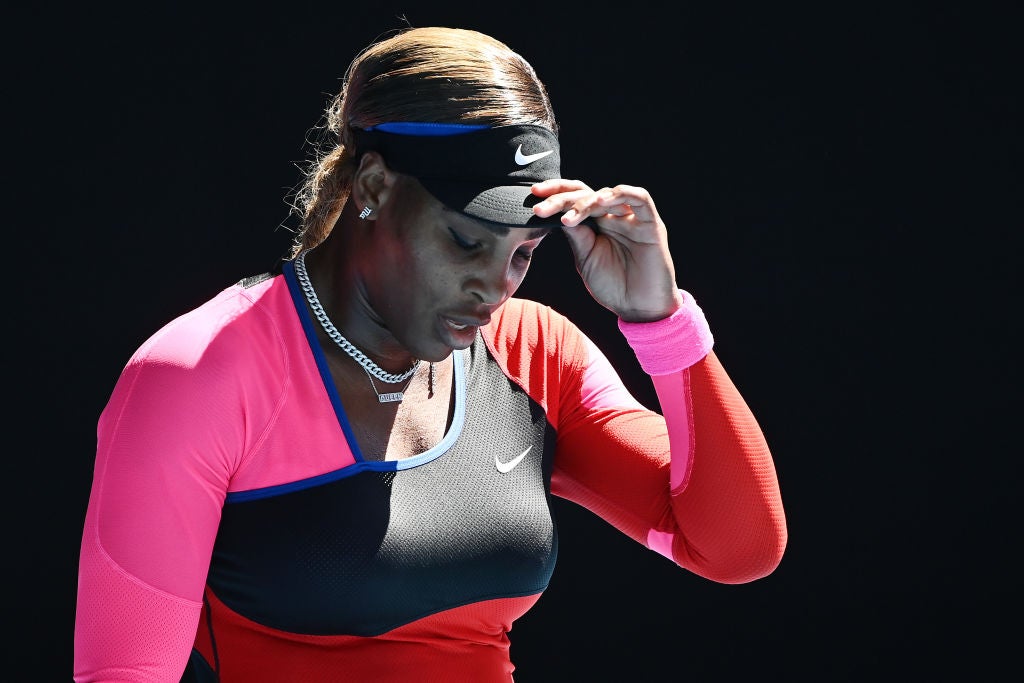 Serena Williams’ future is unclear after the defeat

Williams broke Osaka in the opening game, but the Japanese third seed reeled off five straight games in a devastating display before closing out the set with a blazing forehand winner.

Osaka took Williams‘ serve in the first game of the second set and would not let up until she wobbled with three double-faults to allow the American to break back to 4-4.

But Williams repaid the favour with a double-fault on the next service game giving Osaka three break points.

Osaka converted the first then closed out the match when Williams thudded into the net.

READ MORE: ‘If I ever say farewell, I wouldn’t tell anyone’: Serena Williams breaks down after Naomi Osaka defeat