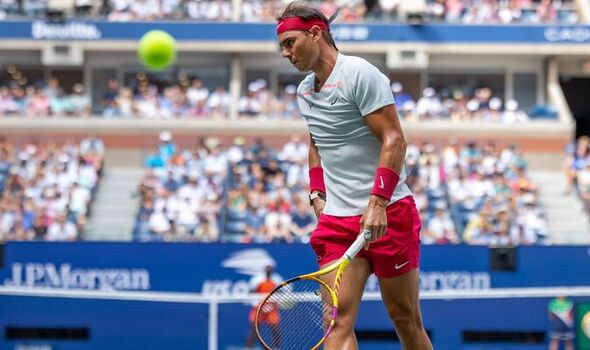 Rafael Nadal’s coach has opened up on the Spaniard’s ambitions with him closing in on the world No 1 ranking. The 22-time Major champion is still in with a shot to reach the top spot for the first time since February 2020 despite losing to Frances Tiafoe in the fourth round of the US Open but Carlos Moya says it’s not the priority.

Nadal has a chance to return to world No 1 for the first time in more than two years following Daniil Medvedev’s four-set loss to Nick Kyrgios on Sunday. He was one of five men who came into the US Open with a shot at the top spot and now just three remain – Nadal, Carlos Alcaraz and Casper Ruud.

The 36-year-old is unable to decide his own fate after crashing out to 22nd seed Tiafoe in the round-of-16 on Monday afternoon but could still ascend to the top if both Alcaraz and Ruud fail to reach the final. And Nadal’s coach has now addressed the Spaniard’s goals with the No 1 ranking in reach.

“Being number one again has a lot of value; ending the year at the top of the rankings, even more so,” Carlos Moya told the ATP. But the retired former pro admitted that Nadal and his team weren’t exhausting themselves to reach the top, claiming it wasn’t a clear goal for the 22-time Major champion.

JUST IN: Emma Raducanu slated by fans as star’s form since US Open win 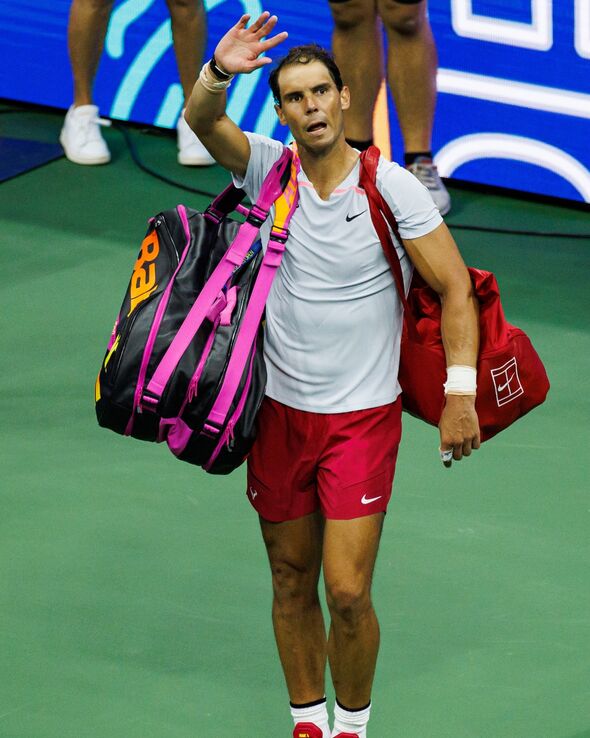 He continued: “If you look at his schedule, it’s clear that it’s not a goal. The most important thing for him is looking after his body and being well for the Grand Slams. But if it’s put in front of him, of course we’ll go for it.”

But the ranking is no longer in front of Nadal, who could have sealed his own fate by reaching the final in Flushing Meadows. He will now rely on his young rivals losing before Sunday’s championship match but has already explained what it would mean to him to return to the top for the first time in more than a year.

Tiafoe names six stars who can dominate after Djokovic, Nadal, Federer
Alcaraz takes step towards granting Nadal wish after 2am US Open win
Tiafoe breaks down in tears after Nadal masterclass at US Open 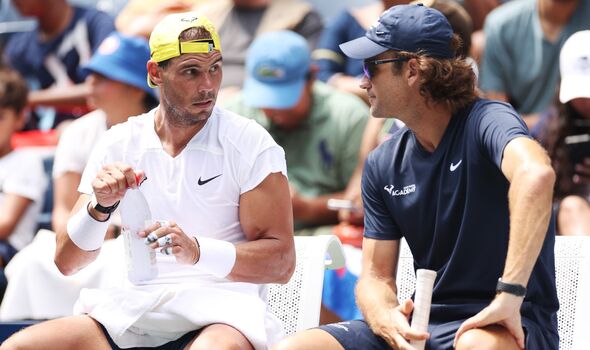 Nadal had a chance to reach world No 1 at his comeback tournament in Cincinnati last month but lost in the first round, denying himself the chance of climbing the rankings. When he still had the possibility of becoming the top-ranked male player, he said: “It means a lot to me to have that opportunity. Something that I didn’t expect could happen again.

“I am going to put all my efforts into every single event I play. It is something that doesn’t matter if I have the chance to be No. 1, but I am happy to be in this position and if it happens, I will be very happy.”