Rafael Nadal’s exit from the US Open has flagged up a remarkable stat involving the Spaniard and fellow icons Rogert Federer, Novak Djokovic, and Serena Williams. The No 2 seed suffered a shock defeat to American player Frances Tiafoe on Monday night, losing 6-4 4-6 6-4 6-3 to end his hopes of a third Grand Slam title in 2022.

The men’s singles tournament was already missing Nadal’s two greatest rivals, with Djokovic prevented from travelling to the US over his continued refusal to be vaccinated against Covid-19. Federer meanwhile, is yet to return to the court since undergoing a third bout of knee surgery in August 2021.

The trio have won 12 US Open titles between them, but this year a first-time winner be crowned with the likes of Daniil Medvedev and Marin Cilic also having exited at the last 16 stage. In the women’s event, Williams was denied a fairytale finish to her career – and a seventh crown at Flushing Meadows – when she was beaten by Ajla Tomljanovic.

And now NBC Sports reporter Nick Zaccardi has revealed an amazing statistic in relation to the absence of the four legends from the last eight. He posted on Twitter: “The last time none of Serena Williams, Rafael Nadal, Novak Djokovic and Roger Federer were in the quarter finals at a Grand Slam: 2003 US Open.” 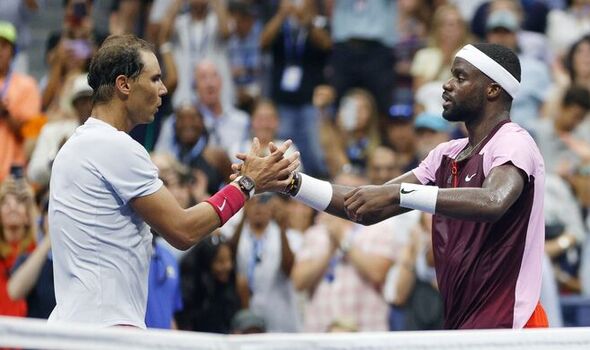 Williams missed the tournament through injury that year, whilst Djokovic reached the third round in what was his debut season as a professional. Federer, who went in off the back of winning his maiden Wimbledon title, lost in the third round to David Nalbandian and Nadal also went out early at the hand of Younes El Aynaoui.

Andy Roddick capitalised to take the title, the last time an American won the men’s event in New York. In the women’s tournament, it was Belgian star Justin Henin who beat compatriot Kim Clijsters in the final.

DON’T MISS:
Cam Norrie crashes out of US Open in Andrey Rublev defeat as all British hopes end
Rafael Nadal rival makes Serena Williams gesture with clothing item in US Open clash
US Open accused of bungle as Cameron Norrie left waiting in rain for court roof to close 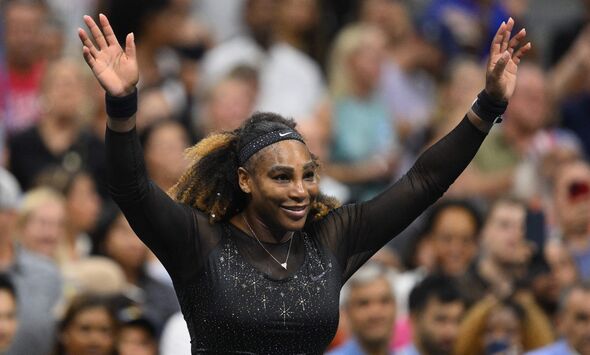 It’s highly unlikely the quartet will ever all feature in the latter rounds of the US Open at the same time again, with Williams, 40, having seemingly bid farewell to the sport. Doubts also remain over Federer’s future in tennis, despite his plans to return at the Laver Cup this month.

Nadal himself also refused to give a return date after his loss to Tiafoe, saying: “I need to go back [home], fix things and I don’t know when I’m going to come back. When I feel ready mentally to compete again, I will do it”.