Rafael Nadal ignored family orders to quit before soldiering through to the Wimbledon semi-finals with a sensational comeback win over Taylor Fritz.

His father Sebastian and sister Maria were both caught by the television cameras frantically gesturing from the players’ box for him to forfeit Wednesday’s last eight encounter as he battled abdominal pain.

But after taking a medical timeout midway through the second set, the Spaniard roared back to set up a Centre Court showdown with Nick Kyrgios on Friday. 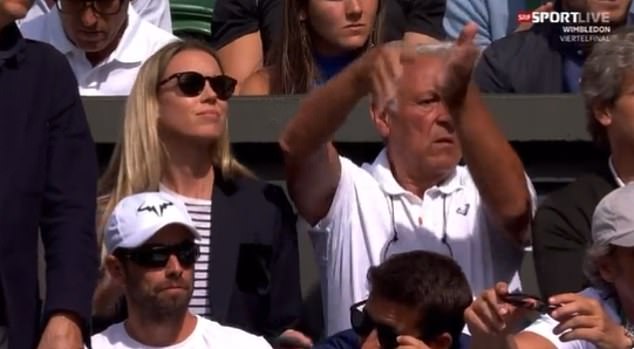 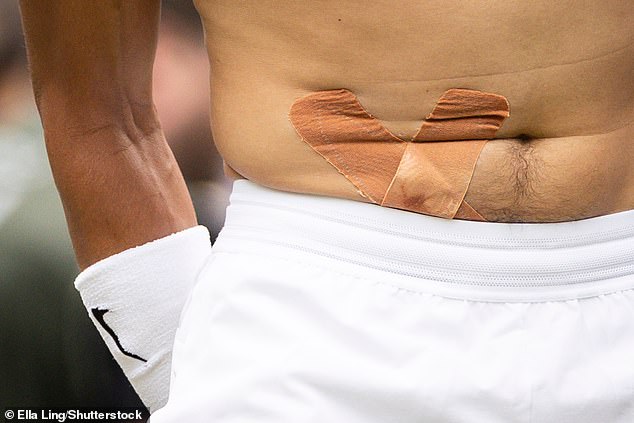 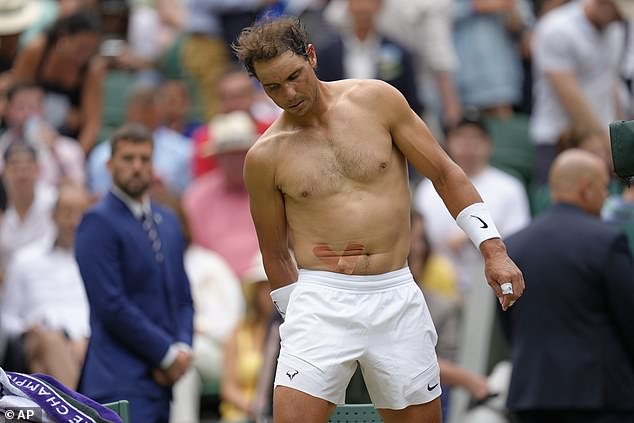 And Nadal, 36, confirmed afterwards that he continued playing despite his concerned family urging him to stop.

It remains to be seen whether 22-time Slam winner Nadal is fit to take on the Australian for a place in the final.

Nadal said: ‘I thought that I would not be able to finish the match.

‘It is true that both my father and sister kept asking me to quit.

‘But the energy of the court has helped me so thank you for that.

‘It is tough to retire in the middle of a match. It is something I hate to do.

‘It is not easy to leave Wimbledon, even if the pain was hard. I prefer to win, with victory or defeat.’ 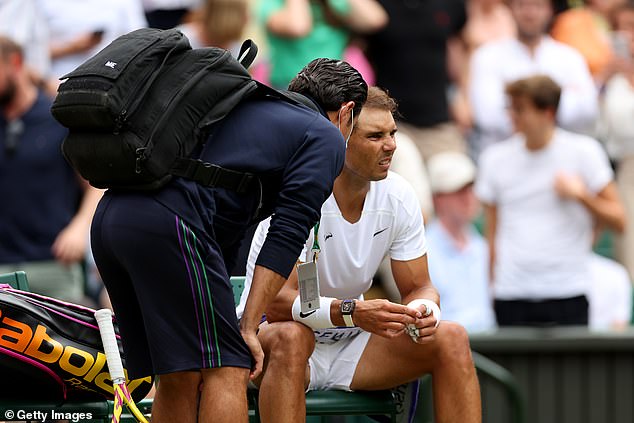 Asked if he would be able to continue in the tournament, he added: ‘I don’t know. I am going to have some more tests but it is difficult to know.

‘I had these feelings for a couple of days, but without a doubt, today was the worst day. There has been an important increase of pain and limitation.

‘I am worried. I don’t have a decision. I need to know different opinions and I need to check everything the proper way.

‘There is something more important than winning Wimbledon and that is health.’ 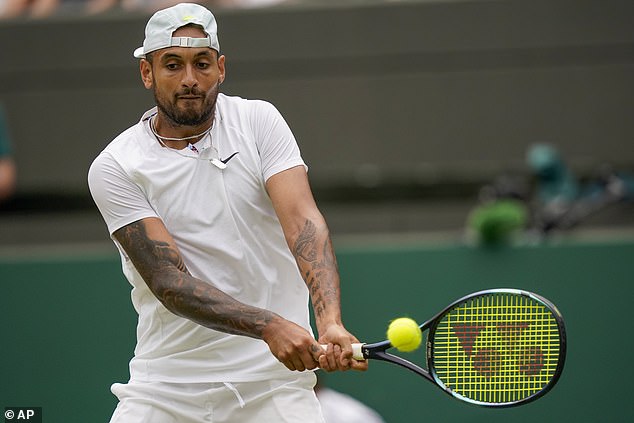 Nadal’s father Sebastian appeared to tap his wrist, as if to tell his son to call time on his hopes of winning a 23rd Grand Slam title, and then seemed to usher him off the court.

His sister Maria Isabel and pregnant wife Xisca also watched on anxiously as he grimaced his way through the quarter-final.