Special K’s are reunited! Nick Kyrgios and Thanasi Kokkinakis earn first round doubles win at the Atlanta Open as tennis bad boy looks to put Wimbledon heartbreak behind him… but Aussie pair could face each other in the singles!

Nick Kyrgios has made his first appearance back on court after his Wimbledon final heartache as the Australian superstar got back to winning ways alongside close mate Thanasi Kokkinakis.

Fresh from a spell in the Bahamas with his girlfriend Costeen Hatzi, the 27-year-old romped to straight set victories in the first round of the men’s doubles at the Atlanta Open, winning 7-6 (10-8), 6-3 against Nicolas Mahut and Édouard Roger-Vasselin.

Kyrgios and Kokkinakis – known as the Special K’s back home – delighted fans by winning the Australian Open men’s doubles title earlier this year and after dropping out at SW19 owing to Kyrgios’s progression in the singles, will want to go far this time around with the US Open looming. 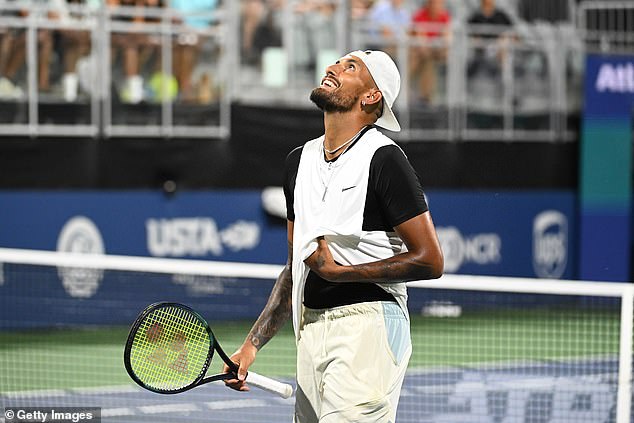 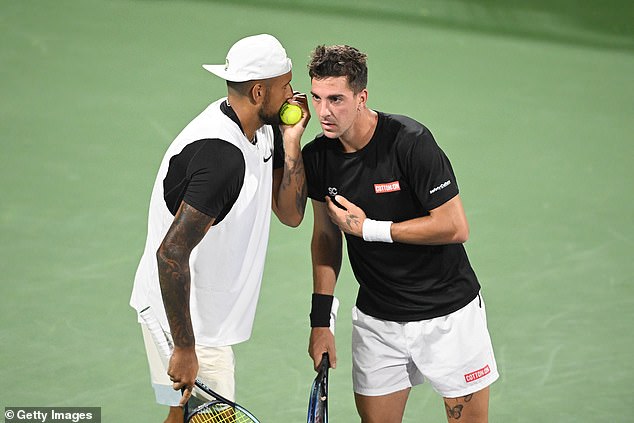 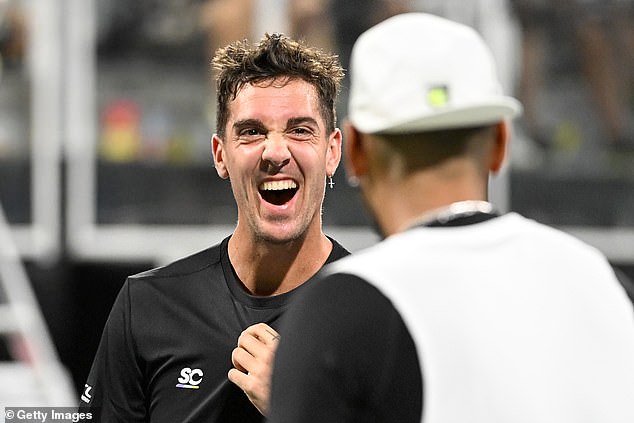 However, the pair are on a collision course in the singles competition, which begins on Tuesday.

Kyrgios is expected to sail through when he takes on a qualifier while Kokkinakis, 26, is the bookmakers’ favourite when he comes up against American qualifier Andres Martin.

Should the pair both win their first round matches, they will face one another in round two. The close mates have never done battle on the ATP Tour before. 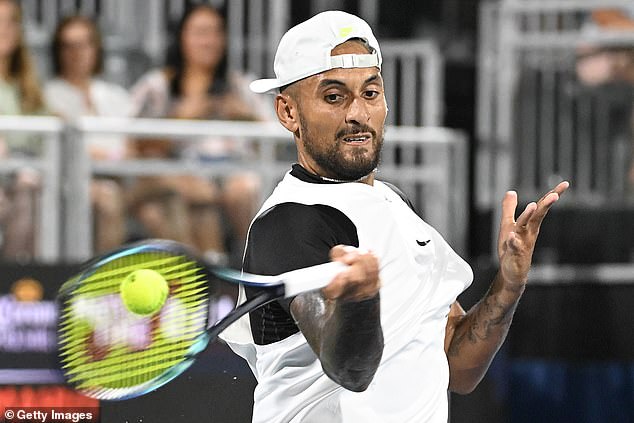 Kyrgios will feature at the Washington Open before the final Slam of the year, where he will partner up with America’s Jack Sock instead of Kokkinakis in the men’s doubles.

The 27-year-old took the opportunity to aim a dig at Stefanos Tsitsipas – the man he conquered in a feisty fourth round battle at Wimbledon – when confirming he’d play alongside Sock.

‘I am going to play doubles with Jack Sock in Washington,’ he said. ‘I have had Stefanos (Tsitsipas) as a partner there in 2019, so can’t get much worse than that.