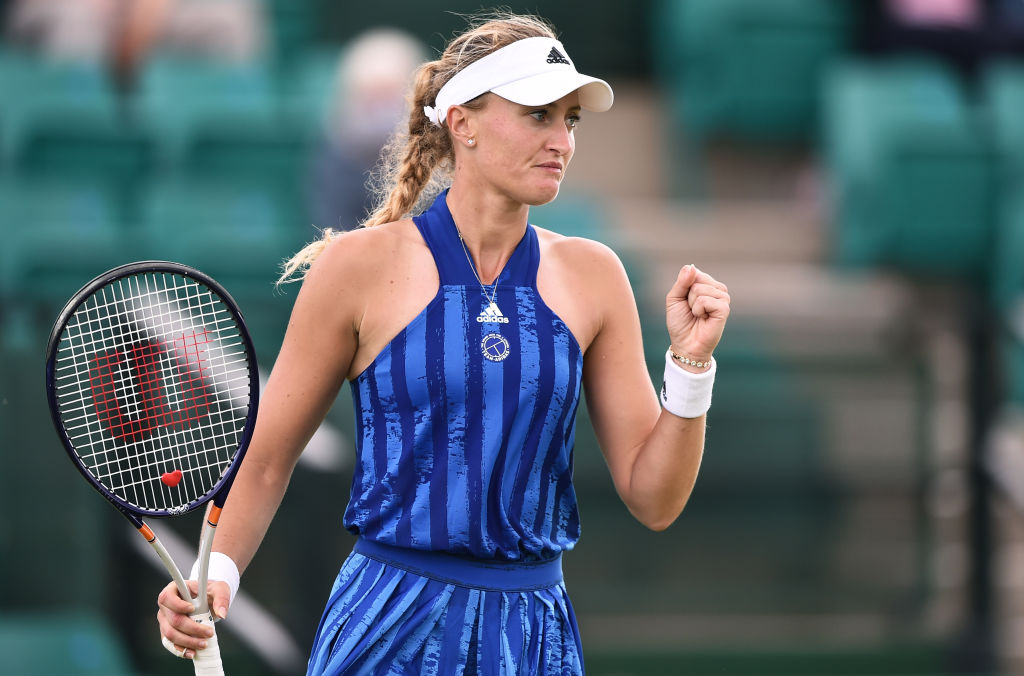 French tennis player Kristina Mladenovic was handed a $7,500 (£5,400) fine at Wimbledon after a family member clashed with tournament staff.

It’s understood the incident took place after her surprise doubles loss with partner Timea Babos. The second seeds were thumped 6-1 6-2 by Zarina Diyas and Arina Rodionova.

Mladenovic, a former top-10 singles player and doubles world No. 1, was then attempting to arrange private transport back to the hotel bubble but was told by the transport desk that she would have to get the shuttle bus.

A family member then launched an angry tirade at shocked staff members, with security having to intervene.

She was slapped with a fine of $7,500 (£5,400) for unsportsmanlike conduct, with tournament organisers confirming it was due to an ‘off court matter’.

It is the biggest fine of the tournament so far – more than double any other fine.

Nick Kyrgios has been handed two fines, which totalled $2,000 (£1,400) less than Mladenovic’s infringement.

Mladenovic was beaten comfortably in the singles 6-4 6-0 by Elena Rybakina in round one.

She also withdrew from mixed doubles with compatriot Nicolas Mahut having been scheduled to play Indian pair Rohan Bopanna and Sania Mirza.

While Mladenovic will have to pay a heavy price, her compatriot Benoit Paire was more fortunate, escaping a fine for a lack of effort.

He was heckled by the Wimbledon crowd and handed a code violation by umpire Mohamed Lahyani in a straight sets defeat to Diego Schwartzman on Monday, however, Grand Slam chiefs reviewed the case and decided against fining him.

Metro.co.uk has reached out to Mladenovic’s representatives for comment.